Amron Boy announced himself as one of the country’s most exciting pups by winning by 15 lengths on debut at Sandown Park on Sunday. 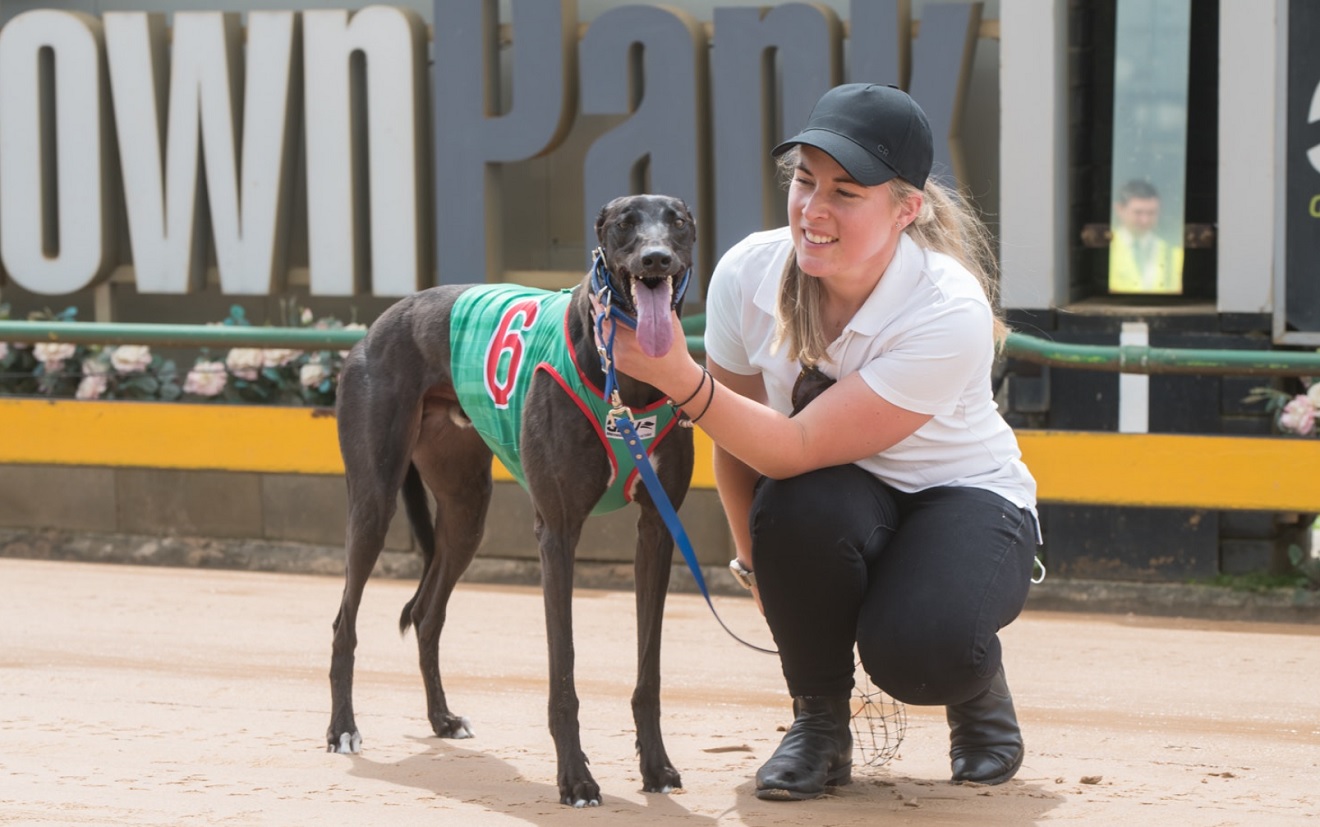 Amron Boy announced himself as one of the country’s most exciting pups when winning by 15 lengths on debut at Sandown Park on Sunday.

The Brooke Ennis trained son of Zambora Brockie was one of the last away in the day’s opening event, jumping from box six and colliding with Jacarli in box five soon after box rise.

But despite his early troubles, Amron Boy improved to fourth passing the post the first time and soon found the rails, allowing him to power to the front as the leaders drifted off the track entering the back straight and from there was never challenged.

He extended his lead at every post before hitting the line in 29.31 – 15.25 lengths clear of the runner up.

It was the fifth fastest maiden win recorded at Sandown Park and the fastest since Wow She’s Fast win by 27 lengths in 29.09 in September last year.

“That was his first 500 too so I wasn’t really sure what to expect from up the back to the line. He’s shown a bit more speed in trials than he showed yesterday, but from box six and with other dogs around he just didn’t quite get that right.

“I don’t think 29.30 is the quickest he’ll go around there with the ability he has shown in trials, it’s just a matter of getting it all right on race night.

Still just 19 months of age, Amron Boy will return to Sandown Park this Sunday as he continues his preparation for the $460,000 Launching Pad series commencing in March.

While Ennis was bullish about Amron Boy’s potential, he believes he will need to continue to improve – and need some luck – to be competitive in the series.

“We bought a Launching Pad ticket for him so hopefully in the next three or four weeks he can win some more races and get some more education,” Ennis said.

“There are some really good young dogs around at the moment – he ran 29.31 yesterday but there’s been a few dogs that have run around that time that are heading that and probably have a bit more experience than him.

“Obviously we’ll have a go at it but it’s going to be a learning experience. Basically, those young dog races come down to box draws.”