ZIPPING Rambo will return to the Sandown 715m trip for the first time since his Sandown Cup win when he takes his place in a Gr8 Eight on Thursday. 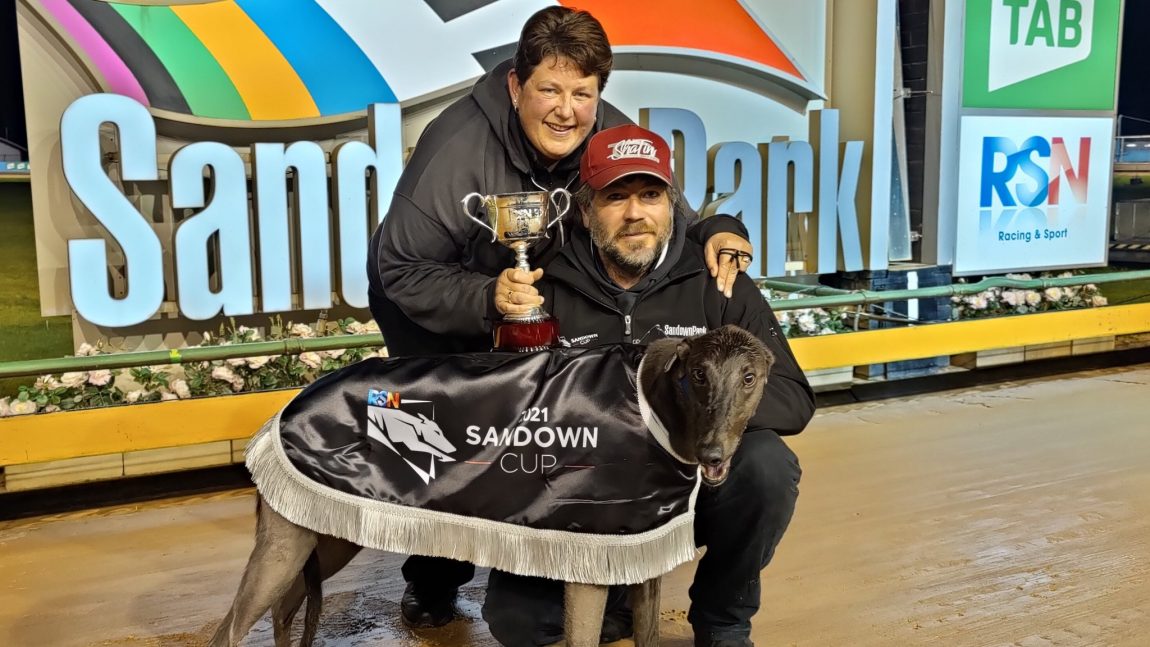 ZIPPING Rambo will return to the Sandown 715m trip for the first time since his RSN Sandown Cup triumph when he takes his place in a Gr8 Eight on Thursday night.

But trainer Mark Delbridge is cautious about his Group 1 winner’s chances, admitting his preparation for the race have been less than ideal.

Six days after claiming the world’s premier distance race, Zipping Rambo returned to claim the Racecallers Speed Star over 595m but then took two weeks off, though the time away from the track was intentional.

“He’s going alright. He hasn’t had the best preparation I suppose because after the Speed Star I haven’t been able to get a race for him,” Delbridge said.

“I did nominate him a few times over 700m at the Meadows but there just hasn’t been the nominations. It’s hard. He’s a grade 3 over 595m at Sandown and he’s grade 3 over 600m at The Meadows and it’s hard to get a free for all over those distance.

“I didn’t really want to put him in that race against Christo Bale (the 600m Gr8 Eight at the Meadows last Saturday), but I would have had taken a punt of a 700m race and if he didn’t get a start I would have missed out for another week.

“I’ve trialled him a couple of times and had that run over 600m so he should go alright anyway I reckon, but it depends on what the red (Hank The Hustler) does.”

Zipping Rambo has proven to be one of the most versatile greyhounds in the land since arriving at Delbridge’s Balliang kennels.

He’s also run some of the fastest times seen at Sandown Park. His 41.716 RSN Sandown Cup win was the fourth fastest ever victory in the race, and his first win over 595m was the second fastest ever seen (33.659).

While he is yet to win over 515m, he did run the fastest time seen by a greyhound running second (29.102) when beaten a head by Eagles Nest Egg on Melbourne Cup night last November.

So what does Delbridge believe is Zipping Rambo’s best distance?

Beyond Thursday night’s Gr8, Delbridge will target the $55,000 group 2 McKenna Memorial over 595m with Zipping Rambo where he will join as many as six other runners from the Delbridge kennel, some of which will step out on Thursday night.

Mark Delbridge’s thoughts on his other runners on Thursday night.

Graclyn Bale (race 5 number 4) – “She seems to race better at Sandown than the Meadows, so I can’t see why she couldn’t win.”

Talbingo Bale (race 10 number 5) – “It depends on how he begins. If he begins, he has every chance and I’d expect him to run 29.40. I’ve got big wraps on him but he’s just doing a few things wrong and has drawn some bad boxes – he has box 5 here.”

Jepara and Providence Bale will renew acquaintances in the 515m Gr8 Eight on Thursday night after running 1-2 in a Free For All at The Meadows last Saturday night. Jepara’s victory ended Providence Bale’s run of seven consecutive victories and holds narrow favouritism for the $21,000 race.