THE Rookie Rebel was already very special to Mark Delbridge and it became even more so when he won for the third time, courtesy of Jarick Bale. 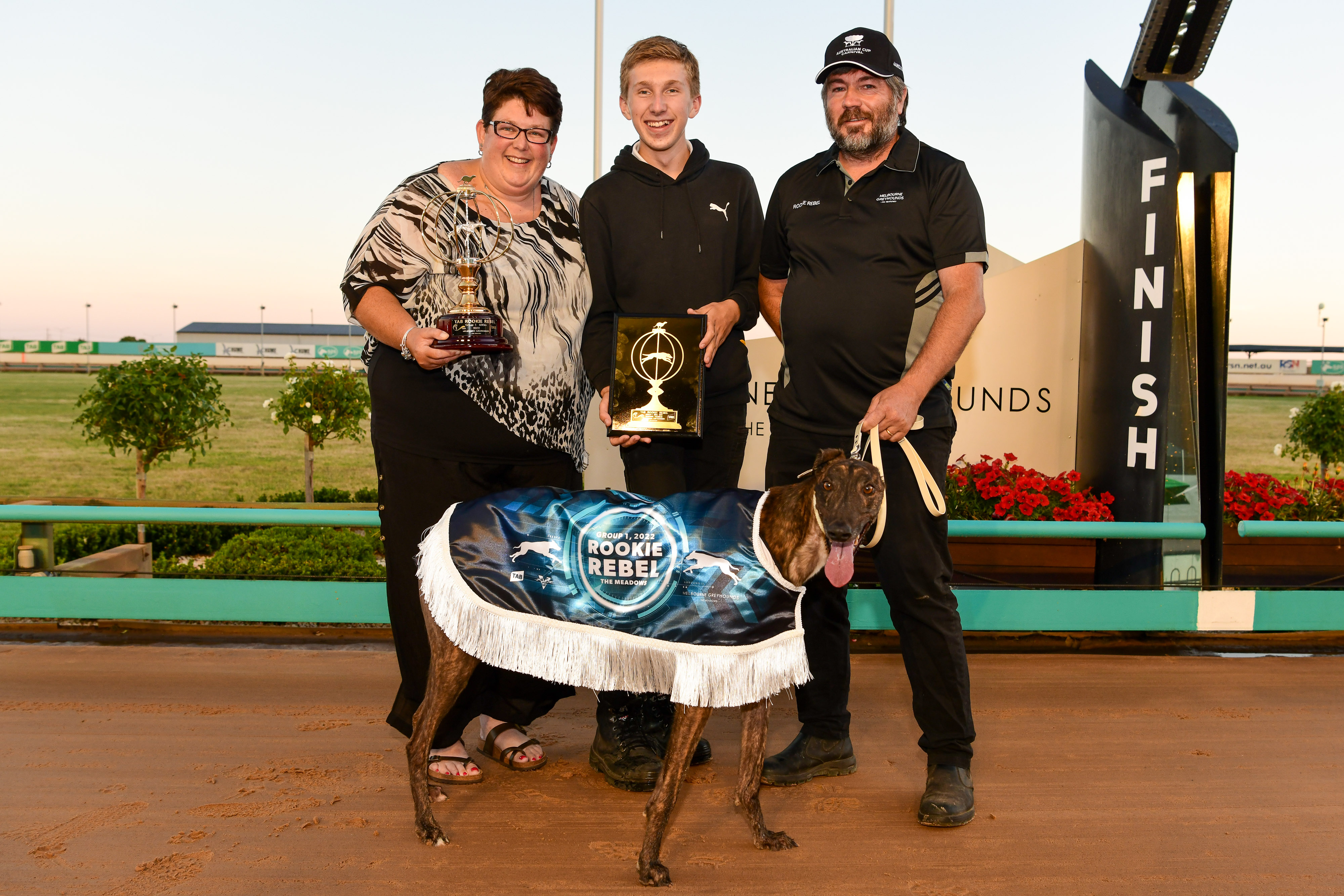 THE Group 1 TAB Rookie Rebel (600m) was already a very special race to Mark Delbridge and it became even more so on Saturday night when he won the middle distance invitational for the third time, courtesy of Jarick Bale.

Delbridge and wife Lisa won the Rookie Rebel for the first time in 2010, when the race held G2 status, with Flash Of Light, a greyhound the Balliang mentor credits with putting him on the greyhound racing map.

He then celebrated his first Group 1 victory when Dyna Dean won the 2018 Rookie Rebel.

Jarick Bale, a well-bred son of The Meadows 525m record holder Allen Deed and Houston Bale, raced by the Wheeler family, claimed his second G1 victory in the Rookie Rebel, after winning the Sale Cup (650m) on December 26.

After winning his past two starts, including the Listed Maidment Memorial (595m) at Sandown Park, Jarick Bale was the $4.30 second elect from Box 3 in the $75,000 to-the-winner Rookie Rebel.

NSW star Jungle Deuce (Box 1), chasing an eighth straight win, was $1.80 favourite, with McCooly’s Lad (Box 2) at $7, the only other runner at single figures.

McCooly’s Lad was the early leader, with Jarick Bale and Aston Ulysses ($16.20) in close attendance.

Aston Ulysses took over in the back straight and forged clear but Jarick Bale finished powerfully along the rails in the home straight to score by 1.46 lengths in 34.02sec, with Mepunga Warrior ($13.60) third and Jungle Deuce fourth. 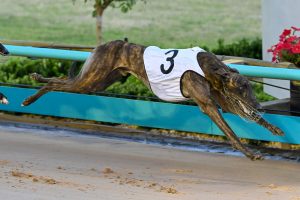 “It was terrific,” Delbridge said to Sky Racing’s Jason Adams.

“He didn’t get out too bad and when he was second I thought I’ve got every chance, but then the six (Aston Ulysses) went up on the outside.

“But he still proved to be stronger than the six and that was it.”

Jarick Bale, the winner of 22 of his 57 starts and almost $275,000 in prizemoney, is a half-brother to Delbridge’s former middle distance star Christo Bale, a six-time G1 finalist that won the G2 McKenna Memorial twice.

“Christo Bale is the best but this bloke isn’t far behind,” Delbridge said.