BUDDING star Destruction demolished his rivals in a devastating display in his Launching Pad semi-final at Sandown Park on Thursday. 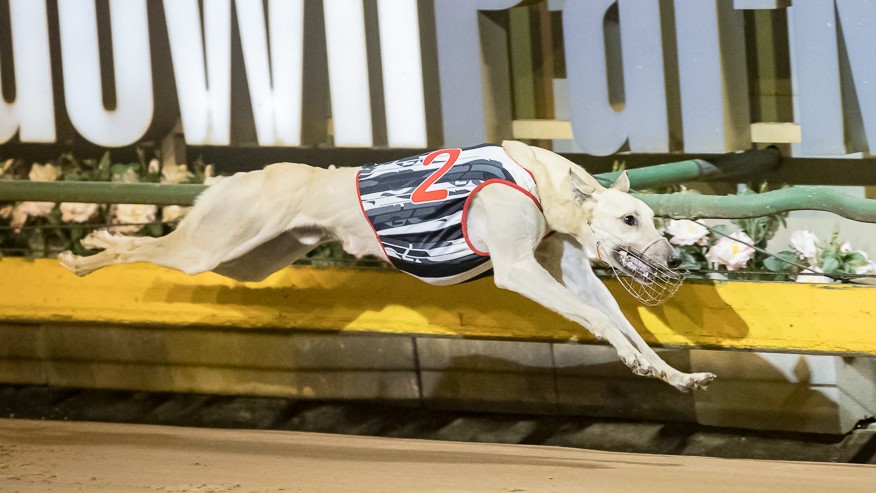 DESTRUCTION demolished his rivals in a devastating display in his Launching Pad semi-final at Sandown Park on Thursday night.

Jumping from box two, Destruction was pressured early but held his place on the rail through the first turn and from there was never headed, charging into the $210,000 final five lengths clear of Fernando Mick.

His winning time of 29.39 was not only the fastest time he’s recorded at Sandown Park but the fastest of the four semi-finals.

Destruction earned his place in Launching Pad series by winning a ticket via the qualifier at the beginning of the month and is now among the leading chances in next Thursday’s $210,000 final.

“He won his ticket to get through – he was just a young immature pup learning so we thought we’d give him a bit of experience. We didn’t expect him to come this far but he’s done super.”

Destruction has lowered his time at each of his last three starts, courtesy of his improving box manners.

“He doesn’t normally begin, but he began much better tonight. I know his run homes are very strong and it would take a fair sort of dog to come from behind.”

Earlier, Wedding Or Baby caused the upset of the night when he upstaged series favourite Aston Rupee to claim his semi-final in 29.69.

He started at $81 with TAB fixed odds, the equal second highest priced winner at the track in the fixed odds era and the longest since April 2020.

As impressive as his win was, it was the effort of runner up Aston Rupee that caught the punter’s attention. After finding early trouble, Aston Rupee stormed home to get within a length of the winner, a performance that saw the punters snap up the $3.60 price for the final once the box draw was released and is now the $2.80 favourite to claim the finale.

A race later, Kuro Kismet turned in a similar performance when powering home to run within a length of Sid Core, which also caused the upset by scoring at $26 in 29.56.

In the night’s opening semi-final, Hadouken became the only undefeated greyhound in the series when he led all of the way to win in 29.61 over Mepunga Reject.

The final of the three week Launching Pad will be run at Sandown Park on Thursday April 1st.