STAND-IN trainer Jedda Cutlack was more relieved on Saturday at Ipswich than when she landed the Silver Dollars at Albion Park two weeks ago. 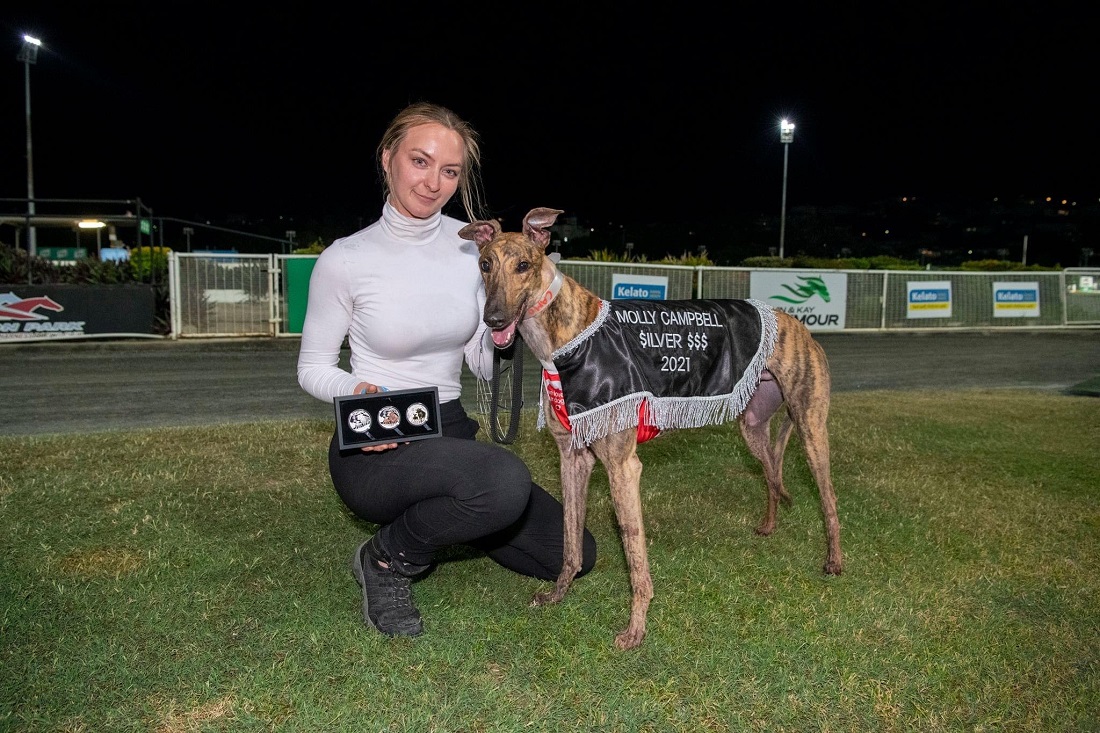 STAND-IN trainer Jedda Cutlack was more relieved on Saturday night at Ipswich than when she landed the Molly Campbell Silver Dollars at Albion Park two weeks ago.

That’s because Jedda, minding the Tom Tzouvelis kennel while he is in hospital, landed all three heats of the Ipswich Derby.

“I felt better winning the three heats than I did the Molly Campbell final with Showdown,” Cutlack said.

All three heat winners were bred and are raced by Peter and Sonia Davis, Showdown is by SH Avatar and Sawadee, while Strategise and Sleuth are littermates by Allen Deed from Dokmai.

“Yes, it was a good night,” Cutlack added.

Of Showdown she was relieved he was able to come off the eight box to win.

“At his only other run at Ipswich he came out ordinary and never ran on at all,” she said. “I was worried from the eight box he might put in something like that.

“But he began well and went great. I would prefer him from an inside draw in the final (he has the seven) but if he can begin again, he will be hard to beat.”

Sleuth went the quickest of the heats and is a pocket dynamo at just 28.4kgs.

“But, to look at him, he is very well proportioned and doesn’t look that small until you put him on the scales,” she said.

“He is the only male in the kennel who we have to dig out a bitch’s muzzle forwhen he goes racing. He is the best of our three finalists.”

Of Strategise she believes the dog is getting stronger with more racing.

Tom was in his hospital bed last night watching closely.

“Gee, I’ve got plenty of time to do the form these days,” he said. “And, what a great job Jedda is doing with the dogs. We talk every morning about the plans for the dogs.

“Jedda has learnt so much being part of our operation and we could not do without her especially since I’ve been to Darwin and then Townsville with some of the dogs for their Cups.”

Tzouvelis had a cancer scare back in December and is undergoing tests in hospital now. He expects to be out of action for a few weeks at least.

The Tzouvelis kennel also has This Is Real in the Futurity final.