TRAINER Des Douch is confident his triumvirate of Launching Pad contenders can mark on the $460,000 series when heats kick off on Thursday night. 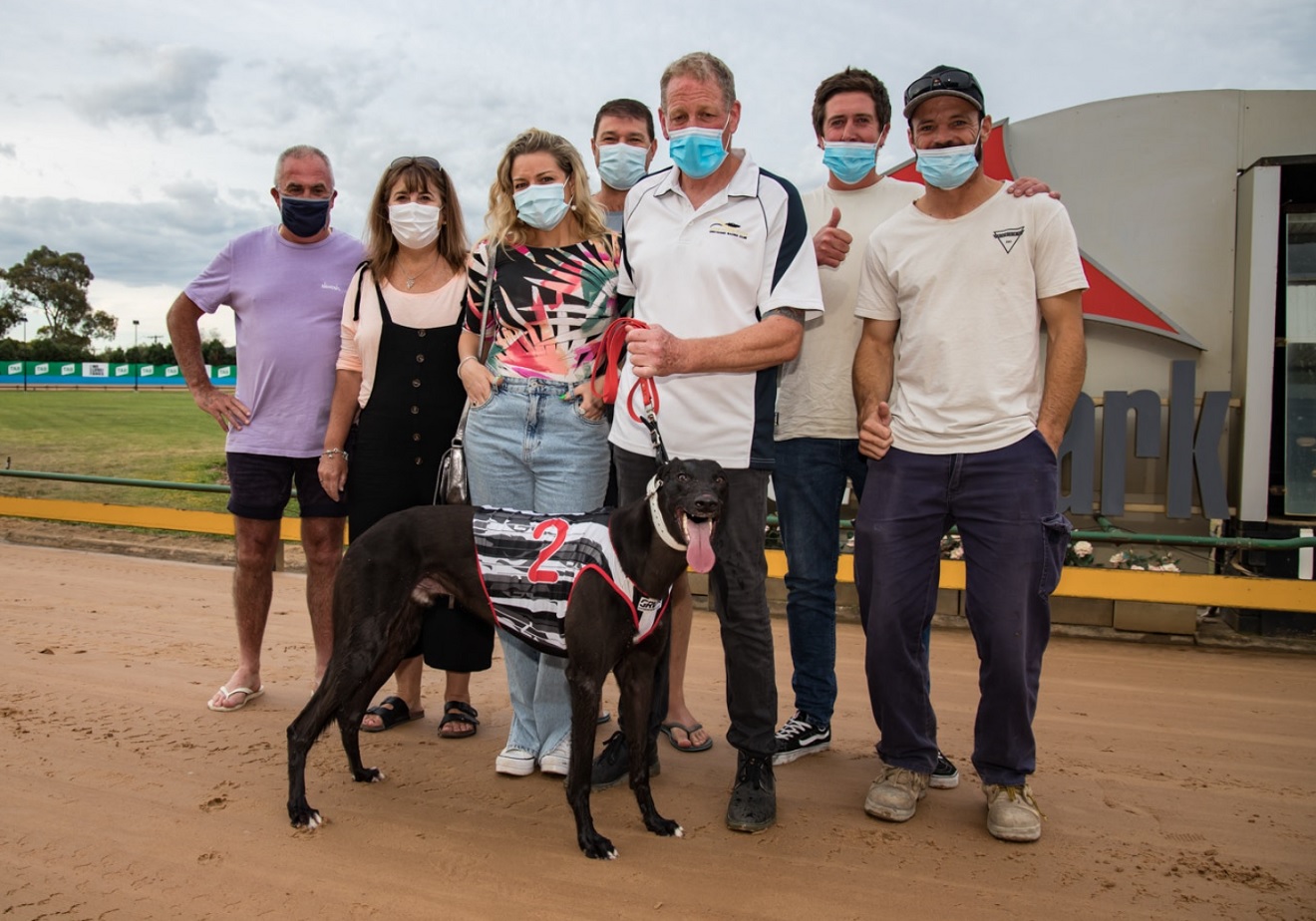 TRAINER Des Douch is confident his triumvirate of Launching Pad contenders can make a mark on the $460,000 series when heats kick off on Thursday night.

While emerging stars Wow She’s Fast, Amron Boy and Big Opal Rocks have stolen the headlines ahead of the slot race series, Douch has quietly gone about preparing his campaign with three promising pups of his own – Three Wishes, Magical Mavis and Here Comes Pie.

“There’s some good dogs about so we’ll just have to wait and see how we go with it, but I can tell you – mine are well and jumping out of their skin.”

Based in the small Gippsland town of Maffra, Douch has had a stellar start to 2022 boasting a 38% winning strike with 72% of his runners finishing in the first four. And that is telling given the first four in each heat will progress to the semi-finals of the three-week series.

Restricted to greyhounds with 1-6 wins and no more than 30 starts and with $150,000 for the winner of the final, it often pays to follow greyhounds that have showed ability – and improvement – entering the heats, and Douch’s three runners fit that bill.

Here’s what Douch had to say about each of his runners ahead of the heats at Sandown Park on Thursday evening.

Des says: “She’s improved all the way through. She’s a nice little dog and she’s trialling really well but she really needs the fence so she’s going to struggle from out there.

“I raced her at Traralgon (26/1) and she got a little hock injury so I gave her time off and came back for that race against Wow She’s Fast (at Warragul 15/3). She was never going to beat the winner but she ran a nice race first up considering where she was with her fitness. Since then she’s gone well, trialled well, but drawn the pink that’s not ideal at Sandown for her.”

MAGICAL MAVIS (6) has returned from four months off in amazing fashion with an eight-length romp in 24.600 seconds at Sale (440m) for trainer Des Douch.

Des says: “She goes good. She raced the other day (26 March at The Meadows), first time over 500m, first up from a spell and she went enormous. She had to work hard, I was absolutely rapt with her run and she’s been bouncing since so I expect her to run a good race. The good thing is she has pace and is strong.”

ICYMI: HERE COMES PIE (1) – grandson of a G1 #SapphireCrown finalist – got a big ‘slice of pie’ at Warragul yesterday.

Des says: “He can run, but he’s like a young bloke going to the pub on a Saturday night – always getting into trouble. He’s just got to learn to stay out of trouble. He ran good time at Sandown, he’s run good time at Bendigo over 500m. He’s not brilliant out and he wants to look for the fence so I’d like him running third or fourth out of the straight and he can rail his way right into it – he’s just got to avoid trouble.”

“Because of her pace which is a big asset in any race but especially at Sandown. If she can find the front out of the straight and put up a bit of a break on them, she’s not weak and will run out a strong 500m.

“She has trialled at Sandown twice and has gone very good. Her first time she went best of the day and she went better on her second.”

The first of eight Launching Pad heats will jump at 7.04pm.