WHEN Tanya Nieuwendyk saw the box draw for the Chief Havoc Cup her first thought was that nothing had gone the best for her dog Devil Dodger. 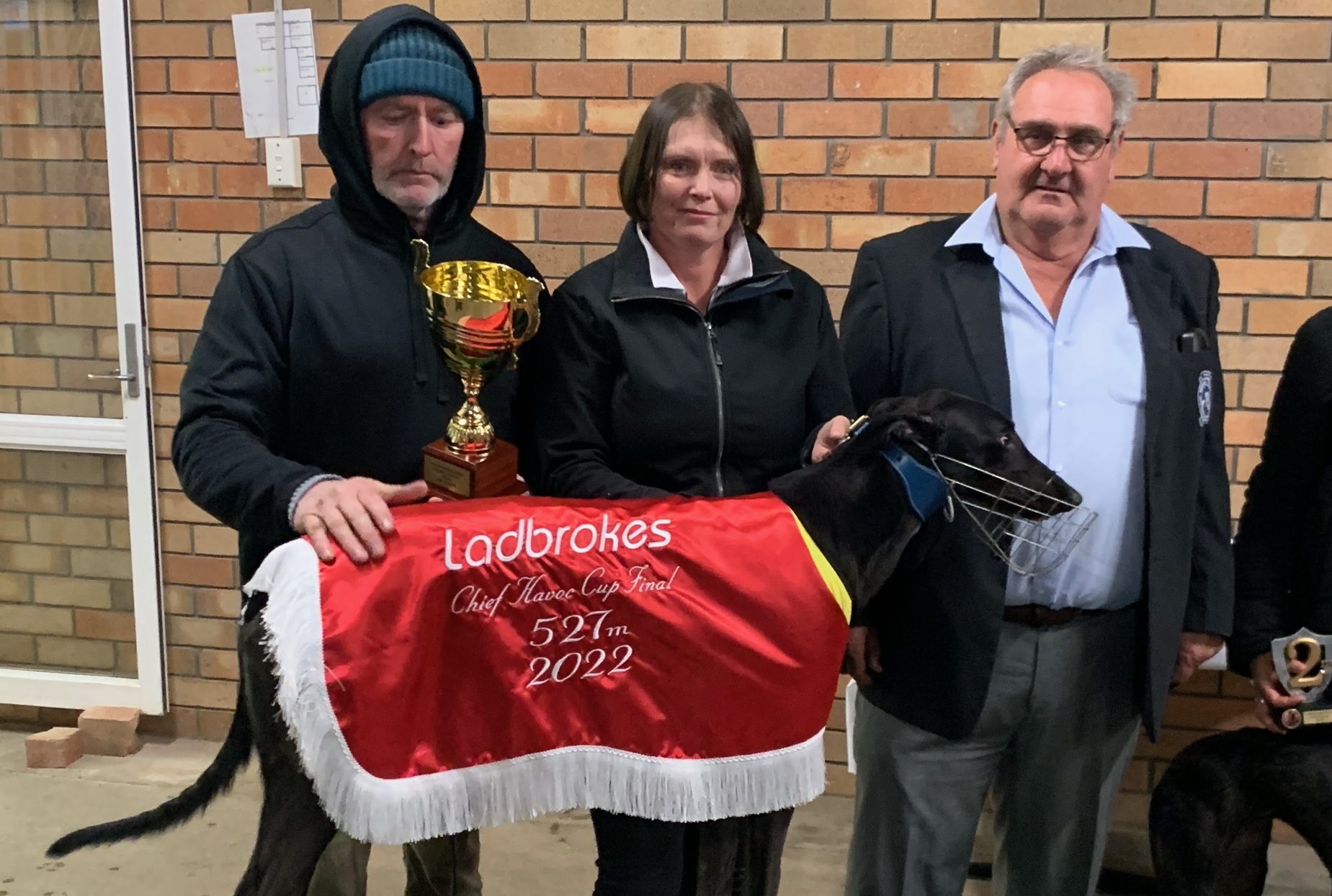 WHEN Tanya Nieuwendyk saw the box draw for the final of the Chief Havoc Cup (527m) at Gunnedah, her first thought was that nothing had gone the best for her dog Devil Dodger.

“We thought if he drew well and all the quick dogs did not, then he had a bit of a chance,” said Tanya.

Nothing went right in the draw with Devil Dodger coming up with the five and “the quick ones” all drawing perfectly.

No one told Devil Dodger that scenario.

The 2022 Ladbrokes Chief Havoc Cup has been won by 30/1 chance Devil Dodger in an upset trained by Tanya Nieuwendyk.
Devil Dodger led from the start and was never headed to win the feature event worth $40,000. pic.twitter.com/F6Wg69PlOg

The son of Orson Allen-Dundee Mist, starting at the juicy odds of $34, began like a rocket and set up a winning lead at the first turn and into the back straight.

He held on to beat raging hot favourite Fantastic Raven by a length-and-a-half with three lengths to second favourite Zipping Maserati, that pair coming from the Jason Mackay kennel.

“It was no surprise to us,” said Tanya of her and partner Glenn Starr’s belief in their dog.

“He has always shown us heaps of ability but he’s recently had a problem with cramping and that dented his confidence.

“But he trialled very quick before the Chief Havoc series and we gave him a chance.”

Tanya said the dog would head back to Wentworth Park now for graded events.