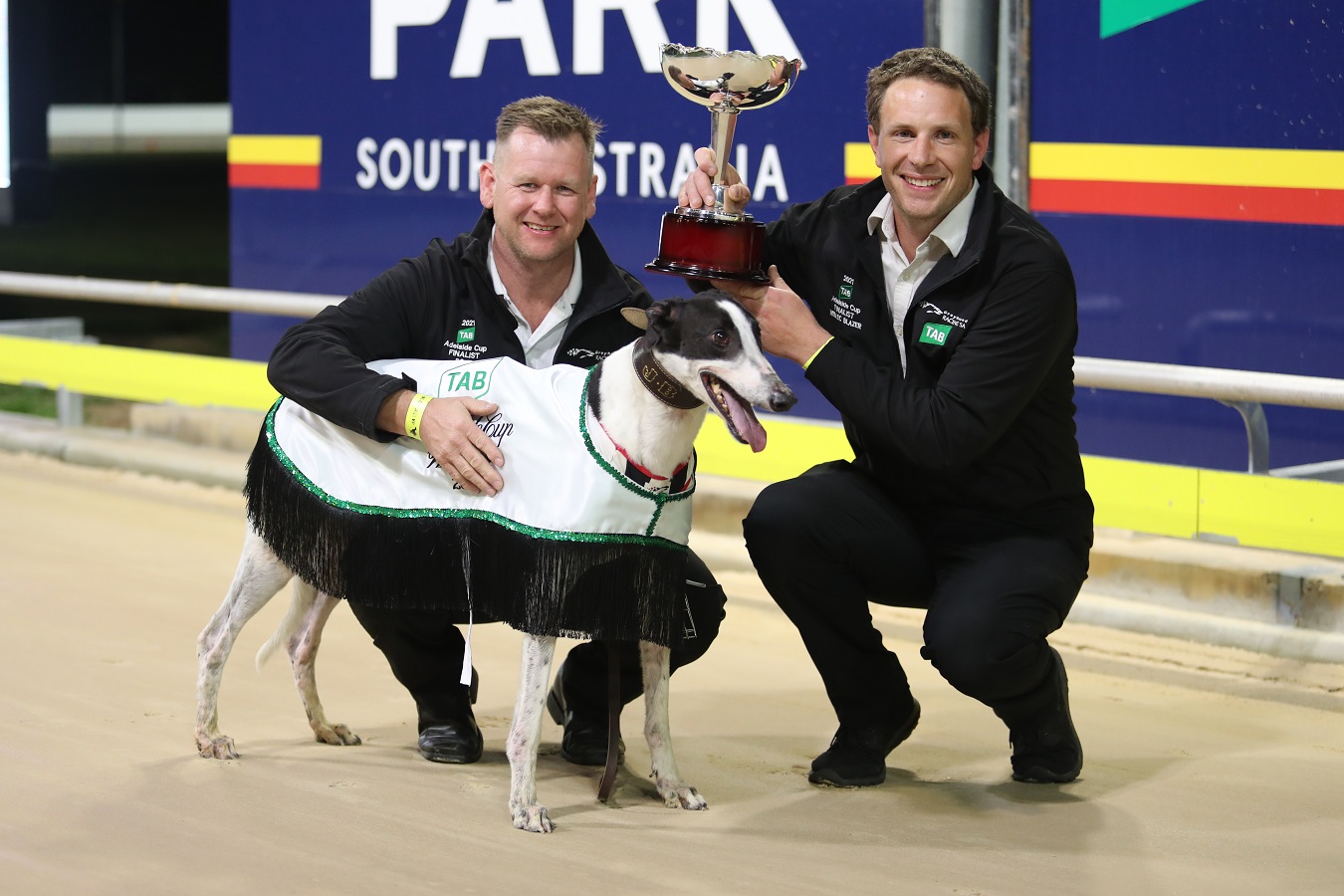 FIRST-TIME owner Glen Morrison got up early Saturday morning and headed to a nearby Victorian beach one his own to watch the sunrise.

It was Glen’s way of realising what had just happened in his life. He’d won the Group 1 Adelaide Cup with Do It the first greyhound he has ever owned.

Glen, a senior forklift driver at Westlink, for months pestered his boss Jarrod Sharp to get a share in a greyhound. Jarrod has been in greyhounds for decades part and parcel of the legend training team of Jeff Britton and Angela Langton.

Jeff had won the National Derby at Wentworth Park back in 2004 with Pacific Sky for Jarrod.

Jarrod had already decided to buy one of the pups by Fernando Bale-Alpha Demeter for $7000. He gave Glen the chance to go halves.

“He had the money for me the next day,” said Jarrod. “I brought to work a video of the two pups left to choose from and Glen picked Do It.”

Do It downed his litter brother Mr Fix It by three and a quarter lengths to win the $100,000 to the winner Adelaide Cup with another length to Jack’s Well in third. Jeff Britton had trained the Group 1 quinella.

Hot favourite at $1.85, Aston Rupee dwelt at the start, was badly checked around the first turn but finished on well for third but beaten seven lengths.

But both Jarrod and Glen gave the winner’s cheque scant regard. The satisfaction of victory in a Group 1 more than enough.

“I told Glen don’t get another one,” said Jarrod of any plans to further Glen’s greyhound interests.

"Do It is getting it done!"

When Covid hit the world early in 2020, it presented difficulties for owners of racing animals. Glen needed to be hands on. He loved nothing better than brushing Do It with a special hand glove he had bought for the purpose.

Glen got around the Covid problem by getting a handler’s license just so he could get to the races, catch his dog, and more importantly see his dog race.

For Jarrod it was yet more proof of the ability of training partners Jeff Britton and Angela Langton to churn out winners and superstars.

“To win with my friends is something. Jeff is one of my best mates. Jeff and Angela are not my trainers, they are my friends,” said Jarrod.

“To win the National Derby with Pacific Sky was fantastic, but I’ve been desperate to win another Group 1 ever since.

“Do It’s win is the monkey off my back.”

Do It ran a slick 30.07 in the final, just outside the 29.95 time standard on the newly remodeled Angle Park track.

The trip from Victoria to Angle Park did not go without problems, but kennel client and friend Nathan Wilson met Jeff at the South Australian border to collect the three Cup finalists.

The Cup quinella was the result.