GREG Doyle was confident he’d have a winner at Saturday's Shepparton meeting, but instead came home with three in a career day for the trainer. 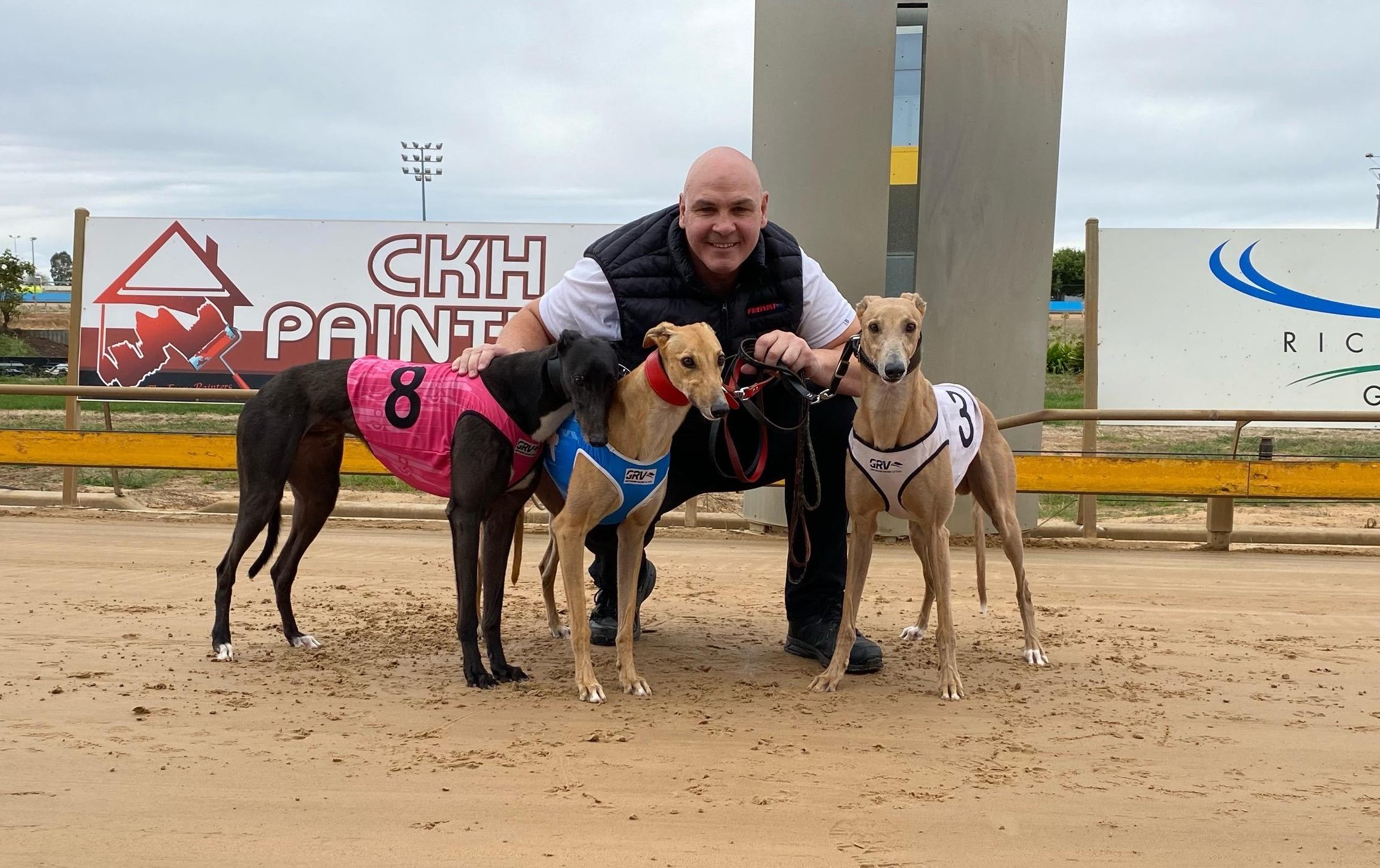 TRAINER Greg Doyle was confident he’d have a winner at Saturday morning’s Shepparton meeting, but instead came home with three in a career day for the veteran trainer.

Doyle bred and trains victorious littermates Liberty Royal, King Of All and Deedee’s Charm and retains an ownership interest in each, ticking all the boxes for the current president of the Victorian Greyhound Owner, Trainers and Breeders Association (GOTBA).

“I was pretty confident I’d have one winner. They’re a little bit limited but when you get them in the right race in the right grade, they all try their hardest and put in. King Of All and Deedee’s Charm have a bit of early speed which give them a chance and puts them in the race. Things fell their way this morning and got lucky.

“Then, to top it off, the litter brother (Migration) dead heated at Temora. In the space of an hour and 32 minutes the four from the litter all won. It was amazing.”

Doyle, 52, first got his trainers license at the age of 19 and trained his first winner in 1993 while playing football for Melbourne in the AFL.

He currently trains just the three greyhounds from his suburban home in Mulgrave in Melbourne’s south-east suburbs and says that the winning treble is the highlight of his training career.

“I had a double at Cranbourne a couple of years ago, but this is my first treble,” he said.

“I’ve won a few city races, but I’d say that’s the biggest highlight – to take three dogs to the races and have them all win is pretty amazing.

“It’s super satisfying when you breed them as well.”

Doyle works full time as a national sales manager, fitting his training duties around a busy work schedule making Saturday morning meetings ideal. And the conditions of this Shepparton meeting was particularly timely.

“After they raced at Shepparton last Monday, Deedee’s Charm and King Of All both went over 200 (ranking) and today was a 200 rank meeting so I put them straight in.

“So when I saw this meeting, even though you have to get up early – it’s two and a quarter hours from my place to Shepparton – you’ve just got to because you want to put them in races they’re capable of winning.”

Each of the three wins netted connections $1000 in prize money, however Doyle admits he picked up a nice win on the punt.