TRAINER Dustin Drew still remembers the first time he crossed paths with an extremely raw 16-month old pup by the name of Untapped. 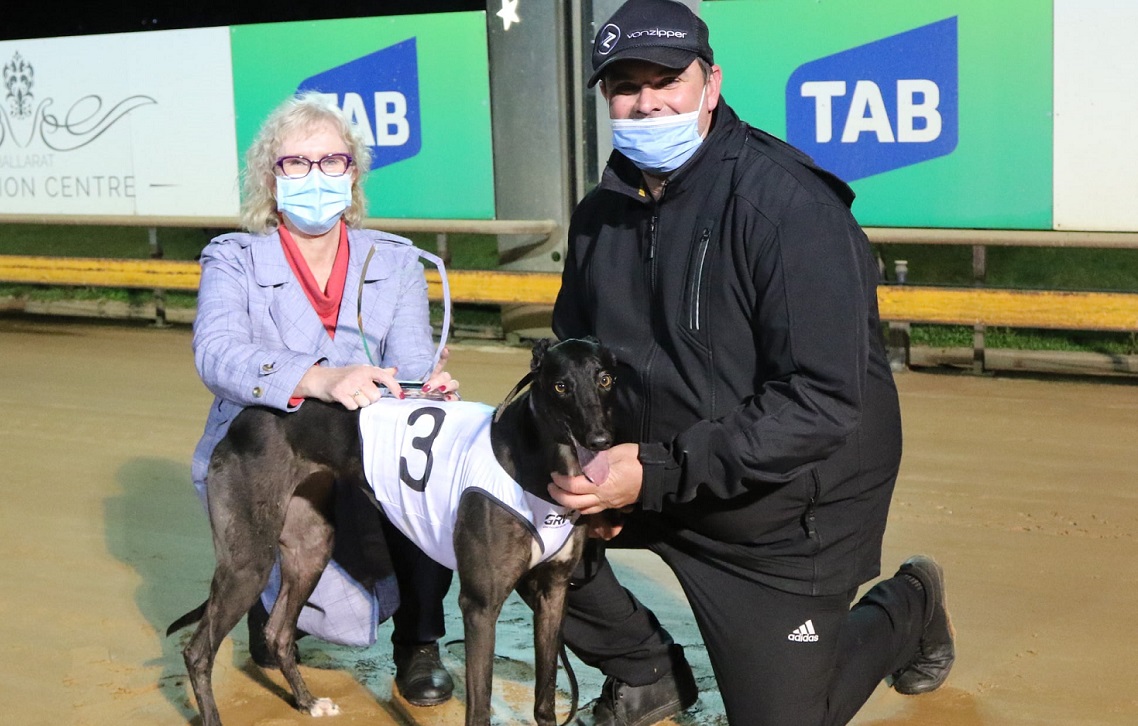 TRAINER Dustin Drew still remembers the first time he crossed paths with an extremely raw 16-month old pup by the name of Untapped.

It wasn’t the greatest of first impressions, in fact it was disastrous.

“I slipped her at our track at home and she just turned around and looked at me – didn’t go a yard,” Drew recalled about the daughter of Aston Dee Bee which is owned by the Team Borda syndicate of the National Greyhound Draft.

“When I got her the message was that she was a work in progress. But to be honest she was a week away from going into the adoption program. I was definitely her last resort.”

In the most truly remarkable turnaround of fortunes, Untapped will take her place in race seven at Sandown Park on Thursday over the 595 metre journey where she has drawn ideally in box two.

She does so as the winner at eight of her 24 starts with another nine placings and three straight victories at Ballarat recently over the 545 metre journey.

Her glowing record now a far cry from that fateful first trial effort.

“I’d say it was close to six months that I had her at home before she started in a race,” Drew said.

ICYMI: UNTAPPED (8) ‘turned on’ the power at Ballarat last night

“And at her first three starts she got beat a total of around 30 lengths – it wasn’t good at all. But a few weeks later I took her back to Warrnambool and she led and won a maiden in 25.20 which flicked a bit of a switch.

“It just shows that all dogs are different. There’s no perfect answer for all of them.”

Thursday night’s assignment is another significant step forward for the daughter of Aston Dee Bee and Mepunga Fame.

But 36-year-old Drew believes the in-form bitch is up to the task.

“That’s the thing with her – she’s come so far you start to think how far she can get?” Drew posed.

“The truth is I don’t know what her ceiling is. A few weeks ago I trialled her at Warrnambool over 390 metres and she ran 21.80. Before she started racing she couldn’t break 23 seconds.

“The overall change in her has been remarkable. If there’s an example that patience and perseverance can pay off in this game it’s her.”

When speaking to Drew about the stunning transformation about his hugely exciting middle distance chaser it doesn’t take long to sense a degree of satisfaction.

“The family has had some good dogs over the years but it is hard to compete week in week out in the city against the bigger kennels,” Drew said.

“In the last few years we’ve had some good success for Ray Borda with handy dogs and to be able to turn this bitch around for his syndicate has been a real buzz.

“It’s made her success even better – knowing she has a big team of owners and I’m guessing many first time owners as well.”

While Thursday’s Sandown Park task is firmly front of mind, Drew admits that his eye has wondered at the prospect of some even sterner tests in the weeks and months ahead.

“But for now I’m just hoping she can continue her good form on Thursday. She’s boxed well, is in great form and feeling great.