PACE – and an abundance of it. That best characterizes the stunning field for Sunday’s running of the $80,000 Auckland Cup at Manukau Stadium. 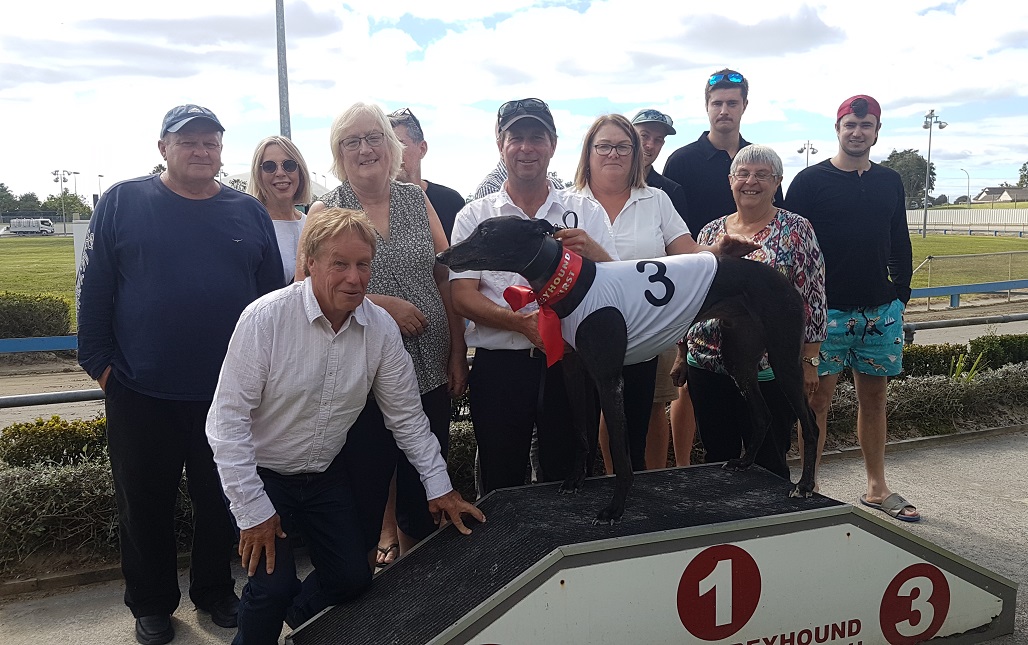 PACE – an abundance of early pace.

That best characterizes the stunning field for Sunday’s running of the $80,000 Auckland Cup at Manukau Stadium.

To lustrate that likely early charge is the mere 0.03s that separated the first sectionals from last Sunday’s four 527m heats for this group 1 event.

And that factor holds the key to the $2.10 race favourite, the Lisa Cole prepared Federal Morgan which is required to step from the eight-trap.

The Scott Eaton owned son of Barcia Bale and Absolute Beaut has been in sublime form since he crossed the Tasman, winning eight of his nine Kiwi assignments. His only “blemish” was his 520m second placing at Addington to race rival here Leonard Bale.

The Brisbane Cup fourth placegetter was in freewheeling mode when annexing his heat in a tidy 29.98s when on track debut.

Brendon Cole informs us that Federal Morgan invariably shows sharp improvement when racing second up on a track.

“We expect further improvement in him, and he has done very well during the week. Our only concern is his draw as there’s plenty of early pace drawn inside him.”

The stadium will be rocking if the sharp 29.88s quickest qualifier Drink Shoeys, which has now shortened into $2.20, prevails from his kind one-trap draw for his conditioner Peter Ferguson.

Numbered amongst his ownership group are 25 members of the Kids Go Racing syndicate who are a group of mates which have maintained contact with each other since their university days, despite now being scattered throughout the North Island.

Drink Shoeys (pictured) is the first greyhound they have raced together, and representatives have indicated that “shoeys” will occur if successful as they will have a gumboot at the ready.

An example of that was witnessed when the son of SH Avatar and Silver Bullet won his Manukau 527m track debut outing earlier this year.

The dual coded Ferguson is seeking his second Auckland Greyhound Cup after having mentored Silenci to victory in last year’s edition.

He has also driven two Auckland Cup winners in the harness code.

Ferguson advised earlier this week that his charge is, “fit and well and is fully ready for his Sunday assignment.”

Reverting back to that early pace sees a pair of Canterbury trained contenders who closely matched the first sectionals when taking out their respective heats.

Drawing the two-trap can aid her in that quest.

Craig Roberts has been a regular plunderer of group 1 spoils on the Manukau track. Earlier this season Leonard Bale stylishly won the Waterloo Cup and the 30.22s heat winner hinted that another black-type title is well within his paws.

The remaining three contenders are not noted for early pace however they all own power-packed finishing bursts.

Local mentor Phil Green provides two of them with Rivalries and Opawa Travis, while Canterbury trainer Gary Cleeve will trek back up north with Know Keeper.

On a sadder note, it will be a somber occasion when the Auckland Cup field is paraded to the 527m traps following the passing earlier this week of 82-year-old Delys Van Meeuwen.

She dominated the Cup during the 1980’s when she prepared four of her winners on the clubs previous Mt Smart Stadium and Claudelands tracks, with her final two winners saluting on the clubs current Manukau venue.

And back to the anticipated early Auckland Cup pace. Will the long-established Manukau 527m track record fall on Sunday?

She returned a week later to annex the final in a low-flying 29.77s, which remains the record today.