DUSTY Bourbski powered into Launching Pad calculations with a stunning best of night win in his semi-final at Sandown Park on Thursday night. 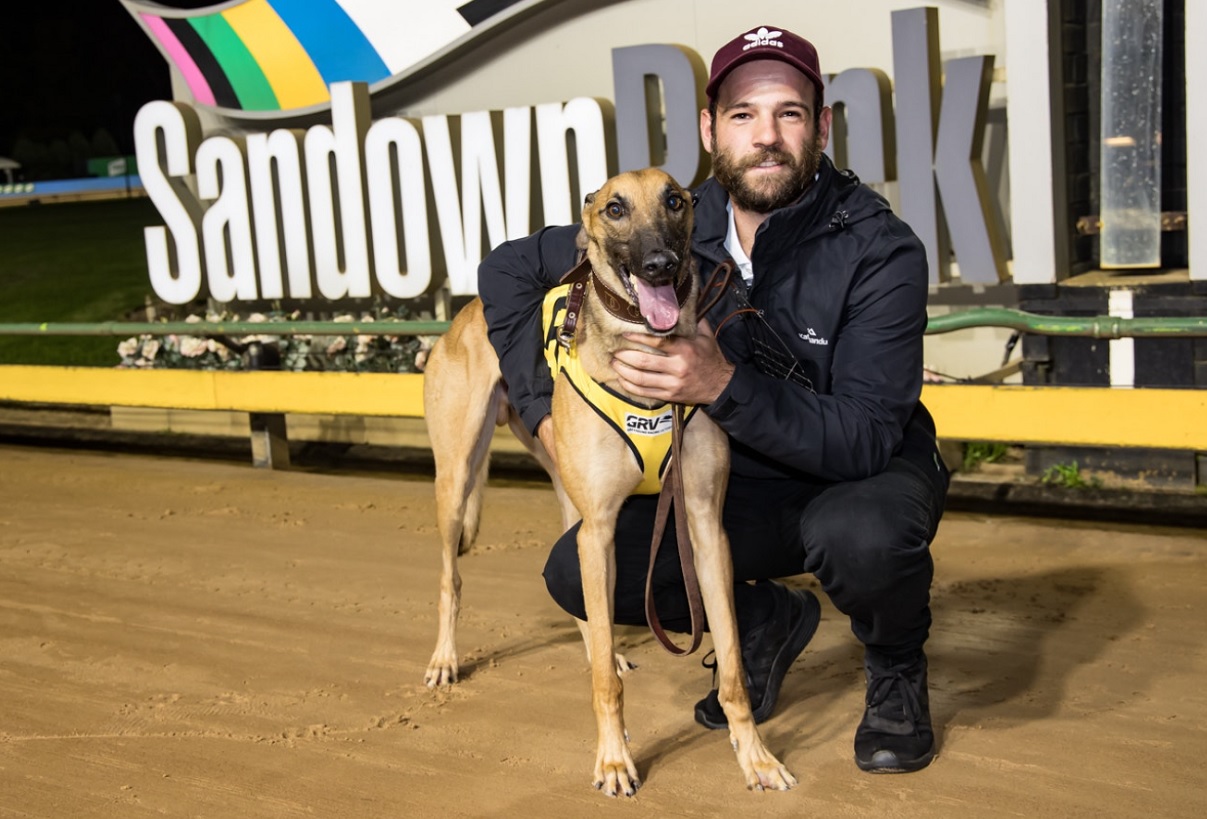 DUSTY Bourbski powered into Launching Pad calculations with a stunning best of night win in his semi-final at Sandown Park on Thursday night.

Trained by Andrea Dailly, Dusty Bourbski speared the lids from box 5, clocking a slick 5.04 first split on the way to an impressive 29.23 victory. It was his third consecutive victory at Sandown Park, improving both his first split and overall time on each occasion.

His chances of victory in the $150,000 final next Thursday evening then received a major fillip after drawing box one in the decider, prompting TAB to install the son of Meadows track record holder Allen Deed the $3.80 third elect.

The boxes for the Launching Pad final have been drawn and it looks to be a wide-open affair!

Who's your pick to win it all? pic.twitter.com/YOey1qTkzR

Amazingly, Dusty Bourbski was rated a $151 to win the Launching Pad ahead of the heats, and despite winning his heat in 29.40, was still a $71 pop going into the semi-finals.

Ahead of Dusty Bourbski in the market for the final are two other greyhounds who won their semi-finals from box 5.

The winner’s cheque elevated her prize money to beyond $788,000, meaning a win in the final will elevate the 26 month old bitch into the top 10 prize money earners in the history of the sport. However, she will need to be at her brilliant best after drawing awkwardly in box 7 for the final.

👀 MUST WATCH FROM THURSDAY

Plaintiff also carried the yellow vest to victory in his 29.32 semi-final win, slashing three lengths off the time recorded in his heat win. The Jason Thompson trained sprinter has already won at group level, having taken out the group 3 Vic Bred maiden at the Meadows in February.

His chances of a second success at group 3 level were enhanced by drawing box 2 and a repeat of his 5.02 first split will set up a thrilling dash to the first turn between he and Dusty Bourbski.

Fearless Rory broke his Sandown Park duck with victory in the other semi-final. The Ash Terry-trained powerhouse burst onto the scene winning his first four races however had struggled with his timing since stepping up to Sandown Park, being beaten in his four starts at the View Road circuit prior to Thursday night.

Drawing box one in the semi-final proved decisive however, stepping much quicker to lead all of the way and win in 29.42.

The four runners up in the semi-finals also advanced to next Thursday night’s run off with Here Comes Pie, Aston Komuni and Samona progressing, while Levitation – who ran the third fastest time overall when second to Dusty Bourbski (29.294) – gives Jackie Greenough two chances to win the feature.

The Launching Pad will headline an enthralling night of racing on Easter Thursday that will also feature the final of the Launching Pad Consolations series (The Runway) as well as a consolation for the greyhounds that finished third and fourth in the semi-finals, while the open age sprinters will also contest the $37,000 group 3 East Gift.