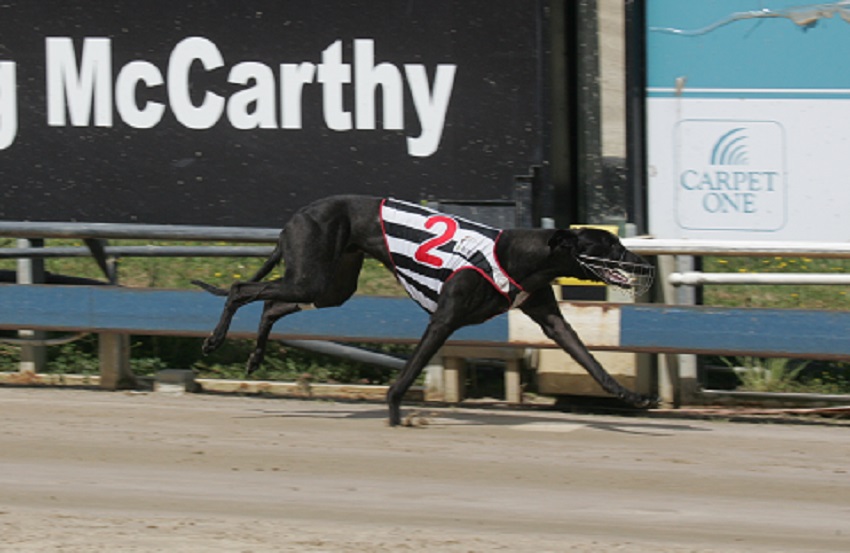 HEATS of the Easter Cup, Easter Plate and Easter Purse headline Thursday night’s program at Hobart where trainer Blake Pursell has a big team engaged in the series.

2020 saw the cancellation of all three series heats as a result of the shutdown of racing due to COVID-19.

The H.G.R.C Easter Cup sees 16 of the state’s best sprinters engaged, including the in-form duo of Amy Cora and Rio Valiente, both vying for supremacy in their bid to reach next week’s prestigious $3,335-to-the-winner final.

Sprint Gordon, winner of the Tasmanian Gold Cup for Blake Pursell, returns to the 461-metre trip in a bid to recapture his winning form since his last start victory at Launceston on January 11 when beating Savage Victor.

The son of Spring Gun has raced in top company during his last four starts having come up against Wynburn Sheean.

His runner-up effort to Wynburn Sheean in the Ladbrokes Launceston Cup Final was a career best effort.

Blake Pursell reports that his chaser has bounced back soundly from a serious race fall at his last start in Devonport.

“Sprint Gordon has checked out well since the fall and has been working great at home,” the trainer commented.

Corporate bookmakers have installed the Eric Haldane-trained Rio Valiente as $2.25 favourite drawing box eight to take out the second heat, the final leg of the quaddie, with Sprint Gordon next best at $2.60 jumping from box two.

“Sprint Gordon has came up with his best draw (box 2) in a while,” Pursell said of Sprint Gordon.

“Though the dog has a big challenge ahead taking on Rio Valiente, who has been brilliant at his last two starts. We also have Social Distance (box 7) stepping up to his first go in a FFA who has been racing in great form recently.”

In the first heat Amy Cora, trained by Debbie Cannan for owner Ian Sowell, will go around as second favourite from box three, having won the Custom Resources Dist. Championship Final over 580 metres in Devonport on Tuesday.

The Ted Medhurst-trained Fabulous Baroque (box 4) is the $2.80 favourite ahead of Amy Cora and Green Machine.

Pursell is confident that his charge Green Machine can make it three victories in succession jumping from box eight.

“Green Machine has drawn his box again out in box 8 where he wants to be, it’s a pretty even race,” Blake added.

“With Fabulous Baroque in the race and Amy Cora who is racing in brilliant form, I’m just hoping Green Machine can be right up near the lead in the first 50/100 metres to get himself in the race; he did trial well there last week.

Five heats of the Carlton Draught Easter Plate will be run this Thursday night over the 461 metre sprint trip.

Pursell will line up two runners for the Grade 4/5 series with Freddie Fox Trot drawing the rails box in race five.

The son of Bella Infrared and Bella Shima will start the $1.75 favourite ahead of Has The Power at $5.50.

“Freddie Fox Trot comes up with a race that looks to suit him; he can be sitting on the speed around the turn. Has The Power (box 5) I think the draw suits him with not a lot of speed on his outside so it can use a bit of the track.