FRIENDS of the late Eddie Kingswell will get the chance to say goodbye at a funeral service this Thursday (June 2) at Holy Family Catholic Church. 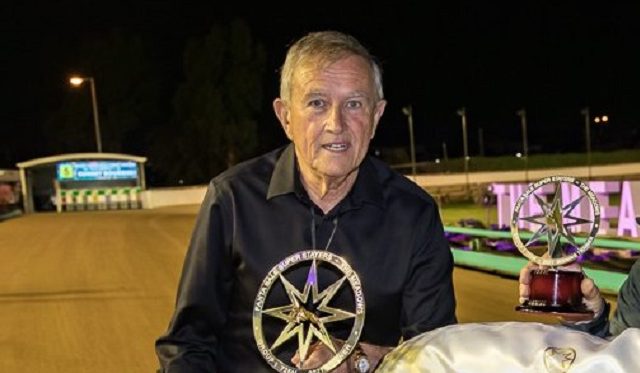 FRIENDS of the late Eddie Kingswell will get the chance to say goodbye at a funeral service this Thursday (June 2) at Holy Family Catholic Church, Maroubra commencing at 10.30am.

Last week, the revered Kingswell, one of greyhound racing’s most successful owners, lost his 18-month battle with cancer.

The news of his passing has been felt far and wide throughout industry circles, such was the regard he was held in.

For more than a decade, Kingswell had been a huge supporter of leading trainer Mark Gatt who prepared his greyhounds the ilk of Oaks Road, Red Road and current star stayer Stanley Road.

“I wouldn’t be where I am today if not for Eddie’s help and support along the way,” Gatt said.

“Eddie bought the Thirlmere property here back in about 2007 and we’ve enjoyed some great times together.

“When it comes to owners I’ve never seen someone more invested. Trial sessions, race meetings or here at the property, Eddie was always hands on willing to help.

“He really dedicated the last 12 or so years to greyhound racing.” 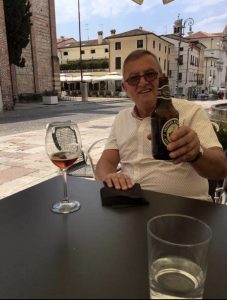 Earlier this week, Eddie’s children Sarah and Matthew, extended an invitation for friends within the industry of their late father to attend Thursday’s funeral.

Following the 10.30am service, the burial will follow at Eastern Suburbs Memorial Park on Military Rd, Matraville. A wake will be held following at Randwick Golf Club on Howe St, Malabar.

48 hours after Eddie is laid to rest his grand group 1 winning stayer will step out in the heats of the inaugural ‘The 715’ at The Gardens on Saturday night.

“We are going into the race more hopeful than anything,” Gatt said.

“It’s not really his track but he’s going well enough and if he gets the breaks in running he’s good enough to figure. But it’s going to be a big ask. Hopefully he runs well for Eddie. He loved the dog.” 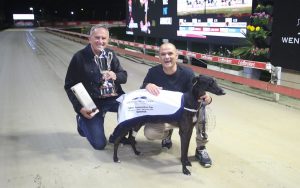 Already a two-time group 1 winner, the powerhouse stayer is expected to be a major player for the NSW Greyhound of the Year award for 2021.

Back in 2012, Kingswell and Gatt teamed up to win the Group 1 Perth Cup with their grand sprinter Oaks Road.

“Oaks Road was the first winner I ever trained for Eddie – at Bulli,” Gatt recalled.

“There’s been a lot along the way and we’re still coming to terms that he’s gone. What he did for me is hard to put into words.”