WITH the retirements of some of the sport's biggest names in recent months, greyhound racing has been crying out for its newest star. 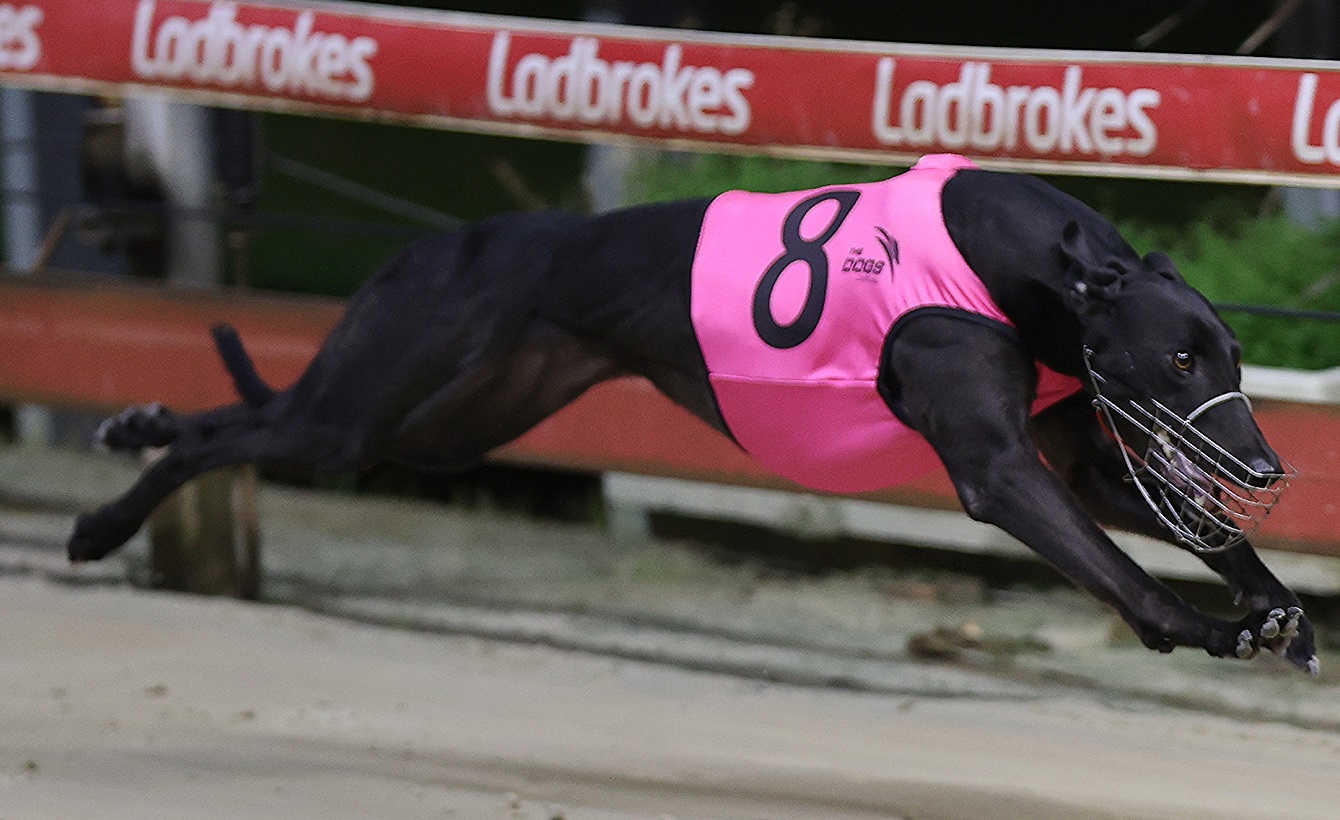 WITH the retirements of some of the sport’s biggest names in recent months, greyhound racing has been crying out for its newest star.

And it just may have found it at Wentworth Park on Saturday night after She’s A Pearl ran rampant in a heat of the Group 1 Ladbrokes Golden Easter Egg (520m).

The Jodie Lord-trained daughter of Aston Dee Bee posted a flying 29.47 to extend her winning sequence to six and in doing so firm even further in betting for the $250,000-to-the-winner Easter Saturday showpiece.

She's A Pearl annihilates them at Wentworth Park Greyhounds in 29.47 – and it would seem the Ladbrokes #GoldenEasterEgg is at her mercy!

Good Odds Cash and Our Mechanic will join her next week in the Semis.

While it’s easy to marvel in her sizzling 29.47 time-standard, it’s her sections that tell the real story as to her sheer brilliance.

And not for the first time either, her Wentworth Park record nothing short of spectacular.

Maitland Cup winner Good Odds Cash chased She’s A Pearl valiantly in their clash and by finishing 2 ¼ lengths second she ran 29.63 in her own right, qualifying second fastest for next Saturday night’s semi-finals.

An immense talent, she’s right in this series, improving with every run in her comeback from a spell.

Trainer Jason Thompson is no stranger to Golden Easter Egg success and the champion mentor has qualified comeback chaser Equalizer for the semi-finals after a dominant 29.85 heat success.

The Brisbane Cup winner looked right at home at his Wentworth Park debut and only three runs back from a career threatening injury, the son of Kc And All will only be better for the hit-out.

Equalizer for Jason Thompson wins Ladbrokes #GoldenEasterEgg Heat 3 in 29.85, with Arctic Kingdom and Daph's Ascend behind him at Wentworth Park Greyhounds!

The first heat was annexed by Queenslander Mitchell Street for Jedda Cutlack in 30.21 while the second qualifier produced another all the way winner in Analysing for Mick Hardman in 30.21 also.

Fantastic Raven, runner-up in the recent Country Classic at Dubbo, landed heat three for Jason Mackay in 29.84 before Idolize, winner of the group 1 National Futurity earlier in the year, scored in 29.82.

Heat six saw top flight sprint Louis Rumble carve out a stylish all-the-way 29.90 heat win while the upset of the night came in heat eight with Kayla-jane Colemen’s Tachycardic winning at 50/1 in 29.90.

Smart Victorian Handsome Rhino returned to some form in heat nine with an impressive 29.73 heat win while the final qualifier was taken out by the underrated Hold Me Up in 29.87 for trainer Joe Comito.

The shock of the night was Zipping Kyrgios missing a place in his heat but fortunately for connections the son of Aussie Infrared will get a chance to redeem himself in next week’s semi-finals, qualifying as one of the fastest two fourths.

The other fourth placegetter to progress is the Frank Hurst Ties That Bind.