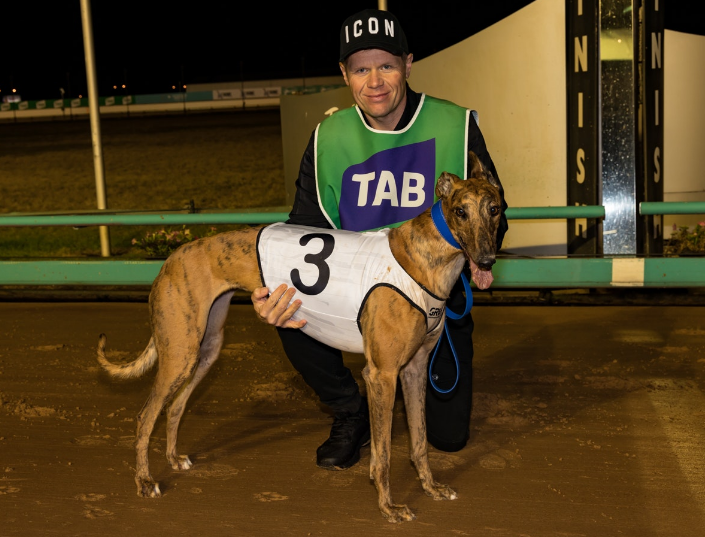 Trained by Brooke Ennis, Ella Enchanted is a multiple Group placegetter over sprint and middle distances, including a recent second in the Group 3 Racecallers Speed Star over 595m at Sandown Park, and has won 15 from 34 overall.

However, as she prepares to tackle the world’s richest staying event, the daughter of Don’t Knocka Him and Ella Lezah, has started only once over ‘700’, finishing fourth to champion Tornado Tears in the Group 3 Top Cat Video Cup (725m) at The Meadows last September.

“Her run home times over 600m in her last few runs have been outstanding.

“I don’t think you can judge her off that 700 run at The Meadows because her splits that night were ridiculous and she was still in front after 660-670m. She’s older and stronger now.

“She had a long season and she hasn’t really had a lot of starts since she came back, so she’s been getting used to racing again but she’s going really well.

While there’s a question mark over Ella Enchanted getting 715m, Ennis is also concerned about the depth of opposition she’ll face in her Cup heat, with the staying novice clashing with fancied trio Embye, Dyna Chancer and Poco Dorado.

“It’s a bit disappointing with the seeding when you get dogs that are second, third, fourth and fifth in betting for the series all drawn in the same heat,” Ennis said.

“Two really good dogs are going to miss out. Ella Enchanted could run 41.60 in her heat and not make the final.

“I’d rather be up against Tornado Tears in his heat and run second. I’d be confident about her qualifying in any of the other three heats.”

Drawn in box three, Ella Enchanted shares the second line of betting in TAB’s market at $3.40, alongside Dyna Chancer (6), with boom NSW staying prospect Embye (2) the $2.80 favourite and Poco Dorado (4) at $5.

“I’d expect that she will get to the lead at some stage,” Ennis said.

“It will probably be a matter of who’s behind her and who’s with her with 30 or 40 metres to go.

“Ideally, I wouldn’t like to see her go straight to the front because she could burn up too much fuel. If she can get in behind them for the first 500-550m it will give her a better chance of holding on.

“I wouldn’t swap her but in saying that I’ve got a lot of respect for her opposition; they’re three quality stayers and they’ve been there and done that.”

Thursday will also see Ella Enchanted’s Group-winning litter sister Sky Wave return to action at Maitland, her first appearance since the heats of the Paws Of Thunder on January 12.

The Ennis kennel will also have three contenders in Thursday’s heats of the Group 1 Harrison-Dawson (515m) on the bumper Sandown card, in Belt Up Bubbs (heat 2), Barooga Brett (heat 3) and Southern Ripple (heat 4).

Barooga Brett opened 2019 in a blaze of glory, winning the Group 1 Silver Chief and Group 1 Temlee, both at The Meadows, and while he’s been beaten in each of his five starts since the Temlee on February 16, Ennis is predicting a Sandown turnaround.

“He’s missed a little bit of racing over the last month but he should return to form,” Ennis said of Barooga Brett.

“I’d be disappointed if he didn’t go very good.

“The scenario of the race is okay. He races a lot better when he draws in the middle and I think he can clear the inside dogs.

“My only query is what Dyna Hunter (box 8) does. Dyna Hunter struggles to run 500m but he will probably clear Barooga Brett. I’d be happy to be sitting second behind him.” 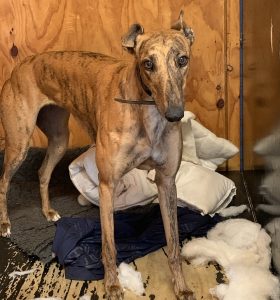