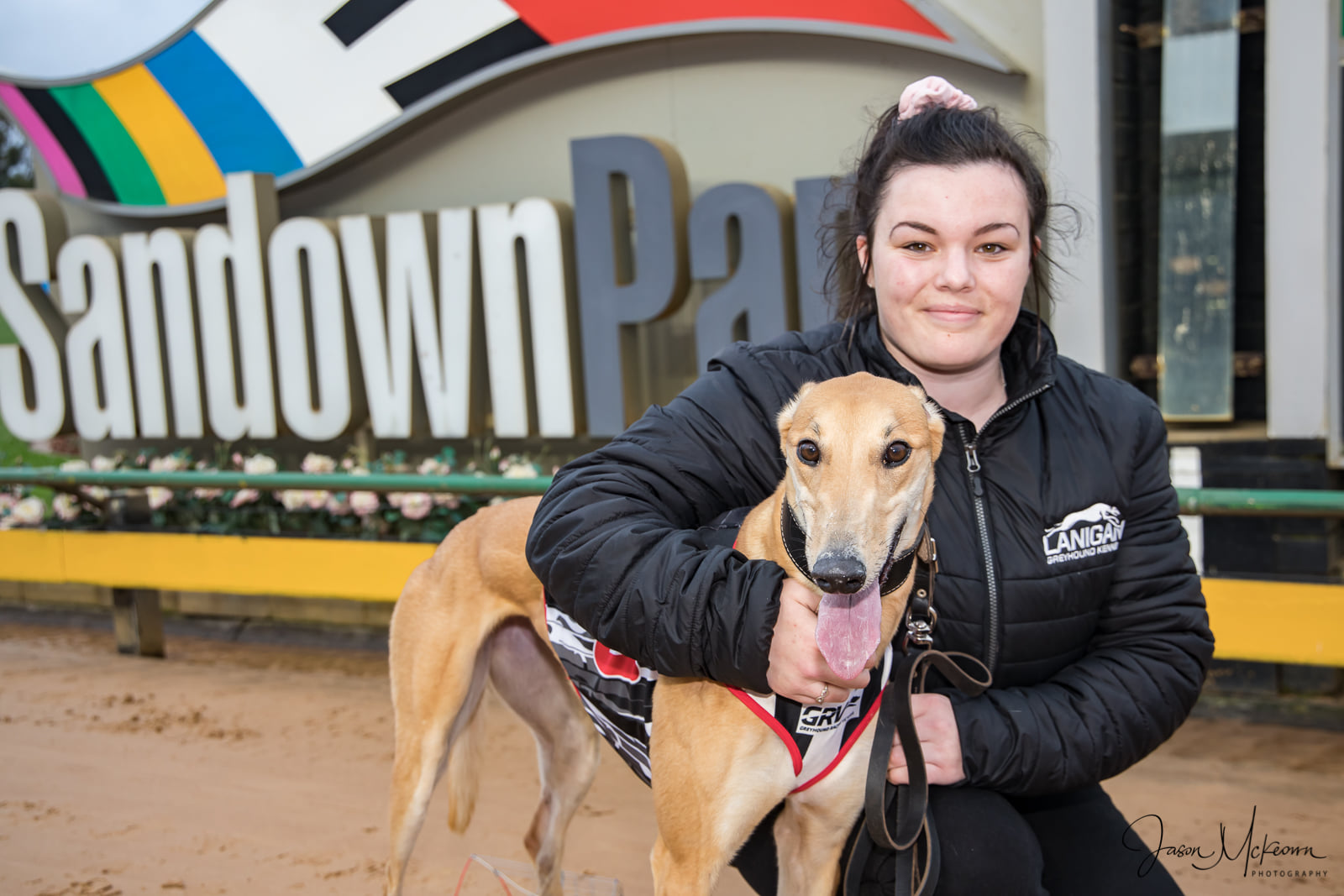 Azzopardi, 23, is the partner of G1-winning mentor Matt Lanigan, who trains bargain purchase Impulse Buy’s classy litter brother On The Bit, and from the humblest of beginnings, the Laurels aspirant is no longer the ‘black sheep’ of the family.

“She broke in very average but we knew On The Bit and Rockabye Bear had ability and she was from the ‘Paua’ dam-line, so we bought her as a breeding prospect,” Emily explained.

“We just decided to buy her one afternoon, hence her name. Her breeder, Graham James, said you might as well have her too and we thought it can’t hurt.

Congrats to my cousin Emily Azzopardi (daughter of Uncle Mars) for training her first winner after a career as an apprentice jockey.

“We sent her straight over to WA to good friends of Matt’s, Richard and Sarah Appleton. We thought she might win a few races over there and make her more valuable for breeding, but she made the (G2) WA Oaks final and we decided to bring her back for a crack in Victoria.”

A superbly-related daughter of Orson Allen and Paua To Excite, Impulse Buy has won her past five starts, the most recent a slick 29.49sec Sandown success, and eight from 23 overall to emerge as a legitimate Laurels threat.

“With each win, we just can’t believe it. Anything else she does is a bonus,” said Emily.

“When she came back to Victoria we thought she might be a Meadows Wednesday and Sandown Sunday type of bitch and we could have a bit of fun with her. We definitely weren’t expecting 29.40s!

“She just keeps getting better and better and she loves Sandown, so we would’ve been crazy not to have a go at the Laurels the way she’s going at the moment.”

The winner of four from six over 515m at Sandown, Impulse Buy has drawn Box 8 in the first of six heats of the prestigious female feature, Race 4 at 3.02pm.

“She’s a very keen railer but she’s got brilliant early pace, she’s good out of the boxes and she’s won twice from Box 8 since she’s been back in Victoria, so hopefully Box 8 won’t hinder her,” Azzopardi offered.

“It would be very exciting if she can make the final, especially because of the family involvement. My mother, Tracey Azzopardi, and her partner, Charlie Cauchi, own her with us.”

“My dad has always owned greyhounds and George Farrugia is my cousin, so I’ve always been around dogs,” Emily said.

“I was still in my (jockey) apprenticeship when I met Matt at Sandown when I went there to watch the first dog I owned, Cappy Morgan.

“Then we got pregnant with our son Noah, who’s 15 months old now, and that was the end of my riding career.

“I’ve always loved racing and enjoyed the competitive side to it, so I’m really enjoying training the dogs and it’s much safer too!”