Trainers Give Traralgon The Tick Of Approval

TRARALGON'S long-awaited return to racing continues to gather pace with a picnic meeting to be held this coming Monday at the J-turn venue. 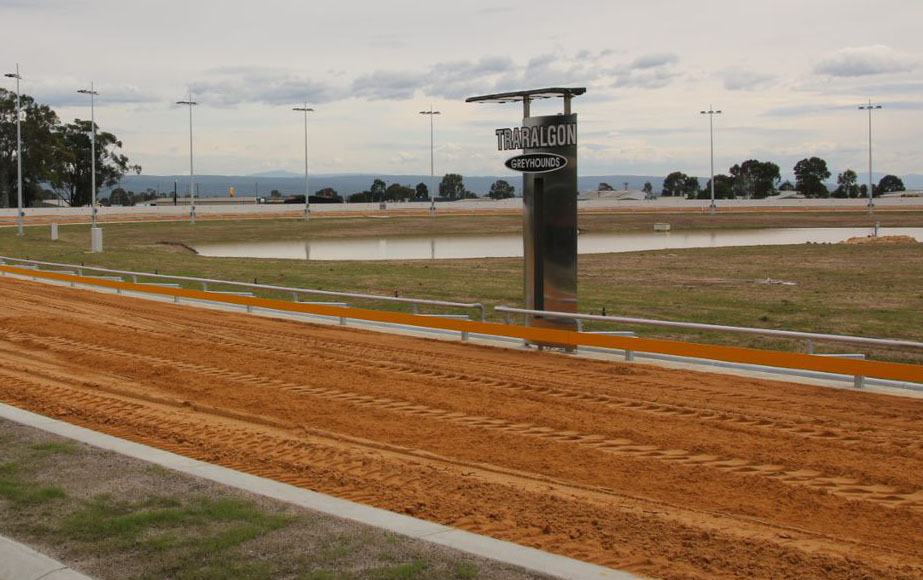 TRARALGON’S long-awaited return to racing continues to gather pace with a picnic meeting to be held on Monday.

Over 400 trials have been conducted on the new state-of-the-art circuit despite Covid related delivery delays meaning just two of the planned four racing distances – 395m and 500m – are currently operational.

Kate Gorman trialled at the track for the first time recently and was delighted not only with what she saw from her dogs, but in how the venue was presented.

“To be honest I wasn’t sure how a J-track would go but I really liked it actually,” she said.

“They were all young pups and they handled that corner beautifully. I was really happy with how the track itself looked and how it was prepared. I couldn’t fault it.

Gorman was so impressed with the new track that she will be back at Glenview Park on Monday and Tuesday.

“I didn’t want to race any dogs there until they’d trialled so I’m going back on Monday and Tuesday,” she added.

“The bend is nice and wide and looks like it’s going to be safer for the dogs because they have such a long run into it and a short run to the finish line.”

“I was very happy with it, it’s a fantastic surface. I think it gives variety to the racing dog and different dogs can win there,” he said.

“My honest opinion is that I don’t want another one. We still run our biggest races on two turn tracks and we need to give dogs the chance to learn their craft on a similar track.

“But if anyone is thinking of not racing there, they’re crazy.”

The heats of the group 2 Traralgon Cup, to be run over 395m, will be run on Friday 21 January with the final to be run on Australia Day, Wednesday 26 January.