THE ascension of Drink Shoeys to one of New Zealand’s premier sprinters continued in stunning fashion at Manukau Stadium on Sunday. 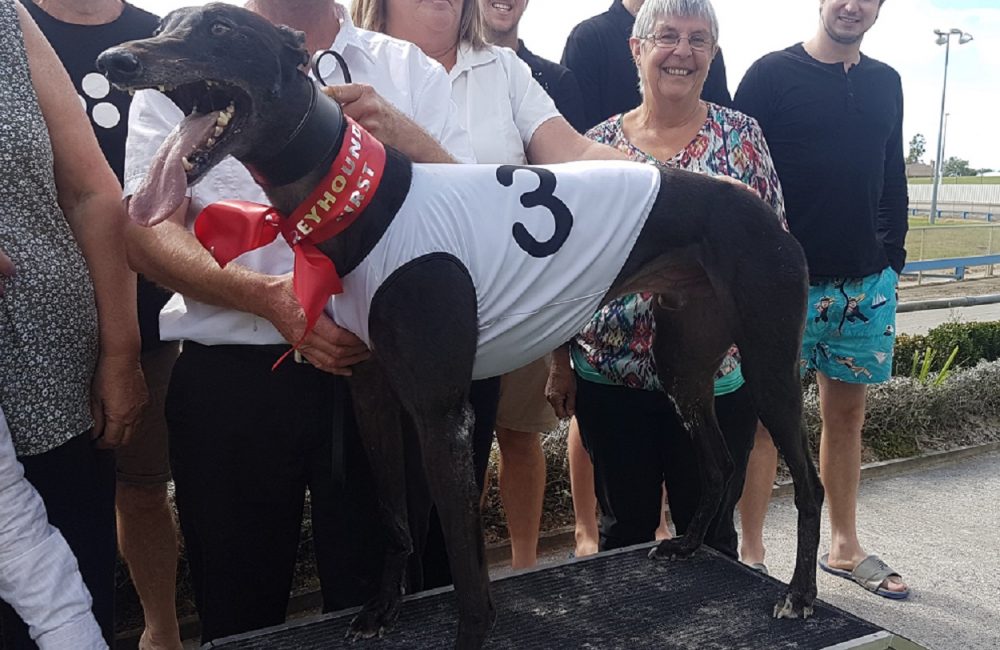 THE ascension of Drink Shoeys to one of New Zealand’s premier sprinters continued in stunning fashion at Manukau on Sunday.

The former New South Wales chaser, now trained by Peter Ferguson, was simply airborne when taking out his heat of the Group 1 Auckland Cup (527m) in 29.88.

The sizzling performance saw Drink Shoeys, winner at eight from 12 in NZ, shorten into $2.40 second favourite after he came up with the added bonus of securing the one-trap for Sunday’s $80,000 decider.

And that is where the intrigue factor kicks in.

That’s because the Lisa Cole prepared Federal Morgan is the $2.10 favourite following his 29.98 heat success.

He will exit box eight in the final making for an absorbing clash.

The early pace is sure to be hot as drawing in the two-trap is the freewheeling 30.25s heat winner La Rochelle ($10) for trainer Jason Dunn.

Rounding out the heat winners in 30.22 was Leonard Bale ($10) which will be seeking his second Manukau group 1 title this season when trainer Craig Roberts places the green racing vest on him.

For Ferguson, who will be chasing back-to-back cup wins following Silenci’s success last year, he couldn’t be happier with how Drink Shoeys has come out of Sunday’s assignment.

“In fact, he was very much his usual laid-back self this morning. Yes, I thought he would go really well, but geez I never expected him to run a time like that.

“I’m more than happy with his draw – it’s a great field and I can’t wait for the lids to open now.”

The dual code industry participant has quickly picked up the intricacies of training greyhounds having also prepared a number of Group race finalists, plus other feature race winners.

Both Sports Mode and Nangar Hurricane finished second in their respective 318m heats.

Taking out the Railway heat time honours was Big Time Jonie which skipped through his 318m task in 18.25 for Lisa Cole.

Resilient multiple group 1 winner Trojan Hoarse claimed his 65th career victory when posting his 18.30 dash also for Cole who also produced Big Time Fairy to take out her heat in 18.38.

Dave and Jean Fahey advanced Archie John Hill via his 18.27 heat win. He was a finalist in last year’s Railway also.

The defending Railway Sprint title holder Buddy Boom will return in an attempt to nail his third Group 1 victory after Jared Udy and Denise Cottam produced him fresh-up to deliver his three-length heat second to Big Time Jonie.