WHEN the progeny of Fabregas recently burst through the $40 million prizemoney barrier he became just the sixth sire in the history of the sport to do so. 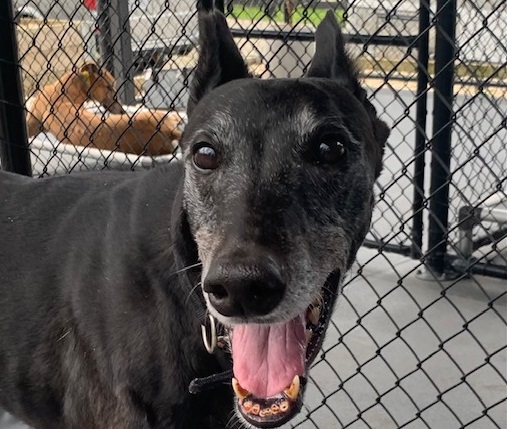 WHEN the progeny of Fabregas recently burst through the $40 million prizemoney barrier he became just the sixth sire in the history of the sport to do so.

The memorable milestone is reward for a sensational stud career built on a foundation of consistency and longevity, producing a string of top class performers year in year out, all with a minimum of fuss.

On the track Fabregas was a beast, the son of Bombastic Shiraz winning 12 of his 13 starts with his last appearance a gripping victory in the Group 1 National Sprint Championship (461m) at Hobart in 2012.

Post retirement he’s forged an outstanding career at stud which has netted 17,500 winners and $40.5m in stake earnings.

“He just continues to punch above his weight,” Paul Westerveld said.

“And he’s still going strong. As a race dog he was as hard a chaser as you could have and he’s throwing that chase into his offspring. He is a city and group winner producing sire and at the end of the day that’s what people aspire for.

“And that’s because there was no way he had reached his peak. Every time he stepped onto the track he was just getting better.”

That’s because the fashionably bred sire sits only behind luminaries Barcia Bale, Fernando Bale, Collision, Bombastic Shiraz and Where’s Pedro in wins and prizemoney as a sire.

Just some of the top flight offspring produced by Fabregas include the hugely gifted Pindari Express not to mention greyhounds the ilk of Dundee Osprey, No Donuts, Fabregal, She’s Gifted, Black Forge, Falcon’s Fury and Aston Bolero.

His list of group winning offspring is even longer.

At $3,300 he continues to represent fantastic value for breeders, his results punching well above his very reachable service fee.

“And he’s got a good few years left yet,” Westerveld said.

“He might not get the headlines of Barcia (Bale) and Fernando (Bale) but for me pound for pound he’s a sensational sire in his own right.”