THE bar has been set exceptionally high as the New Zealand Cup series (520m) rolls into next Wednesday’s four semi-finals at the Addington Raceway. 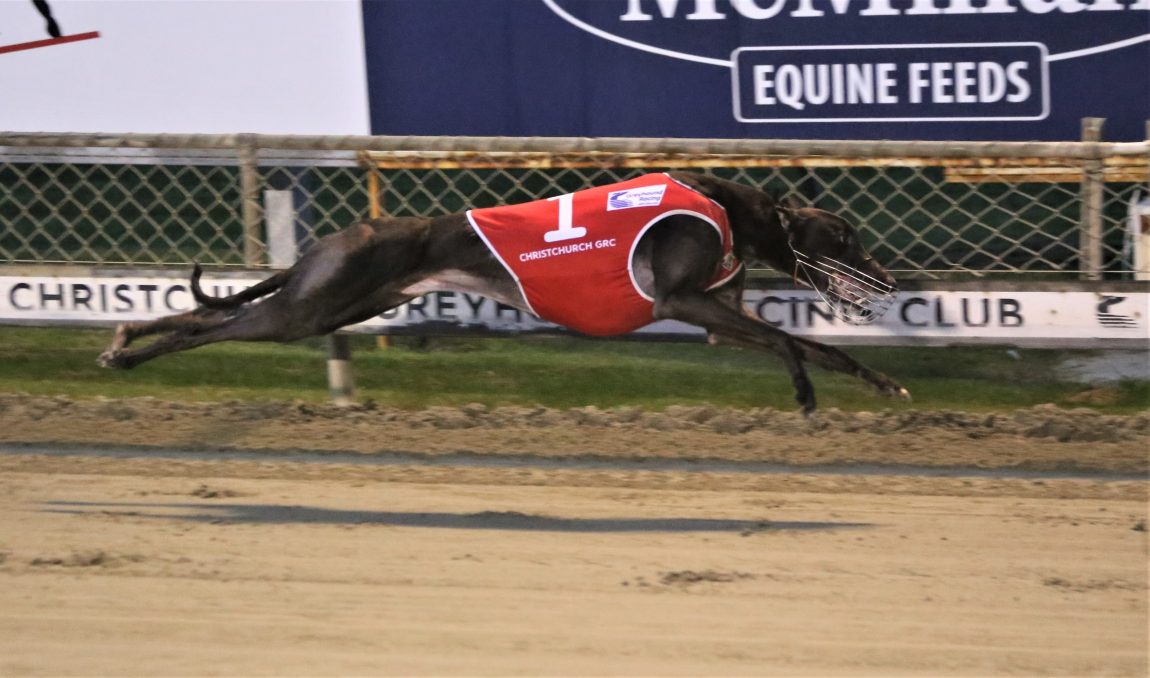 THE bar has been set exceptionally high as the New Zealand Cup series (520m) rolls into next Wednesday’s four semi-finals at the Addington Raceway.

Thursday’s seven enthralling heats kick started the race for New Zealand’s richest greyhound stake with the $100,000 final set down for November 11 when three Group 1 titles will be decided.

A satisfying statement was emphatically lodged in the heats with the three quickest 520m times being produced by Kiwi bred greyhounds.

Know Keeper (pictured) has always oozed immense ability and that talent was there for all to see when local breeder and conditioner Gary Cleeve produced his charge for his potent 29.87s heat win.

Just two races earlier the exciting Dave and Jean Fahey prepared youngster Opawa Superstar stepped up to the plate when mixing his paws at the highest level for the first time to deliver his stunning 29.89s heat victory. It was just his 12th race day assignment.

Opawa Travis was returned to his former home track by his northern trainer Phil Green. He set the tone for the evening when stylishly taking out the first heat in a tidy 30.03s.

They also provided the strong former Victorian chaser It’s A Blaze to prevail in his heat in 30.07s.

The Fahey NZ Cup influence was strongly illustrated as they will return six other runners for the semis, including last year’s NZ Cup winner Rock On John.

Craig Roberts was in the thick of the action when producing his Aussie bred contenders Leonard Bale (30.26s) and Tokyo Bird (30.13s) for their respective heat wins.

The remaining heat was won by Clarke’s Sarki in 30.22s for the long-term local trainer Bruce Dann.

The straight-out speed merchants were on display Friday afternoon when they contested a staggering 11 heats for the Group 1 Galaxy Sprint over the 295m dash.

The former New South Wales sprinter Typhoon Tim has recently crossed the Tasman and taken up residence in the powerful Lisa Cole kennels.

After a first up impeded Cambridge 375m sprint he ventured south for his Addington track debut.

It was as if he raced there throughout his career judging by the slippery 16.90s 295m sprint he produced. The scary aspect for his rivals is that he can only improve from his first look at the Christchurch venue!

It will be a very different looking New Zealand Cup week – a week that traditionally sees thousands of race goers descending on the Garden City from all points of the country when all three racing codes contest their respective New Zealand Cup.

The current Delta Covid-19 outbreak in the Auckland and Waikato regions will prevent racing enthusiasts from venturing south from there.

Four positive cases has surfaced in Christchurch this week, meaning all racing administrators will be holding their collective breaths with the Canterbury region clinging onto a Level 2 setting, meaning pockets of 100 spaced out patrons can, at this stage, attend the Addington and Riccarton venues.