DAVID Geall believes Ferdinand Boy will need to improve his first split if he is to add the Warrnambool Cup to his trophy cabinet on Wednesday. 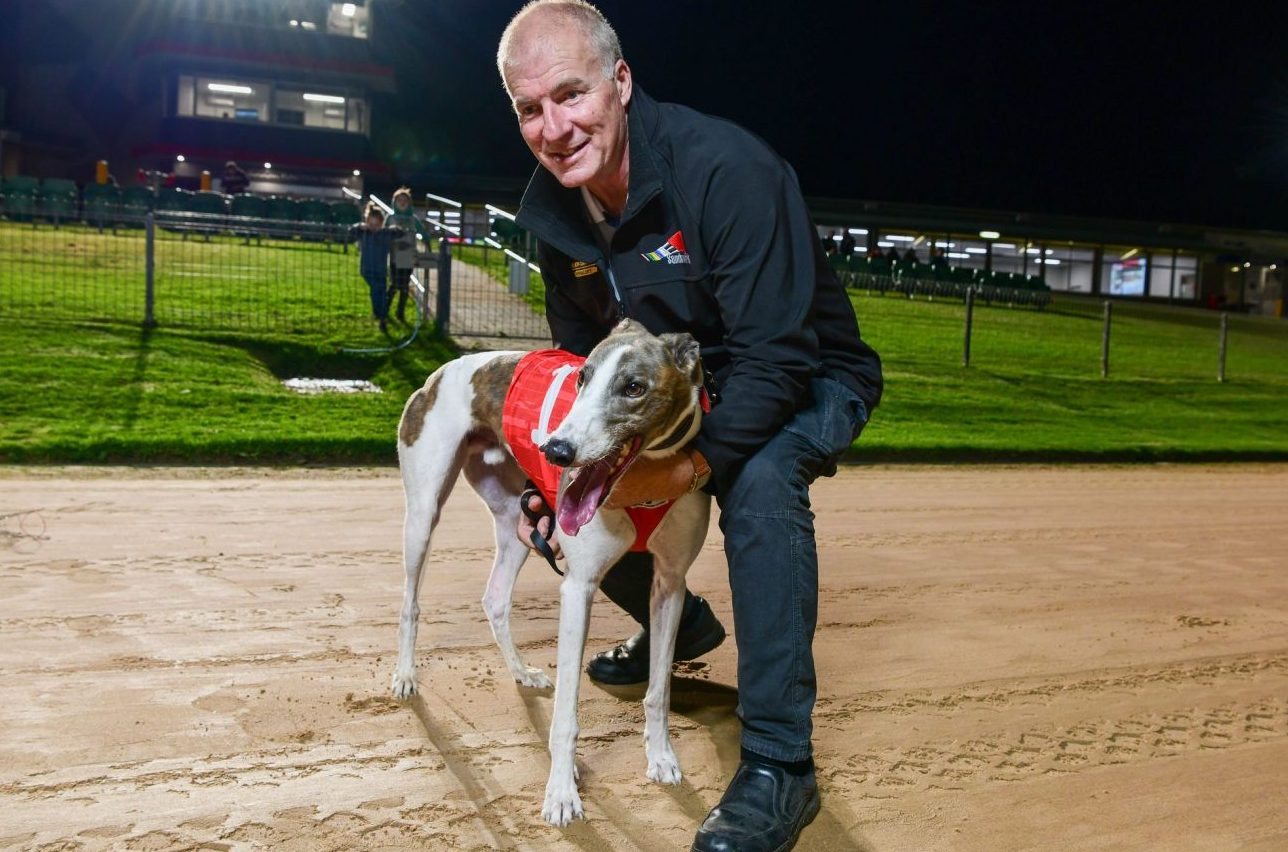 DAVID Geall believes star sprinter Ferdinand Boy will need to improve his first split if he is to add the Warrnambool Cup to his burgeoning trophy cabinet on Wednesday night.

A winner of three country cups in 2021, Ferdinand Boy won his heat in a slick 24.98 and was installed favourite for the group 2 final after drawing ideally in box one.

However, Geall said that he will need to improve his early split to claim the $47,000 winner’s cheque with the likes of fastest heat winner Mepunga Mustang, Ballarat Cup hero Compliance, and boom youngster Fearless Rory also making it through to the finale.

FERDINAND BOY has the opportunity to claim his fourth Group 2 country cup after taking out the seventh heat of the $47,000 to-the-winner Group 2 #WarrnamboolCup (450m) in 24.980 seconds for trainer David Geall.#GreyhoundRacing @tabcomau pic.twitter.com/M7dNztelq0

“He needs to go a tad better because of the calibre of dogs he’s racing against, but I think he can,” said Geall.

“He’s very well drawn in the red. He needs to go a bit quicker early than he did last week. I couldn’t understand why he only went 6.52 (in his heat) because I thought he got out pretty good.

The figures are all the more remarkable given he has done it almost exclusively racing on one-turn tracks with his only appearance over 500m resulting in a fall at Sandown Park.

According to Geall, keeping Ferdinand Boy to the provincial circuit despite the lure of city riches has been the key to his continued success.

“He’s been a marvelous dog for us – I just love the dog. A hard chaser and so consistent. He loves to race – even when he’s raced he wants to get back in the van the next day and go racing again.

“We’ve had half a dozen breeders that want to use him at stud so we’ll probably register him, but otherwise we’ll keep him as a pet, he’s got a kennel for life this dog.”

While Ferdinand Boy is the obvious punter’s elect – he’s been backed from $3.20 to $2.70 – Geall was bullish about his second runner, and $21 outsider, Fernando Mick.

Fernando Mick hasn’t reached the heights of his well credentialled kennelmate but has carved out a solid career in his own right with the Warrnambool Cup being his fifth group final appearance.

After finding trouble and almost falling in the recent Horsham Cup, Ferdinand Mick has been racing in career best form having won four of his last five starts.

Most pleasingly for Geall, he’s beginning much better than he had previously.

“I don’t know whether that shook him up or what, but since then he seems to be angry,” Geall said.

“He’s working better at home and he’s jumping well. We don’t know why – we’ve tried before to get him out of the boxes and we’ve never been able to do it. He’s a danger because he is beginning well now.

“Box five – it’s probably a good box for him, anywhere from box five out. But on the other hand, Compliance (in box 6) won’t give him any peace either.

“If he had box eight I’d give him an equal chance with Ferdinand Boy. If he was drawn outside Compliance, he’d be 5/1.

“He’s always been competitive at a high level in good fields, but because of him missing the start a length or a length and a half all the time, he’s never been able to win a big one. But he’s got a chance from box five, and he’s just going super.”

Geall also provided an update on his recently retired Melbourne Cup hero and new stud prospect Koblenz as he continues to recover from his career ending hock injury.

“It’s been five or six weeks (since his operation) and he’s walking well now. It’s been a very, very successful surgery – absolutely 10/10. He’s going to walk without a limp, if he wasn’t going to be a stud dog he could probably race again in eight months.

“He’s going well (at stud). There’s four bitches in pup already and we’ve sold 19 straws. He’s got some proven bitches that are going to have pups, we’re very excited.”