FELLOW trainer Anthony Azzopardi was on the phone to Iluka trainer Mick Patterson some months ago offering some helpful advice. 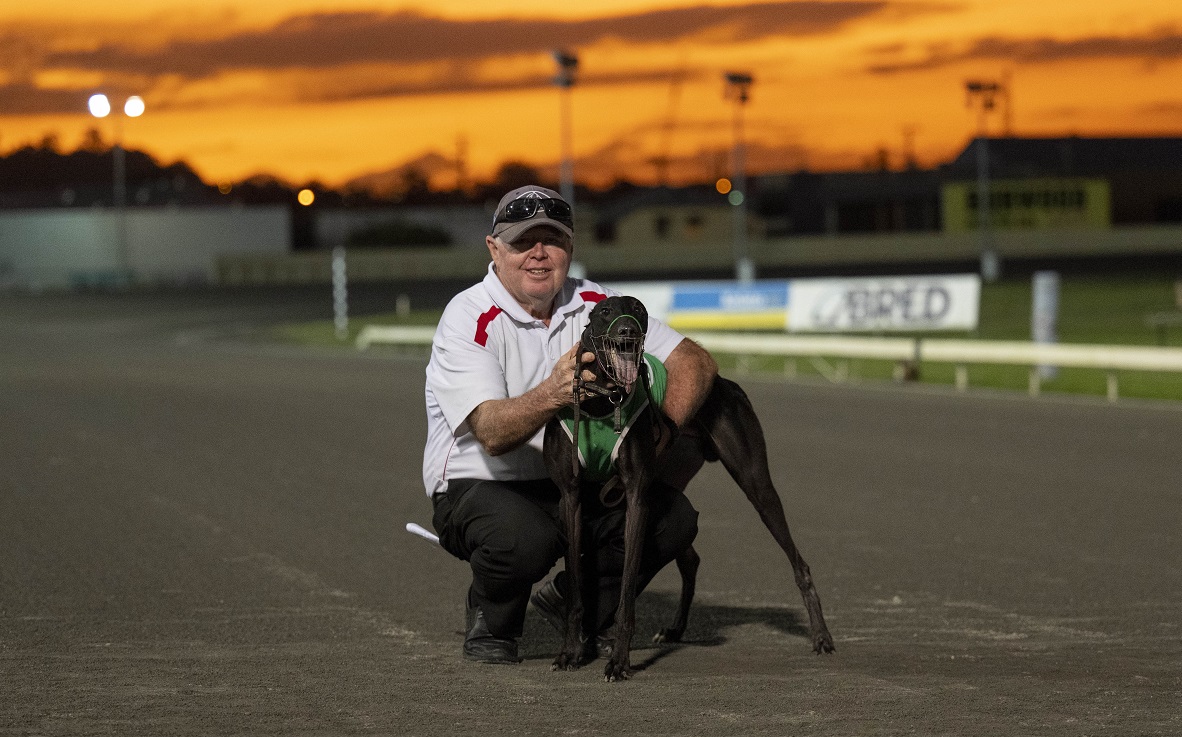 ANTHONY Azzopardi was on the phone to Iluka trainer Mick Patterson some months ago offering some helpful advice.

“Everyone” knew the ability Respectability possessed but the problem was getting it out of him. From his first four starts, Respectability did not run a place.

I think will be seeing quite a lot of Respectability during the winter carnival after he ran 29.62 over the 520metres today at Albion Park as the sun set pic.twitter.com/Pi869POiyd

Mick was getting edgy. Anthony reckoned he could help.

“Anthony rang and gave me some advice,” said Mick. “He’d had his father Raw Ability and it was so kind of him to ring and offer to help.”

On Wednesday night at Albion Park, just moments after Respectability had swept to a scorching 29.62 5th Grade victory by almost 13 lengths, the first person to phone Mick with congratulations was Anthony Azzopardi.

Mick Patterson, the Iluka training wizard, was not only on cloud nine because of the win, but the fact Azzopardi took the time out to contact him so quickly.

Mick admitted he had received criticism for ignoring the Young Guns series that is on at Albion Park at the moment.

“This dog has enormous potential,” said Mick. “But I have a plan and I always stick to my plans with my dogs.

“The plan is to get his confidence around Albion Park and then target the Flying Amy Classic.

“With that in mind, he will run again at Albion Park next Wednesday and then have a bit of time before going into the Flying Amy. He should be spot on for it.

“I know the opposition will be greater in that, but this is the plan we will stick with. Next week’s race will finalise the plan going into the Flying Amy.”

“He beat Glen Gallon by four lengths in the Gold Coast Cup and ran 29.70,” said Mick of He Knows Uno.

“He went on to make 23 Group or Listed races. It was a different era then to now and I’m not going to compare them.”

Patterson also won a 395m Novice with Respectability’s littermate Who’s A Picture in 23.09.

“Mark’s got a better one at home but I can’t get hold of it,” said Mick. “I’ll keep working on him though.”

In a horror thought for rival trainers, Mick admits Respectability is “not fully wound up yet”.

“I’ve been keeping him a bit on the fresh side,” he said. “I know what work he’s done and there is more to come from him in the future.”