THE Queensland and New South Wales squads have been announced for the TAB Origin series set down for Albion Park on Thursday, June 17. 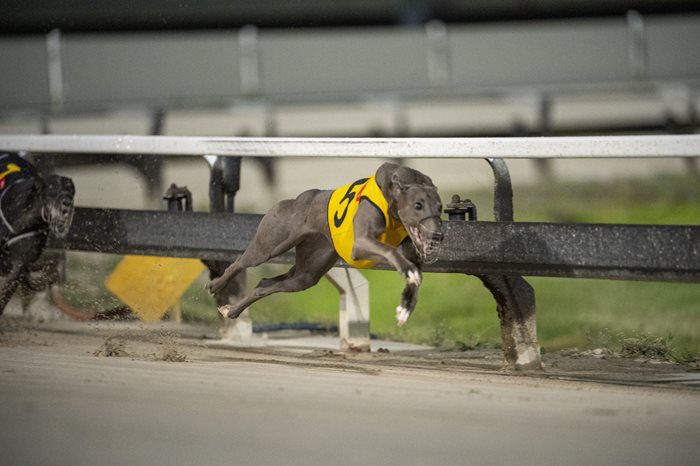 In the lead-up to the $375,000 Sky Racing Brisbane Cup, the Origin Series returns to Albion Park on June 17 with two $60,000 Group 3 races – the Origin Sprint and Origin Distance – along with the Listed Origin Match Race.

In total, nine greyhounds will represent Queensland and NSW next month, with each state naming their preliminary squads of 25 earlier today.

For a third straight year, Terry Hill will lead NSW into battle, and after tasting defeat at the hands of Chris Walker during the inaugural edition in 2018, he returned in 2019 with a powerful line-up to square the ledger at 1-1.

“It will be a great night – the Queenslanders put on a great show at Albion Park – but when we’re in the trenches, we’re there to win.”

During a decorated playing career, Hannant notched up 245 NRL games and won 12 caps for the Maroons – along with six for Australia – as one of the most imposing forwards in the game.

Unbeaten in the Origin cauldron across five series from 2008 to 2012, Hannant is hoping that trend will continue as the newly appointed coach of the Queensland greyhound squad.

“I’ve never lost to NSW and I’m not about to start now,” Hannant said.

“Form goes out the window when you represent Queensland. It’s whoever wants it most, it’s about heart, and it’s bred into us in Queensland.”

Earlier today, Hannant unveiled a talented Queensland squad including a nice mix of youth and experience in the sprinting ranks headlined by Limited Edition and Farmor Beach.

Joining them in the Queensland squad is Crazy Cool, who secured the Group 2 Golden Ticket in January, and then went on to run second behind Shima Shine in the Group 1 Gold Bullion Final.

While Sequana, the fastest bitch to have graced Albion Park, is hoping to shake off injury to claim a spot in the final line-up, but in order to do so, she will have to contend with up-and-coming stars, Extra Malt and Orchestrate, who are also pressing their claims.

In the staying ranks, Maggie Moo Moo, fresh off her appearance in last night’s Group 1 Sandown Cup Final, is among the local contingent.

“The TAB Origin Greyhound Series is one of the highlights on the Queensland racing calendar,” Racing Queensland EGM Operations Adam Wallish said.

“It’s great to have Terry returning in 2021 and we look forward to welcoming Ben to Albion Park.

“The Origin Greyhound Series provides a great warm-up to Super Night before a blockbuster Brisbane Cup.”

The Peter Lagogiane superstar got his first look at Albion Park last night and was electrifying during his track debut.

Not to be outshone, the NSW staying ranks includes Stanley Road, who finished second in last night’s Group 1 Sandown Cup, and is a winner of the Group 1 Fanta Bale Super Stayers and Group 1 Association Cup.

In the lead-up to this year’s series, TAB will soon offer a pre-nomination market, providing punters with an early chance to get behind their favourite greyhounds.