From Golden Slipper To Easter Egg For Avdulla

SUPERSTAR hoop Brenton Avdulla, fresh from winning the Golden Slipper, will be at Wenty on Saturday ready to take on the Golden Easter Egg. 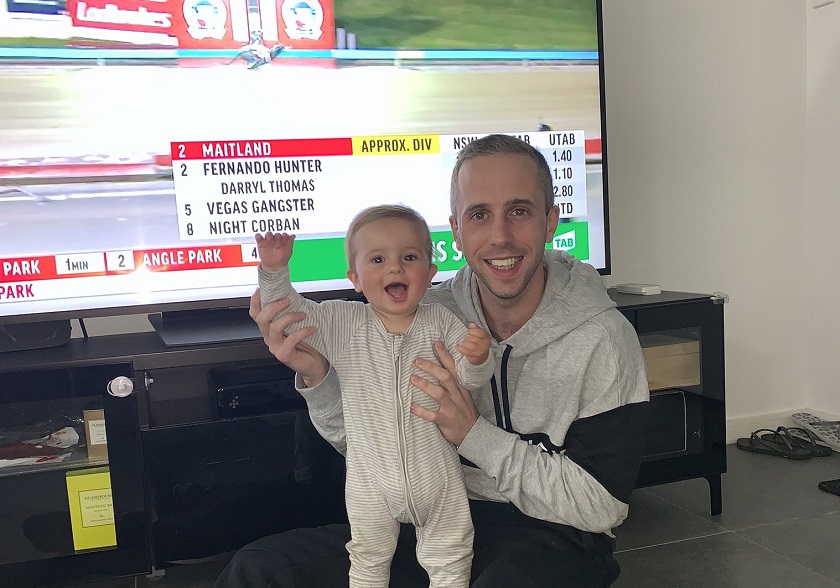 SUPERSTAR jockey Brenton Avdulla, fresh from winning last Saturday’s Group 1 Golden Slipper on Fireburn, will be at Wentworth Park on Saturday night with his newly granted handler’s license ready to take on the Golden Easter Egg.

Fernando Hunter runs from the four box in the tenth Egg heat, while Connections is perfectly boxed in the eight in heat four.

Both are trained by Michelle Sultana.

Fernando Hunter went bang last night!!! Thanks to the captain Darryl Thomas for having him spot on again 👌🏻 pic.twitter.com/QUbOc4MLfA

“Brenton is absolutely keen,” said Michelle. “He never misses when the dogs are racing and about 10 days ago got his handler’s license.

“I’m fully expecting him to be at Wenty wanting to handle the dogs in the Egg heats.”

“The four box actually suits him,” said Michelle. “There is plenty of speed drawn all around him, but most of it wants to get wide on the track.

“We are hoping he will get to the fence urgently and from there he’s a great chance.

Of Connections, Sultana said he had improved greatly from his first-up Gardens win in a fast 29.47.

“He hurt his Achilles when sixth at Wenty in January,” she said. “But, he pulled up fine after the Gardens win and has done a treat since.

“He’s a 110 percent chaser and we very much like him off the eight box.

“He is the makings of a very good dog with maturity but this is his first try at open company and often it is difficult in top company coming off a wide draw.”

“If he nails the start, he will be very hard to beat,” said Michelle.

“He will be a lot fitter than he was at The Gardens.”

Sultana is thrilled at the joy Avdulla shows for his greyhound racing interests.

“We were cheering him home in the Slipper last week when we were at Dubbo,” she said.

“But, when he gets to the dogs you would think he is more excited to be involved with them.”