From League Legend To Rookie Trainer 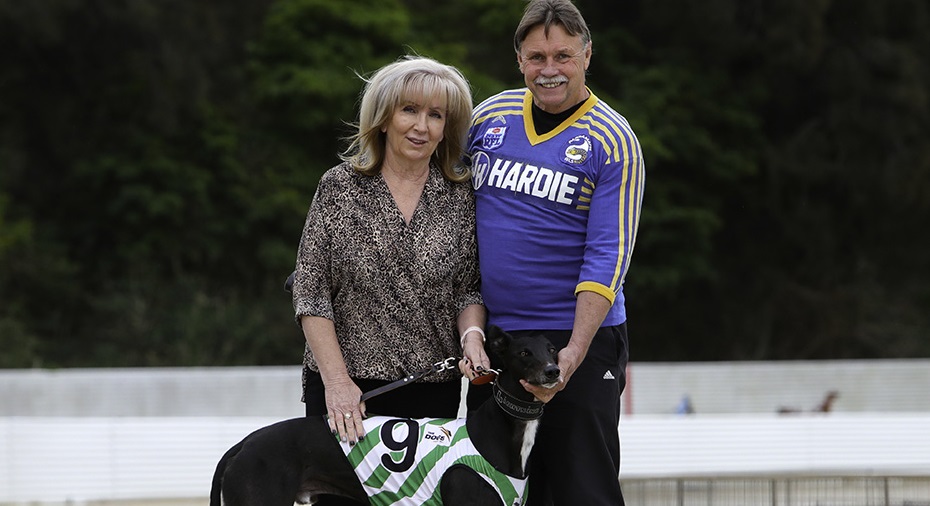 It’s hard to imagine anyone who stood toe-to-toe with the likes of Terry Randall, Les Boyd, Craig Young and all hard men of rugby league in the 1980s would get nervous about too many things, but this afternoon, Parramatta’s triple premiership winner Steve Sharp will be a little anxious come race two at Bulli greyhounds.

Sharp was not only coached by a true legend in Jack Gibson, but played alongside some of greats of the games, players such as Arthur Beetson, Mick Cronin, Ray Price, Brett Kenny, Peter Sterling, Steve Edge, Steve Ella, Eric Grothe and the list goes on. But today he will be a rookie as he and his wife Narelle have their first runner as greyhound racing participants.

Lightning Sharp, a dog the Sharps picked out as a placid pup, makes his debut in the second event on the Bulli card over 340m this afternoon.

“It is exciting because it’s been a long road,” Steve said.

“We love the dog, he’s a beautiful dog, and he loves to run … but he had a bit of trouble being a chaser. I don’t know whether he was just too nice, or whether we have spoilt him, but he finally got the idea and like I said it’s exciting that he will have his first race at Bulli.

“We do think he will gradually improve with racing. He’ll probably take five or six starts work out what it’s all about. He has high speed, gets out as quick as anyone, and gets home as quick, it’s that part in the middle where he loses his concentration and stargazes a bit.

“We have been trialling him every Friday at Bulli over the last five weeks and he’s continued to improve.”

Sharp, whose career at Parramatta spanned over a decade and included playing in four grand finals – three of which the Eels won in 1981, 1982, and 1983, the last team to win three successive premierships – got involved one Christmas after moving South to Bulli three and half years ago.

“We took a couple of our grand-daughters across for a Christmas party the club was holding, and got introduced to Sunny the greyhound who was the face of the adoption program at the time. My wife fell in love with the dog and we decided to get one and thought if we’re going to get one, we might as well get a pup and have a bit of fun.”

It hasn’t been an easy ride since then, but with perseverance, that pup now known as Lightning Sharp has made it to the track.

“We love the dog, he’s a beautiful dog, and if he never wanted to race, we would have kept him as a pet, and we’ll be keeping him forever after his racing is finished,” Steve said.

“I don’t know whether it was because we spoilt him too much or not, but we sent him away to two reputable breakers, and they didn’t have much luck with him.

“We finally had some success when we sent him up to Barry and Ros Evans at Moonbi near Tamworth for a couple of weeks, and they just spent a bit of time with him, showed him some love, and got him jumping out the boxes and running into the catching pen.

“This is a great industry where everyone is keen to help and give advice. We go to every Bulli meeting and then started going to Dapto and met a lot of the old trainers who have been doing it for years, and they’re only too happy give you a bit of advice.”

While the Bulli Christmas Party was the catalyst to getting more intimately involved, Steve explained a former footy foe and friend, also played a role in bringing Steve into the sport.

“When I was 17 or 18 I was playing A Grade with Mount Pritchard and Milo Vodagas was older, but he was bit of star for Cabramatta,” Steve recalled. “We became good friends, but I didn’t know he worked  with Jason Mackay.

“Many years later Jason had Ando’s Mac, and Milo tipped me into it in the Melbourne Cup and said I should get on, so I did at 14-1 and it won.

“That’s why when we decided to get a pup we wanted it to be an Ando’s Mac pup, and we found a litter with Tania Trappett up near WELLINGTON.

“When we picked him out of the litter, the others were a bit crazy, but he was just sitting there being a good little boy. Apparently that goes against all the traits if you’re going to look for a dog in the litter, they should be the crazy one.”

While he has made a lot of new friends in the industry and is a regular at Bulli and Dapto, each year he catches up with his lifelong football friends from his previous life.

The players from that wonderful Parramatta era hold a reunion for a few days on the Gold Coast each year, although that too was a casualty of Covid in 2021.

The current crop of Eels are often reminded the club hasn’t won a title since 1986 as they strive to end the drought, and the subject of what’s wrong with the Eels is often a taking point in football.

Steve was injured in the second last game of that 1986 season and missed the grand final. He did however that year score the first try at the then newly build Parramatta Stadium.

“People ask what’s wrong with Parramatta and the reality is, it’s very hard to win one (a premiership). There’s 16 teams trying to win just one premiership,” Steve said. “If you get it right at the right time, you can do it, but it’s not easy.

“We had a great era there and it didn’t start in with ‘80s, it started back in the mid-70s, and the club played in seven of 11 grand finals (as well as a replay in 1977) over that period. It was the beginning of all the good juniors coming through.

“I played with some amazing players, but when you’re part of it, you don’t see it like that … they are just normal people and teammates.