BY the time the 2016 Melbourne Cup came around, the entire greyhound racing world had been shell shocked and was only just starting to recover. 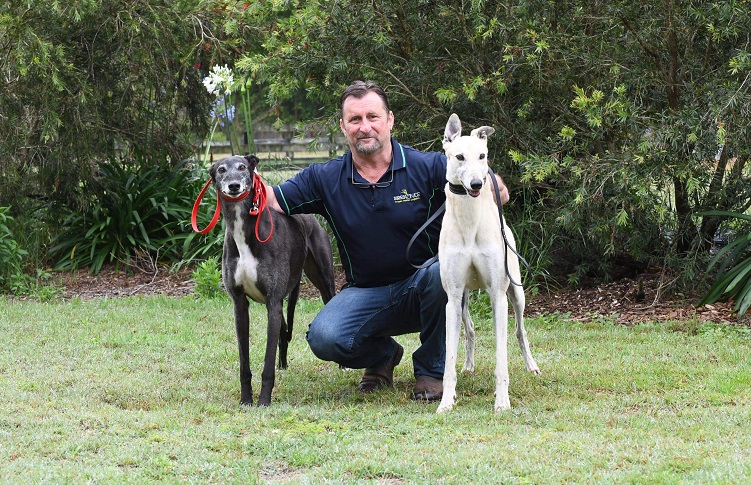 BY the time the 2016 Melbourne Cup came around, the entire greyhound racing world had been shell shocked and was only just starting to recover.

All greyhound lovers in NSW were just getting over the proposed ban on them by the Baird state government. No one was more vocal about how that would have devastated so many than premier trainer Jason Mackay.

So when Jason turned up in Victoria on a Melbourne Cup mission he had a point to prove and he put his faith in Ando’s Mac, the son of another Melbourne Cup winner El Grand Senor and Brook’s Doll which had already won the Group 1 Vic Peters.

By the night of the Cup, an Orange by-election win by Phil Donato had virtually sealed the fate of all those behind the proposed NSW ban.

Jason Mackay was riding high and Ando’s Mac would give him something to crow about. He won that Cup leading throughout knocking off a quality field of Group stars that included a wayward Jesaulenko, Worm Burner, Outside Pass, Zambora Brockie, Matt Machine and Tripum.

The Melbourne Cup victory had earned him a stud career and that’s where he headed.

Interestingly, Worm Burner and Zambora Brockie chased him home in that Cup and they too have gone on to successful stud careers. The Cup continues to produce top sires.

At stud, Mac’s first progeny have made a name for themselves … just ask the Northfield family on the Northern Rivers of NSW. They love him and have been rewarded for their faith in the Cup winner.

But it’s what’s on the way that has Sires On Ice most excited, the up-and-coming sire sure to make a real name for himself in the coming weeks and months.