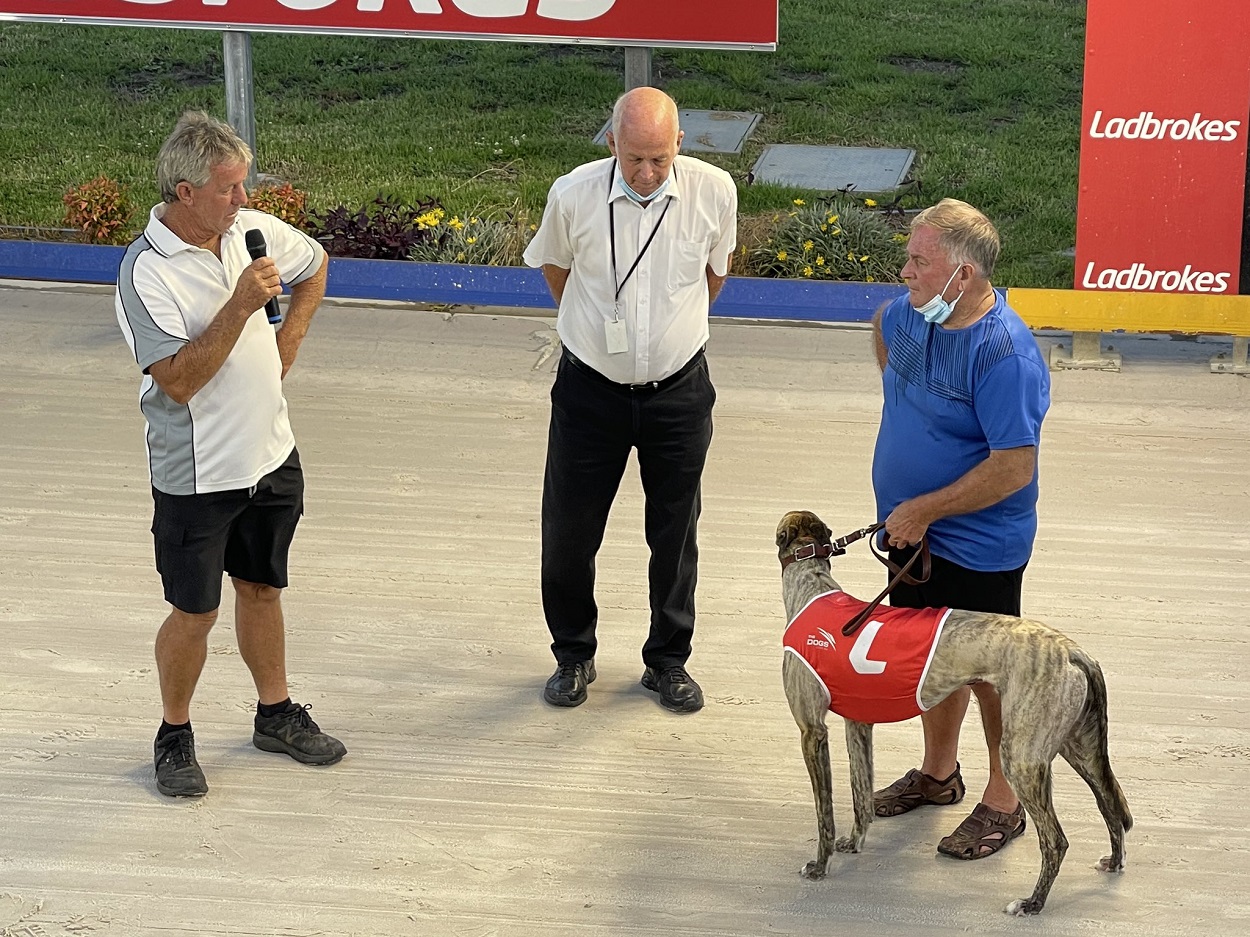 That’s because Reg landed both Grafton’s feature races, the Christmas Cup (450m) with Snooze McGraw on December 26, and on Sunday night the time-honoured Butch Monkley Maiden (350m) with Rogue Trigger.

Both dogs only came into the Gardoll kennel back in November when Reg was approached by their owners to give the dogs a try.

“Radomir Manojlovic rang me out of the blue in November and asked me to take Rogue Trigger for the big maiden at Lismore,” said Reg.

“He got pole axed at Lismore, so I set him for this race. What is most interesting is that this race was not even programmed for Grafton.”

The Wauchope feature event was transferred to Grafton for the 50th running with its home track out of action.

Rogue Trigger (Fernando Bale-Caramel Opal) began like a rocket and set up the race holding on to beat Indy Van Cool with Fascinate Donald in third in 20.24.

“That’s his claim to fame,” said Reg of Rogue Trigger. “He’s a lid pinger. Every trial I’ve given him his first section is perfect.

“Santa Claus certainly did remember where Pillar Valley is this year,” said Reg of his home base.

The Butch Monkley was also compensation for Colonel Trigger’s loss in the Grafton July Maiden final.

“Colonel Trigger is an older half brother to Rogue Trigger,” said Reg.

Rogue Trigger is the only runner Reg has had in a Butch Monkley.
“It comes at a bad time for us,” said Reg. “I’ve had a bit of success at Wauchope but to head there at Christmas was always a problem.”

He will now look around for short course races for Rogue Trigger for the future.

“Let’s hope he can get a bit stronger in the future,” he said.

Jeff Ahern’s Burnt Ends landed win 19 when leading throughout to win the Middle Distance Series (660m) early in the night to take his earnings to $101,000.