VETERAN trainer Reg Gardoll is not one to venture far outside the north of NSW unless he reckons he has something special in his kennel. 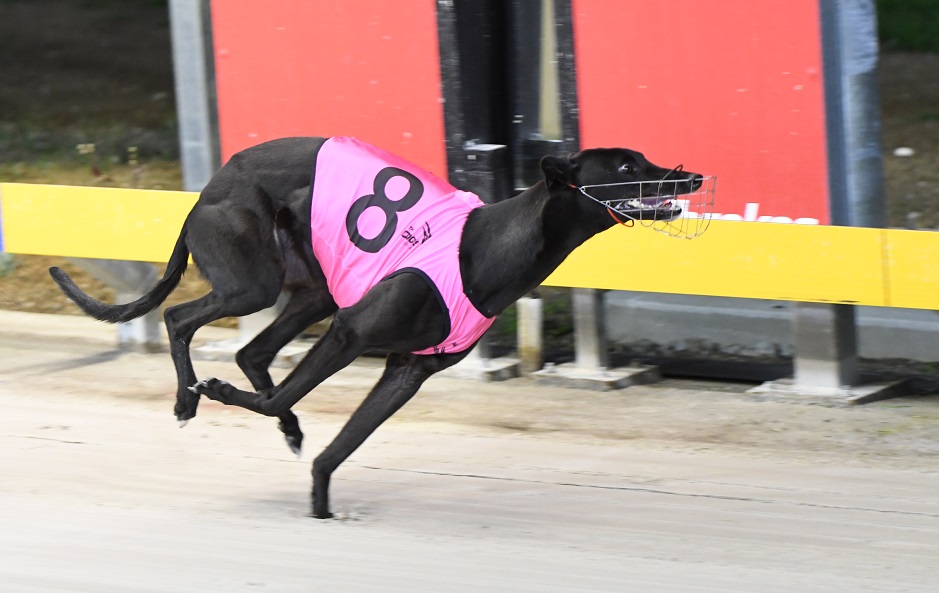 VETERAN trainer Reg Gardoll is not one to venture far outside the north of NSW unless he reckons he has something special in his kennel.

Reg has Sophie Zarr Wren drawn in the eight in Saturday night’s Group 1 Peter Mosman Opal Final (520m) and believes she is as good as anything in the race.

The daughter of Buck Fever and Kim Zarr Dashian made her Wentworth Park debut in the Opal heats last weekend when second to She’s Salacious in 30.03 beaten two and a half lengths.

“She trialled 29.80 at her first look at the track one Wednesday leading into the heats but for some reason the trial was put down in the form guide as being run at Temora,” Gardoll said.

“I’ve never been to Temora in my life. I joked that someone was trying to pull a rort.

“I was a bit disappointed she got off a bit at the first turn on Saturday night. But she should be improved by that run.”

She's Salacious and Sophie Zarr Wren are the first two through to the G1 @ladbrokescomau Peter Mosman Opal after running 1 – 2 in Heat 1 @WPGrey.

Reg has no qualms about the bitch handling the eight box in the final.

“She had the eight when she was making her debut in the July Maiden at Grafton and she just sped around the outside to win by seven lengths,” he said.

He believes the one and two in the final, She’s Salacious and Fernando’s Glory, are the bitches to beat.

“They are both speed bitches and drawn to be in the race,” he said. “She’s Salacious is a very good bitch. But, I believe our bitch is as quick as them. She just needs to get across early.”

“They sent me her half brother I’m Zarr Rock last year and he won at Wenty in 29.67 and won a Soldiers Saddle at Bathurst,” Gardoll said.

“Col and Katrina have been breeding very good greyhound for many years.”

Reg had no immediate plans for the bitch after the Group 1 final.

“She has won at Lismore in 29.78 and I would have liked to run her at Albion Park but with the border shut we can’t get there to race.”