Quinsee: "Garth Pup Could Be Something Special"

OWNER-BREEDER Martin Hallinan was sitting at home a few days ago watching racing over at Mandurah in WA showing just limited interest. 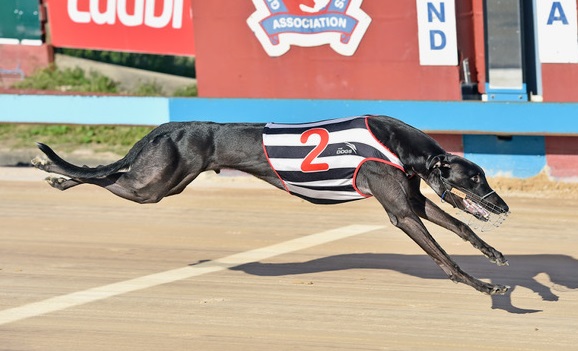 MARTY Hallinan was sitting at home a few days ago watching racing over at Mandurah in WA.

He could not help but notice a bitch called Bondi Monelli win in impressive fashion for owner Mike Quinsee and trainer David Hobby.

Within seconds of the victory, Marty received a text from Quinsee that simply said: “I think we might have something special”.

Her win at Mandurah was her third in a row from just four starts.

“I told Mike she could not have been more impressive considering the way she went to the line,” Hallinan said. “He’s right, he might have something special.”

Hallinan was naturally interested considering the bitch is by Zipping Garth whose first few pups to the track are showing great potential including the Hallinan’s Zipping Maserati winner of the July Maiden final at Grafton last week.

On Friday at The Gardens, a pup called Zipping Riley won by the length of the straight over the 515 metres running a flying 29.54.

Zipping Garth pups have now faced the starter on 72 occasions for 21 winners already, more than 50 per cent placed.

“I’m extremely happy with the way he has started his stud career,” said Marty today.

“They are winning races and showing ability and good early speed. That’s the way we wanted them to start off. But, there’s a long way to go.”

He and trainer Jason Mackay have huge hopes for Zipping Maserati and his littermates.

“They will get better when they get to Wentworth Park over the 500 metres,” he said.

“That is one of the better litters we have broken in.

“Maserati went 17.57 first look at Bathurst which is something else.”

Zipping Garth has been given his stud opportunity with 100 bitches mated in his first year at stud.

“Jason said to me before the Grafton Maiden series that Maserati and his littermates were about eight weeks off going to the races, but he decided to toss them into the series,” Hallinan added.

“If one won, then it was always going to be a great start to Garth’s career at stud.

“The best thing about his pups is that they chase. We’ve never had a problem with them.

“We’ve mated quite a few of our bitches to him.

“In the past, I never really used the Where’s Pedro line with my bitches so Garth coming along has given us a great opportunity to do that via him.”