STAR prospect Zipping Maserati passed an acid test when he won at Bulli on Tuesday to give his sire Zipping Garth another winning double. 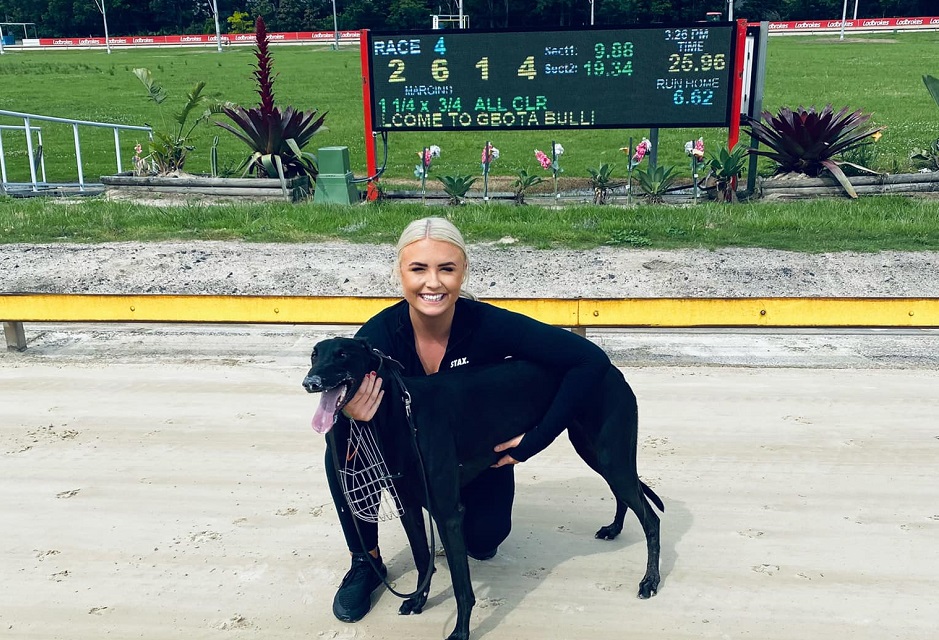 ZIPPING Maserati passed an acid test when he won at Bulli on Tuesday to give his sire Zipping Garth yet another winning double.

The son of Zipping Garth-Zipping Lilly ran 25.96 to win a 472m 4/5th grade fending off a determined challenge from classy Castle Warrior and Big Otis Banner to win as the $2.60 favourite.

His litter brother, Zipping Lopez, made it a race-to-race double when he went a slick 18.97 to win a 340m FFA beating Hardaway Titan and Sizzle Fly coming off a wide draw and running home strongly after an early check.

They were part of a winning treble for trainer Jason Mackay who also won later in the program with Conducted.

“I wanted to take him to the big track at Bulli to test him for an upcoming campaign at Wentworth Park,” said Mackay. “I want him going to Wenty with all his race manners perfect.

“He showed me at Bulli he is becoming a consistent beginner and that’s what I wanted to see.

Star litter & kennel mates Zipping Maserati + Zipping Lopez made it a race-to-race double for Jason Mackay yesterday at Bulli, with Maserati winning in a #BON time of 25.96 over 472m & Lopez in a sizzling 18.97 (also best) over 340m.

Mackay made it a treble when Conducted won R8 pic.twitter.com/FFH7IcU0ci

“The runner-up (Castle Warrior) is a 24.50 dog around Goulburn and that is flying and he really served it up to Maserati throughout the race.

“But, to his credit, Maserati and the runner-up went through a 9.88 first section and then a 19.34 through the bend. It was something else.”

Mackay is planning on Zipping Maserati heading to Wentworth Park on Saturday week.

“He has untapped ability,” he said of the Zipping Garth son. “I’m confident now he is mature and able to settle in himself to go to town.

“There are a stack of good races coming up for him and I’m confident this dog is the real deal.”

Of his litter brother, Zipping Lopez, Mackay will take him back to Bulli next week thinking he can give the track record, held by Group 1 star Flying Ricciardo, a nudge.

“He was a length outside the record yesterday and he copped a bit of a check early,” said Mackay.

“He should be nine for nine but for hurting a hock when run down in a race at Richmond a while ago. He had a little tear in a hamstring recently which we got him over and he is flying.

“At the moment 450 metres will pull him up but he is a special dog as well.”

Mackay cannot contain himself about the potential of Zipping Garth at stud.

“This litter is so good and we have a hundred litters or more yet to come,” he said of “Garth” who he rates one of the very best he has trained.