VETERAN sprinter Yozo Bale will make his first trip to Wentworth Park on Wednesday for a tilt at the Masters Meteor racing as well as ever. 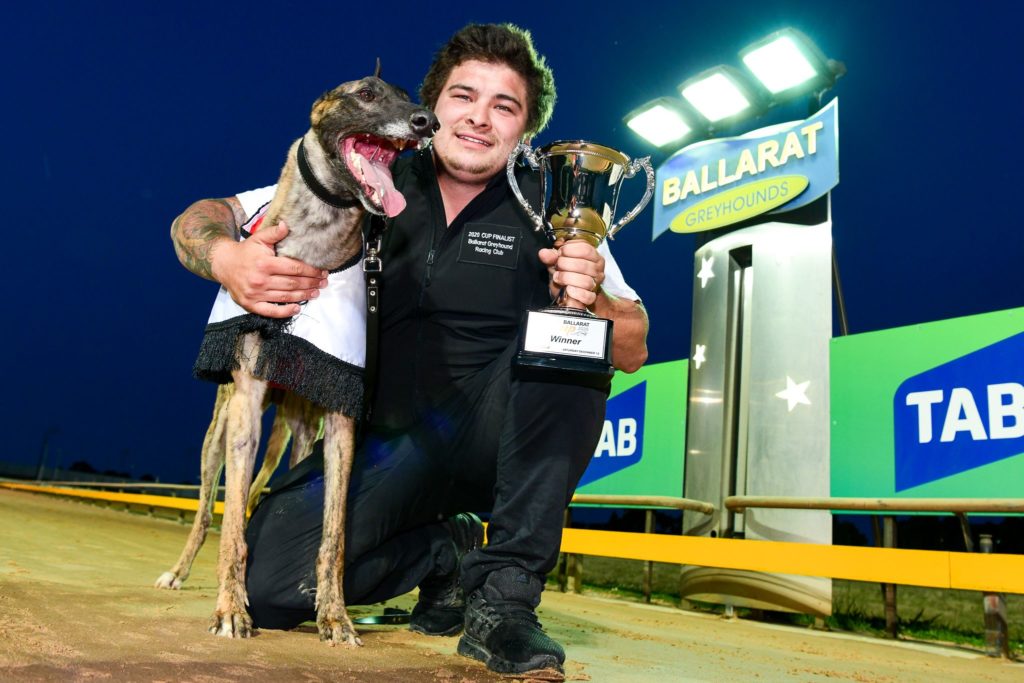 EVERGREEN veteran Yozo Bale will make his first trip to Wentworth Park on Wednesday night for a tilt at the Masters Meteor and trainer Correy Grenfell believes he’s racing as well as ever.

Since turning four years old in late March, Yozo Bale ran second in the group 2 Ballarat Cup before winning the group 2 Geelong Cup – his third attempt at his hometown Cup.

It continues his rich vein of form for the son of Fernando Bale, now placed in 11 of his last 15 starts. Grenfell had been managing an apparent hock injury to the three-time country cup winner, however an x-ray in late December not only changed his prognosis, but his fortunes on track.

“He might be better than he was,” said Grenfell.

“We had an x-ray done and found some bone chips in his toes. We didn’t take them out, we just treat those rather than his hock now.

“He had an old hock injury from when he was a pup. He’d broken it and it’s healed slightly sideways, but this soreness is in his toes. He’s form has turned around since we found out.”

While a new track doesn’t concern Grenfell, the draw and quality of the local opposition does.

“We got the hardest heat,” he lamented.

“Yozo is Yozo, he’s a front runner. I think he’ll make his own luck but he’s racing local dogs on a track he hasn’t seen before.

“I’m not too worried about him not having seen the track, but he’ll be better after the look so if he runs first two or one of the two quickest thirds, then look out.”

Yozo Bale will be joined on his trip north by four first starters lining up in the heats of the MDC Maiden series with Xenium Bale to be scratched. Grenfell believes the all have the ability to be city class – or better – the trip is more in preparation for the future rather than an immediate return.

“There’s two real good ones but they like to scoot wide. Xenium Bale will be scratched because he’s a bit sore in the hock, and Kai Bale will train on but I don’t know how good he’ll be to start with, he’s a real nervy dog.

“Who knows how they’ll go, being Wenty and never having been in the car that long. I just happened to come across (the series) and threw them in for experience more than anything. If they step up later down the track then they’ll have seen Wenty which is a bonus.

“All five of them probably have city class ability, but in a full field you never really know what will happen.”