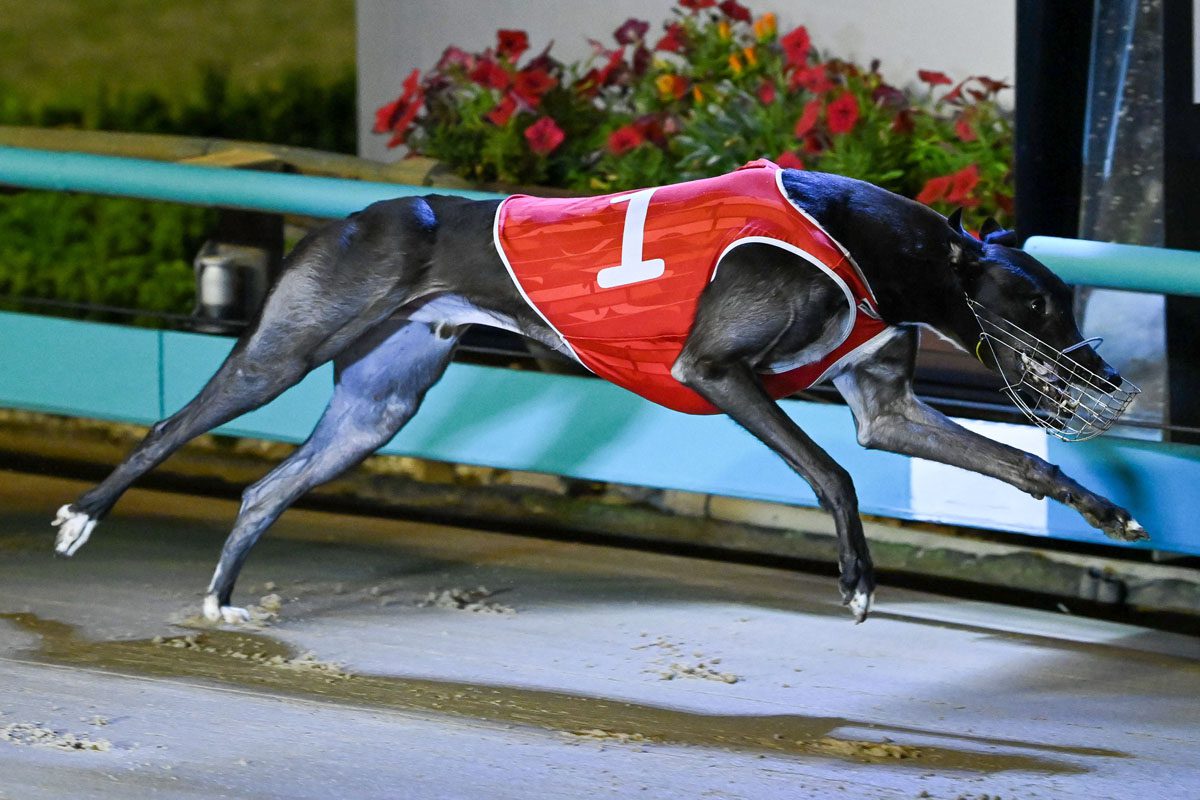 IN a previous life as a professional wrestler, before switching sporting allegiances to become a rising star of the greyhound training ranks, Daniel Gibbons – aka “Danny Psycho” – collected championship belts for fun.

But while Gibbons, 33, in partnership with wife Rebecca, has made his presence felt in a relatively brief career with the collar and lead, he hasn’t yet cracked a feature race win.

What better stage to celebrate a breakthrough success than Saturday night at The Meadows, where Gibbons has Titan Blazer, a $13 chance with TAB, engaged in the Group 1 TAB Australian Cup, one of the most sought-after races on the calendar.

“When I started training, all I wanted to do was win a trophy or a sash,” Gibbons said.

“Whether it’s in an Australian Cup or at a Tier 3 meeting, that’s all I want to do.

“The Australian Cup is worth a lot of money and it would definitely go a long way but winning a trophy would mean more to me.”

Gibbons was born into greyhound racing, being the grandson of former prolific trainer Graeme Bate, a two-time Australian Cup winner.

But by his own admission, Gibbons will have a “crack at anything” and he did just that, working as a panel beater and tattooist, among other jobs, before finding his calling in the ‘family business’.

They were so bad, in fact, Gibbons advised owner/breeder Peter Arnott to sell Titan Blazer before he’d raced in order to maximise his return.

“Out of the six dogs the owner sent me from the litter, Titan Blazer was by far the worst,” Gibbons said.

“He was three or four lengths behind the next slowest one!

“But Peter asked me to give him a go and throw him in a race and he ran the Best of the Day at Geelong, 22.42sec.

“To this day, he doesn’t trial well. The first time we put him around The Meadows he trialled 31.10sec but he came out the next week and won there in 29.90sec.

“Once he sees the other dogs, he just wants to beat them!”

From those humble beginnings, Titan Blazer gave Gibbons his first runner in a G1 event when he ran third in the Silver Chief, also held at The Meadows, on New Year’s Day.

However, Gibbons’ prospects of finally getting his hands on a trophy nosedived when Titan Blazer was allocated Box 8 for the $300,000 to-the-winner final.

“It’s one of the worst boxes he could’ve drawn,” Gibbons said candidly.

“It’s better than six or seven but it makes it very tough being drawn outside dogs that are quicker than him early.

“He needs to avoid any sort of contact getting around the first corner to have a chance.

“He’d be one of the quickest dogs in the race between the first and second splits but if he gets into any trouble on the first turn, I can’t see him placing.

“But we’re just rapt to be there. It’s a massive achievement to make an Australian Cup final and even if he runs last, it won’t worry me at all.”