JUNGLE Deuce has cemented his standing as Australia’s premier greyhound with a thumping victory in Thursday night’s G1 Gold Bullion at Albion Park. 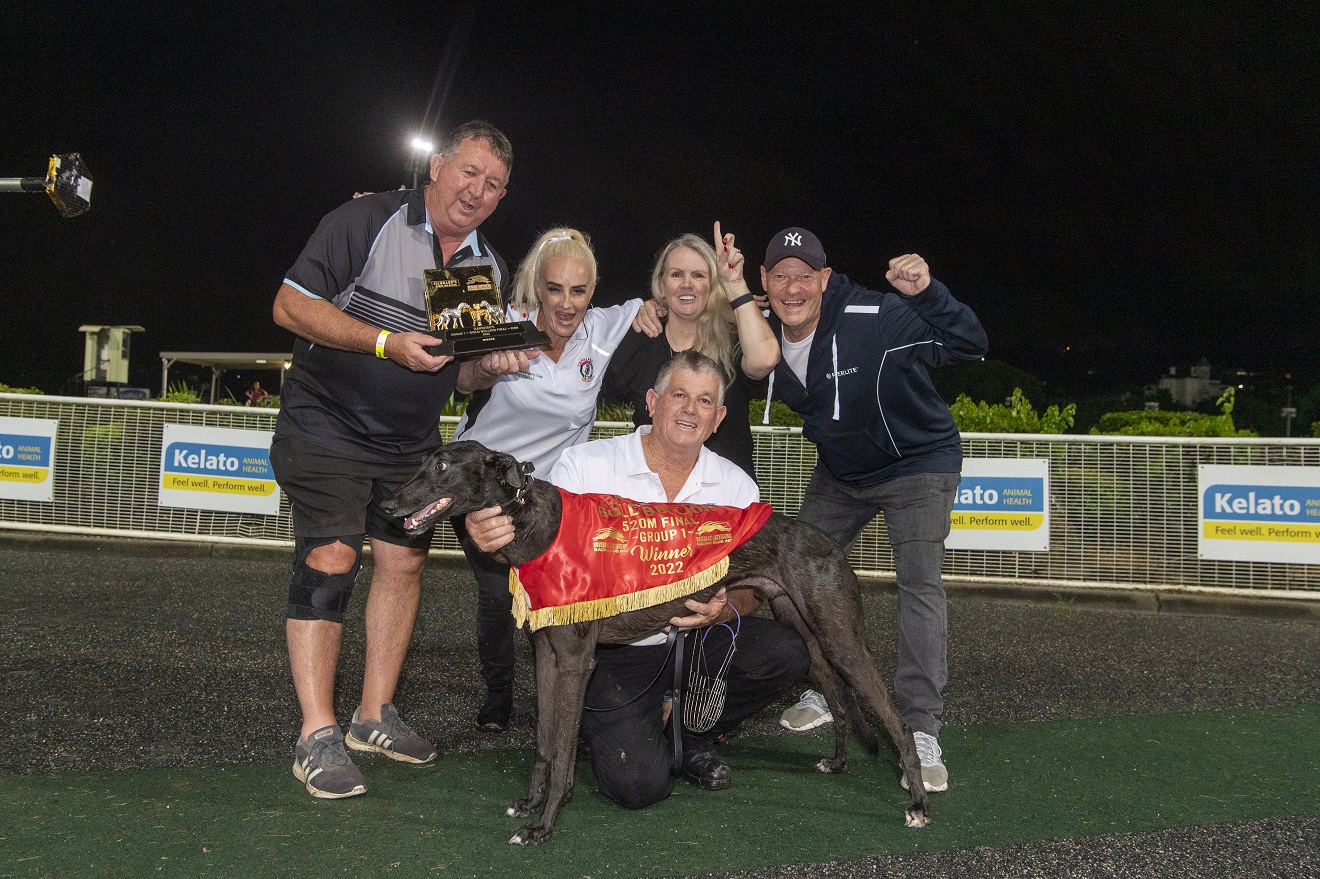 They say winning is a habit and when it comes to the Jack Smith-trained son of Barcia Bale truer words have never been spoken.

If there’s a current King of Albion Park it’s unquestionably “The Deuce”.

A perfect 7 from 7 at #brisgreys for the pride of NSW, Jungle Deuce, as he again dominates with sustained speed to claim the 2022 @GarrardsHnH Gold Bullion final over an unbelievably gallant Kooringa Lucy (1) and Louis Rumble (3) making it a NSW trifecta! pic.twitter.com/GQPUQnEJym

“He’s racing in the kind of form you can only dream of,” Jack Smith said post race.

“It’s hard to describe just how good a dog he is and what he means to us and the owners. He didn’t have it all his own way tonight but he just found a way.

“That’s his best attribute. He doesn’t know when he’s beaten.”

The time was nothing short of remarkable given the slow and heavy track conditions after Albion Park was the subject of significant rain in the lead up to the Group 1 blockbuster.

And while the performance of Jungle Deuce was what we’ve come to expect, the effort of runner-up Kooringa Lucy was also out of this world.

Winner of the recent Group 3 Golden Ticket to book her place in the final, Kooringa Lucy ran the race of her life for Mitch Northfield to finish just 1 ½ lengths away from the winner at the finish.

The Jungle Deuce juggernaut will now roll into Melbourne with the stud dog in waiting a guaranteed runner in Saturday week’s Group 1 Rookie Rebel (600m) at The Meadows.

If successful it will be a remarkable seventh group race victory for Jungle Deuce which will then be targeted at the Group 1 Australian Cup where he’ll look to emulate the deeds of his older half-brother Tommy Shelby, winner of the race last year.