FRANK Hurst was smiling after class race bitch Good Odds Cash had won her heat of The Brother Fox (516m) at Dubbo on Saturday in 29.31.

FRANK Hurst was smiling on Sunday after classy race bitch Good Odds Cash had won her heat of Group 3 The Brother Fox (516m) at Dubbo on Saturday night in a quick 29.31.

And Frank’s reason to be satisfied was enhanced when she came up with box two in the $50,000-to-the-winner final next Saturday night.

“Yes, that suits her,” said Frank of the box two draw.

“My bitch will go straight, but the one and the three have not got a lot of pace from the boxes, and the one will head to the fence.”

He was high in praise of the lift in stakes and prestige for The Brother Fox formerly the Dubbo Cup.

Good Odds Cash is the recent winner of the Group 2 Maitland Cup, was second to She’s A Pearl in the Group 1 Golden Easter Egg and a finalist behind the same bitch in the Million Dollar Chase.

Immediate plans for the bitch are to head to her home track of Richmond for the Oaks series coming up in June.

“She would need a trial on the track since all the new work has made it into a different track,” said Frank.

Jason Mackay landed two heats of the Brother Fox with Fantastic Raven in 29.44 leading throughout off her rails draw and then Zipping Maserati coming from off the pace to win in the last stride in 29.73. 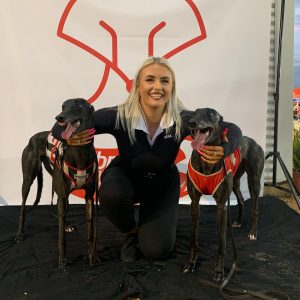 She was second at Dubbo in the rich Country Classic and a fabulous third in the Group 1 Golden Easter Egg.

Zipping Maserati was coming off his win in the Million Dollar Chase Consolation.

Ian Gilders’ Billy Creek headed to another feature race final when he won his heat in 29.55.

The Bathurst Cup winner has already been a finalist in The Phoenix.