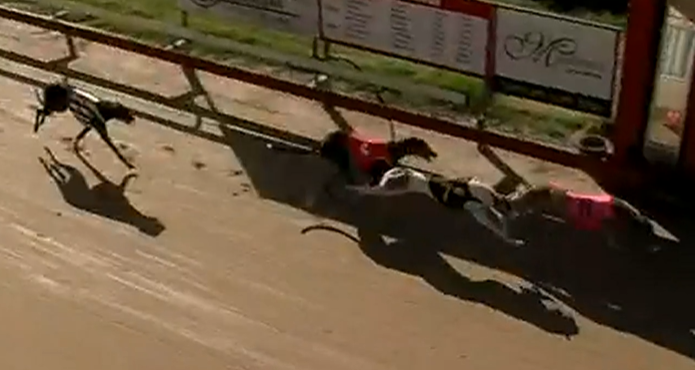 The son of Ritza Lenny and former top flight stayer Sherbini qualified fastest for the $5,000-to-the-winner finale with an impressive 24.93 heat win last week which was his debut at the track.

And it was much of the same in Thursday’s decider with the Rob Tyler-trained 14-time winner overcoming some anxious moments from his box eight draw to claim the first feature success of his 43 start career in a smart 25.07.

“He’s a very professional little race dog – gives his all week in week out,” Tyler said following the win.

“I gave him a really good chance today expecting him to improve with the look at the track in the heats and he proved me right. But he didn’t have it all his own way, he had to earn it.

“When they’ve won a dozen or so races they aren’t easy to place so this was a nice option for him and he got the job done. I’m wrapped with how he’s going.”

Owned by Monique Annetts, Good Time Lenny’s Armidale Cup triumph continues the terrific run of success the combination has enjoyed recently with the Tyler-trained Ritza Daniel and Malin Beg Millie scoring in the past week also.

“She (Monique) puts a lot into the sport so to win this race for her is very rewarding,” Tyler said.

“It’s not a Million Dollar Chase, but it’s a start! We’ve had a good run recently and with some nice young ones coming through hopefully it’s a big 2022.”