NATHAN Goodwin had no choice but to be a greyhound trainer and the 44-year-old is making a real name for himself out of the town of Kempsey. 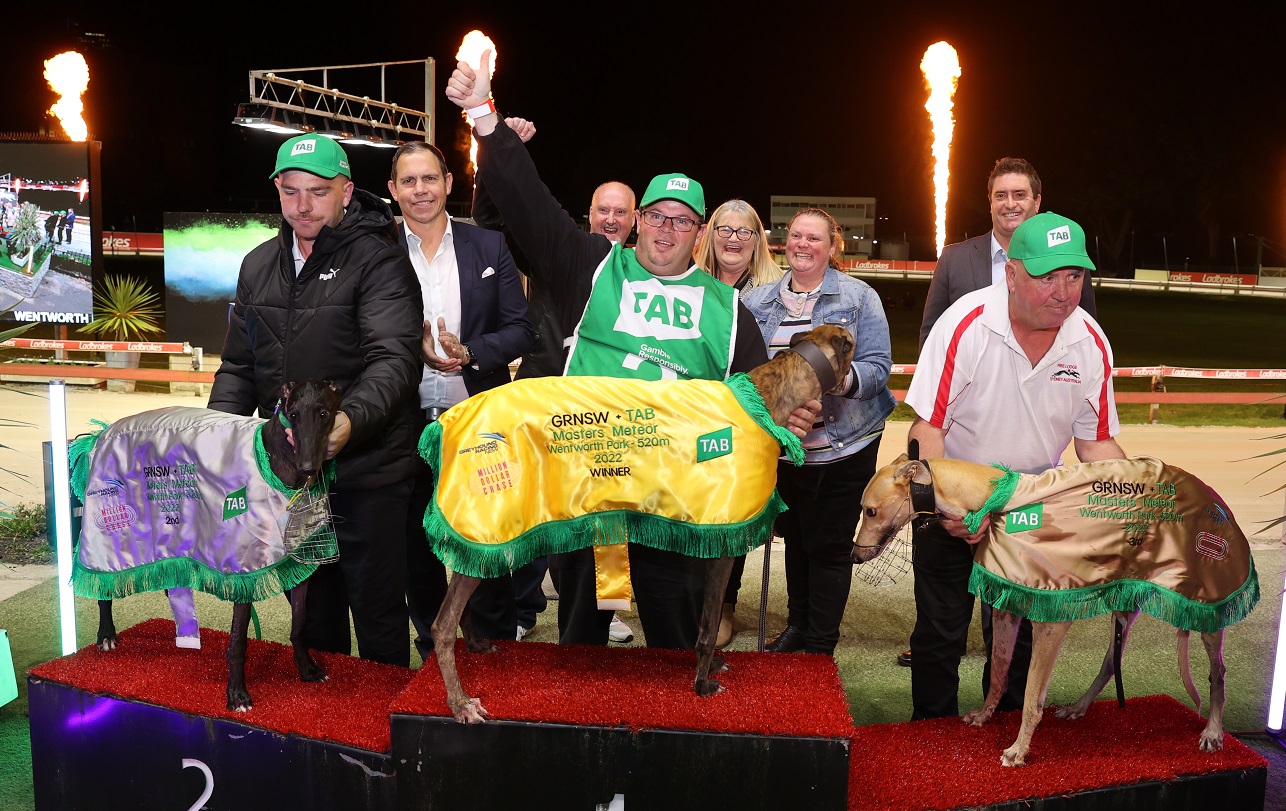 NATHAN Goodwin had no choice but to be a greyhound trainer.

The 44-year-old was born into a greyhound racing family at Kempsey on the Mid North Coast of New South Wales.

Yes, he’s had stints away from home, having spent some years racing in North Queensland where he trained the winners of the Townsville and Mackay Cups.

But these days he is firmly entrenched back at home in Kempsey and about to be married in October to Leeanne Walker.

Nathan Goodwin has experienced his biggest win with Angry Blizzard taking out the Masters Meteor in a total thriller tonight at Wentworth Park Greyhounds – we think he will be able to buy his soon-to-be wife a very nice present after that win!#thedogs pic.twitter.com/1tEk12Exw6

While those Cups in the north were fantastic, Nathan has been riding the crest of a wave of success in recent times more often than not via some astute buys of tried dogs.

He and Leeanne have 20 in work.

But Nathan and new owner Chris Witt burst onto the big time earlier this month when Angry Blizzard clinched a $100,000 pay day with a narrow victory in the Masters Meteor on Million Dollar Chase night.

Nathan and Leeanne have been working wonders buying tried dogs and turning them into “cash registers” as Nathan likes to call them. 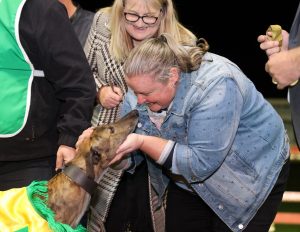 Unidentified for $6000 and already a city winner at Wenty.

Goodwin had plenty of prior notice about the potential of Meteor winner Angry Blizzard even before he was born.

Nathan knew the quality in the damline. He had trained Cobber In Motion, a litter brother to the “Angry” dogs that had been raced by Chris Witt, Angry Lightning and Angry Thunder. 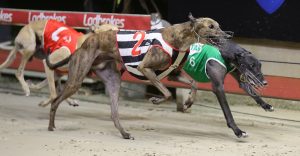 Cobber In Motion was a finalist in the Richmond Derby and Townsville Cup out of the Goodwin kennel.

Chris got himself a couple of pups from a mate he knew from the local RSL in Sydney. They were Cosmic Chief-Crafty Annie.

They raced as Angry Lightning and Angry Thunder.

“I got the nickname of Angry when I was a young fella and spoke up during a meeting on a building site,” said Chris.

“The nickname has stuck for 40 years. That’s why all our dogs are called Angry something.”

Ken moved to the Northern Rivers and left behind the two Angry dogs.

Of the eight, six could run. Among them is Angry Blizzard. 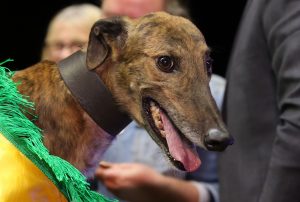 Angry Blizzard landed a $13 betting plunge when winning his maiden at Albion Park.

“I was still counting the money when we drove in through the gates at home at Kempsey,” said Nathan.

The run to the Meteor victory was never plain sailing.

Angry Blizzard tore his stomach muscles in the heats of the Richmond Derby in 2020.

“Then he got a couple of failing to chase tickets. One more of those and things were over for him,” said Nathan.

But, Masters racing has been the making of Angry Blizzard.

He grabbed Fire Legend on the line to win the Meteor to give his connections their greatest thrill in the industry.

Goodwin is forever with an eye out for those “bargains” that come along.

His strike rate is climbing with every astute purchase, the Meteor victory a career highlight.

Kempsey, the once thriving greyhound centre that enticed the Goodwin family to embrace the industry for decades, is happy their home-grown “son” is making a name for himself nation-wide.