KEVIN Anderson has announced the regions where the remaining $23m from the Government’s Greyhound Capital Grants Program will be spent. 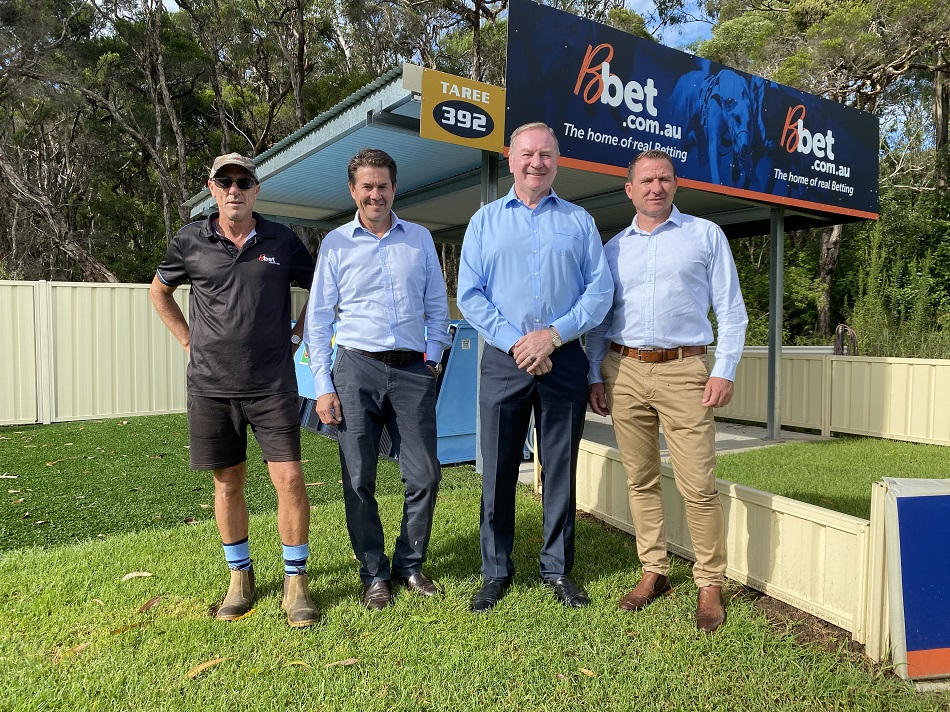 MINISTER for Better Regulation Kevin Anderson has announced the regions in which the remaining $23 million from the Government’s Greyhound Racing Capital Grants Program will be distributed.

Midway through 2017 the NSW Government declared it would provide the NSW greyhound industry with $30 million in funding to “improve animal welfare including track upgrades to reduce injury risks” over the next five years.

Fast forward to 2021 and $7.2 million of that funding has been spent, bankrolling seven projects, most notably the eagerly anticipated $4.8 million Grafton redevelopment.

On Tuesday morning at a press conference in Taree, Minister Anderson reconfirmed his Government’s commitment to the program aimed at driving the highest of animal welfare outcomes.

“Through this investment the NSW Government is securing the future of greyhound racing in this State, while continuing our commitment to world-leading standards of welfare and care,” Anderson said.

“These design standards for the State’s tracks have been developed by Greyhound Racing NSW (GRNSW) and the Greyhound Welfare and Integrity Commission based on leading research by the University of Technology, Sydney.

“The plan we are announcing today will ensure all tracks in NSW are upgraded to the minimum standards over the next three years.

“These standards put animal welfare front and centre and are yet another example of our ongoing commitment to a safer and stronger NSW greyhound racing industry.”

Including projects already either finished or underway, the Minister announced $11 million has been assigned to the Northern NSW and New Englund regions which includes Casino, Grafton, Gunnedah, Tamworth, Taree and Wauchope.

$1.2 million in total will be spent at Bathurst, Broken Hill, Coonamble and Dubbo, while Gosford and The Gardens, representing the Hunter and Central Coast, will receive $5.2 million.

The South of NSW and Riverina, comprising Bulli, Dapto, Goulburn, Temora and Wagga will receive $11 million while the remaining $1.6 million will be spent at Richmond and Wentworth Park while the future home of metropolitan racing is decided.

“The release of Government funding for our plan will facilitate the development of world-class racetracks with an emphasis on safety and welfare,” Mestrov said.

“There is still a bit of work left to be done and GRNSW will be continuing our consultation with all other clubs to make sure they have input into the future of our great industry and importantly all 32 clubs will benefit from this allocation of Government funding.”

Tuesday’s announcement essentially rubber-stamps that the NSW Government has adopted GRNSW’s vision and track strategy for the future.

“The NSW Government’s safety funding has been allocated according to the GRNSW Track Strategy, which directs this funding to the following 20 racetracks across NSW in tranche one,” the Minister added.

“GRNSW will continue its consultation with the remaining 12 tracks in tranche two.”