TRAINER Gary Smith, by his own admission, is no internet buff and he needs to do some homework to be up to date with the happenings in the industry. 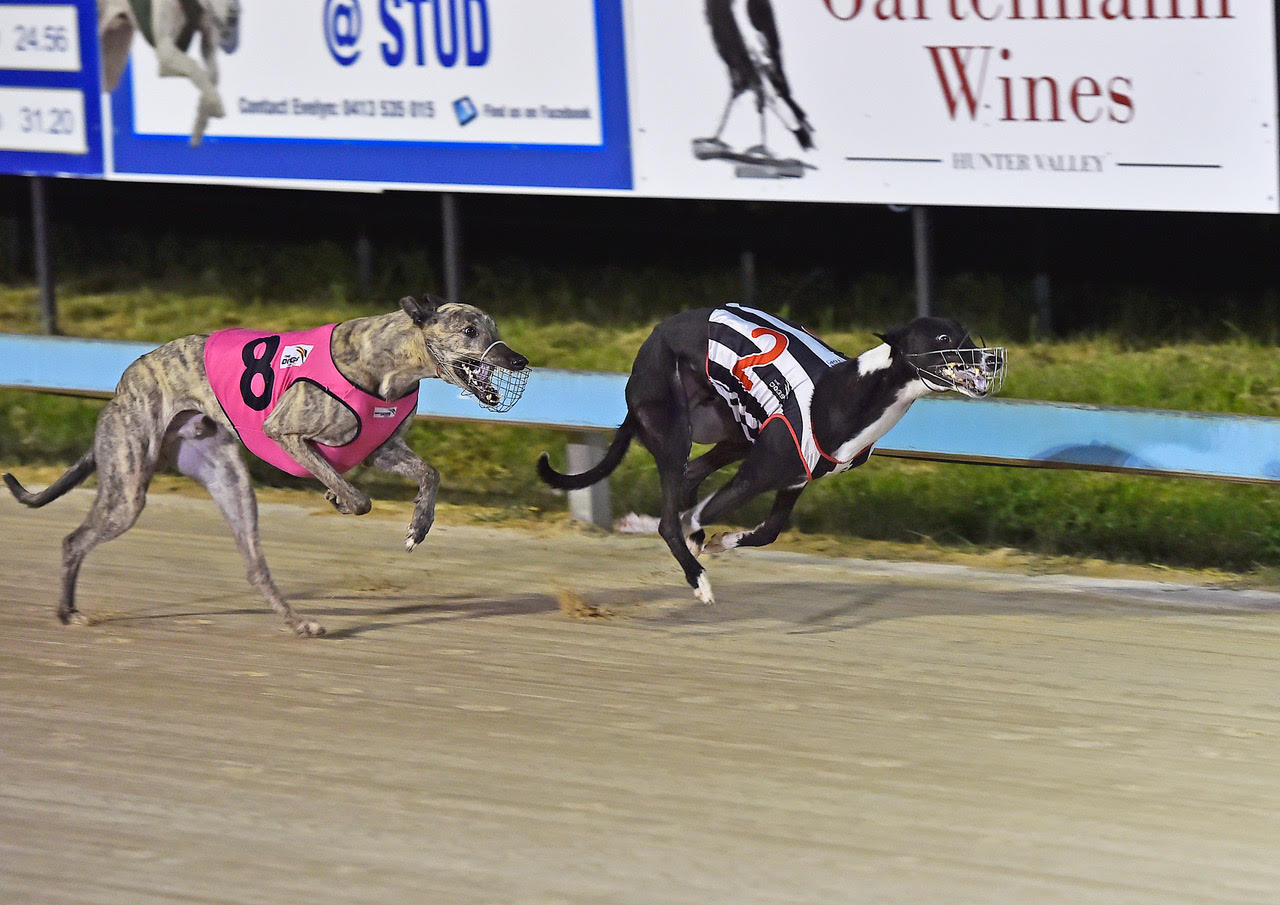 COUTT’S Crossing (Grafton) trainer Gary Smith, by his own admission, is no internet buff and he needs to do some homework to be up to date with the happenings in the industry.

But when told on Wednesday that Grafton would host in June the richest short course race (over 350m) in the world, all Gary could say was “WOW”.

The finale of The Thunderbolt will be staged at Grafton on June 19 after semis on June 11 and regional heats at Wagga, Gunnedah, Bulli, Richmond, Goulburn, Grafton, Bathurst and Gosford.

Grafton local Orara Dan was having his first look at Maitland tonight and saluted in East Maitland Bowling Club Maitland Gold Cup Ht 4, running the 450m in 24.95 with Our Mechanic behind him. Worth the trip!

Gary has a special interest in the race.

That’s because he owns and trains Orara Dan (Magic Sprite-Isla’s Style) the current Grafton 350m track record holder, a mark of 19.69 he set back in October last year.

“What an honour for Grafton’s new track,” said Gary of the announcement. “It goes to show how this track is thought of.

“But, gee how quick are these semis and the final going to be.

“I hope the likes of Frank Hurst and Jason Mackay stay away, but that would be wishful thinking,” he joked.

Gary has a special reason to wish Frank Hurst would stay away.

Orara Dan finished fourth on Monday to Hurst’s Good Odds Cash in the final of the Group 2 Maitland Gold Cup.

“I wasn’t happy with the way my dog travelled to Maitland,” he said. “He lost a half kilo on the trip to trial, run in the heat and then again in the final despite me doing everything to hydrate him and have him up for the trip.”

Immediate plans for Orara Dan include the upcoming Group 3 Grafton Cup, but The Thunderbolt will certainly be on the agenda.

“He will get a freshen up before the series,” said Gary. “We have got to go for it.”

JOHN Dart has ruled out a start in The Thunderbolt for star sprinter Typhoon Sammy, the Dart-family raced record breaker and Group star.

“He only needs one more country Victorian Cup to earn a $50,000 bonus and that will be our target,” said Dart of the now Jason Thompson-trained son of Aston Dee Bee-Zabaleta.

“We are keen to build up his career and be able to give him a stud career in the future.”

Commands Respect is a litter brother to Peter Lagogiane’s boom youngster French Martini, a near track record breaker at The Gardens on debut.