CASH View broke the Grafton 450m record on Sunday running 25.01 and trainer Robert Cooke is adamant he should have eclipsed the 25-second mark. 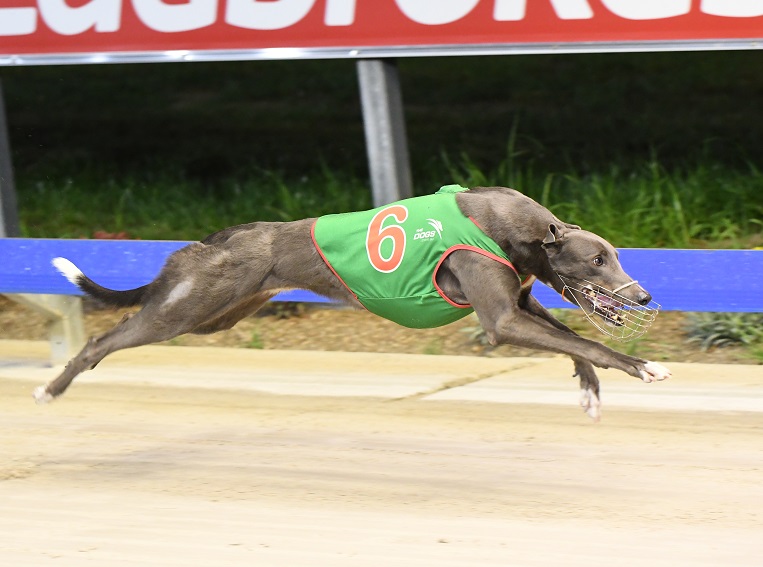 TOP class galloper Cash View broke the Grafton 450m track record on Sunday running 25.01 and breeder, owner and trainer Robert Cooke is adamant he should have eclipsed the 25-second mark.

“He and Burnt Ends collided just after the start and I reckon that cost him breaking 25 seconds,” Cooke said.

Cash View (Raw Ability-Cashpot) has now won four of five starts over 450m on the new Grafton track and each time has threatened Typhoon Tommy’s record of 25.10.

“Even though he was in that early trouble, he had the leaders going around the first turn so he was always going to run time,” Cooke added.

“The first person on the phone this morning was Anthony Azzopardi (studmaster for Raw Ability),” said Cooke. “But he’d already posted on Facebook that he had broken the record.”

Yesterday was a day for records, with Cash View also setting a new standard at Grafton, running 25.01s for the 450m trip.

“We’ve got the clearance to cross the border with our dogs to race in Queensland so I will nominate him for this week’s Albion Park meeting,” said Cooke. “He still has two fifth grades to win up there.”

The ultimate target will be the Group 2 Lismore Gold Cup with the heats due October 19 and the final on October 26.

Cash View chased home Lismore specialist All Hands Off there on September 9 beaten just two and a half lengths in 29.58.

“How can you run her down around there when she reeled off a first section of 4.24,” said Cooke. “The previous best, to my knowledge, has been 4.28. Fred’s (Swain) bitch is almost unbeatable there.

Cash View was the second of a winning double. The other was Turbo Cash (Raw Ability-Cash In Motion) who won a maiden on debut in 25.75.

“He is a very promising young pup who will improve out of sight from that run,” said Cooke. “He is part-owned by Lismore secretary John Zorzo and his father Kevin. It is their first greyhound.”