BILL McMahon is refusing to look too far ahead with Dr. Tucker after the Great Chase hero capped off a successful return to racing on Sunday. 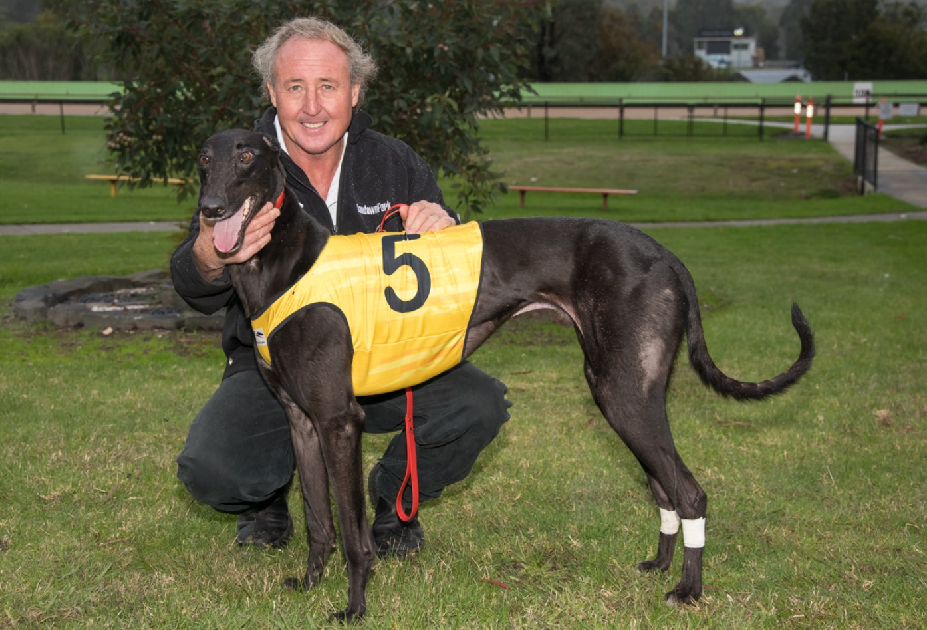 TRAINER Bill McMahon is refusing to look too far ahead with Dr. Tucker after the Great Chase hero capped off a successful return to racing at Healesville on Sunday.

Scoring by an ever widening 9 ¼ lengths, Dr. Tucker recorded a stunning 18.84 for the Healesville 350 metres, a time that compares favourably to straight track champion Peter Galo’s 18.65 track record.

“He’s nowhere near hard fit so I was wrapped with the run – not many win up the straight by that far,” McMahon said.

“He had his first run this year at Sale a few weeks ago but split his webbing so I thought the straight was a good place to kick him off.

“Our straight track at home is similar to Healesville and he’d been going up there six-tenths quicker than anything else we’ve got so the time didn’t surprise me at all.”

Boasting 10 wins from 18 starts, Dr. Tucker created a huge impression to begin his career in 2020 which ultimately led to a stunning victory in the Group 3 Great Chase (525m) at The Meadows in October.

But as the son of Bernando embarked on a tilt at the Group 1 Melbourne Cup at Sandown Park his form began to falter, much to the concern of McMahon.

“He ran third to Hard Style Rico and Simon Told Helen in the Silver Bullet but it was the start after at Sandown he just didn’t seem the same dog,” McMahon said.

“In the Melbourne Cup and Ballarat Cup he failed to fire which was totally uncharacteristic for him because he’s as good a chaser as I’ve had.

“He was pulling up sore in a hock but after working on it and getting him checked over the soreness would go – it was a real head scratcher.

“After his Ballarat run I got (wife) Judy to book him in for an x-ray to see if there was anything else going on. The day he was set to go though I told her not to worry about it thinking it was all in my head.

“But just before she was leaving for the vet she asked me one more time if I wanted her to take ‘Tucker’ and at the last second I said yes you may as well.

“He had the x-ray and it revealed a fracture in the hock. The vet said had he had one more start with it he’d likely not have raced again.

“That’s how close it was to going completely.”

Given Dr. Tucker’s immense ability, McMahon has adopted the slow and steady approach with his recovery, spending the past part of five months on the sidelines.

And it’s an approach the Darriman trainer says has the capacity to pay dividends in the future.

“If anything he’s returned better and faster,” McMahon said.

“It’s taught me a thing or two and it wasn’t until the x-rays revealed it had fully healed with good bone density that we started again with him.

“But we’re not getting ahead of ourselves. We’ve taken the time to get him right so we won’t push him. There’s a bit of a lull in feature races here now so we’ll chase some low grade races with him and build him back up.

“I was trying to get him right for the Harrison-Dawson which his old man Bernardo finished second in but that was knocked on the head when he split his webbing at Sale.”