KEL Greenough will be shooting for back-to-back Group 1 Sale Cup triumphs when Zac’s Entity takes his place in the Boxing Day blockbuster this Sunday. 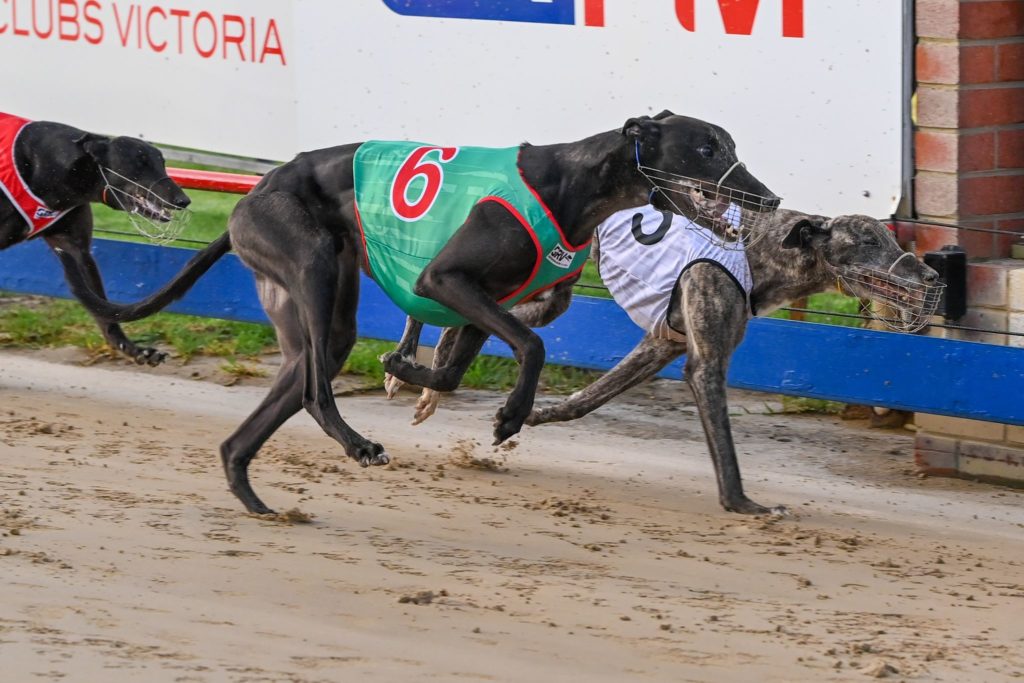 Last year Greenough claimed the $75,000-to-the-winner final with Houdini Boy after the son of Zambora Brockie unleashed his trademark booming finish to score in emphatic fashion.

But for Greenough the prospects of annexing a second straight Sale Cup title couldn’t be any different, speaking candidly about his expectations of an enigmatic Zac’s Entity ahead of Sunday’s Group 1 assignment.

“I didn’t think I’d ever have another dog with the natural ability of Houdini Boy but I’d say Zac’s Entity has him covered,” Greenough, still reveling in Wow She’s Fast’s epic Phoenix triumph, said.

“But the difference is Houdini Boy was up there with the best chasers I’ve had and Zac’s Entity is down there with the worst. I’d be lying if I said I wasn’t nervous about him doing something wrong again but he got through the heat so we’ll push on to the final.

Victorious at five of his nine starts, Zac’s Entity went into Sunday’s Sale Cup series for the first time since grabbing headlines for all the wrong reasons when marring Stanley Road off the track in the Group 1 Topgun Stayers (725m) at The Meadows last month.

After that indiscretion Greenough sent the hugely talented yet enigmatic son of Fernando Bale away for reeducation with Peter Gavin before clearing him for a return to racing with a narrow second to Silver Lake in a trial at The Meadows on December 1, posting a sensational 29.53 for the 525m.

“I don’t think there would be a metropolitan track record he couldn’t break with his mind on the job,” Greenough said.

“Going into Sunday I took him back to Peter Gavin’s and did some work with him in the bullring. Everything that can be done to bring the best out in him is being done.

“Before the heats I trialled him at Sale and he went 1/100th off the record on a slow track, on the clock he’s capable of anything.

“Box six makes things harder in the final as he doesn’t show as much speed when he’s drawn wide. Hopefully he gets himself into the race at the right time and puts it all together. It’s hard to know what to expect really.”

Greenough says Sunday’s Sale Cup will likely be the catalyst for some further conversations with Zac’s Entity’s owner-breeder Mick Barry.

“We’ve had some pretty honest talks about what direction to take with him and I think Sunday will give us an even better idea,” he added.

“We’ve spoken about New Zealand or being very selective in what races we go towards. But at the end of the day he’ll tell us what we do really starting with Sunday.”

TAB Fixed Odds have Zac’s Entity at $4.60 to win Sunday’s Sale Cup with favouritism held by the Jeff Britton-trained Mepunga Ruby at $2.00 from her box one draw.

Jarick Bale ran 37.13 to qualify fastest for Mark Delbridge while the opening heat was won by Omega Tyson in 37.22 for Barry Harper.