PREMIER trainer Kel Greenough heads to The Meadows on Wednesday with a couple of nice maiden final hopefuls in Slick Sister and Perfectly Poised. 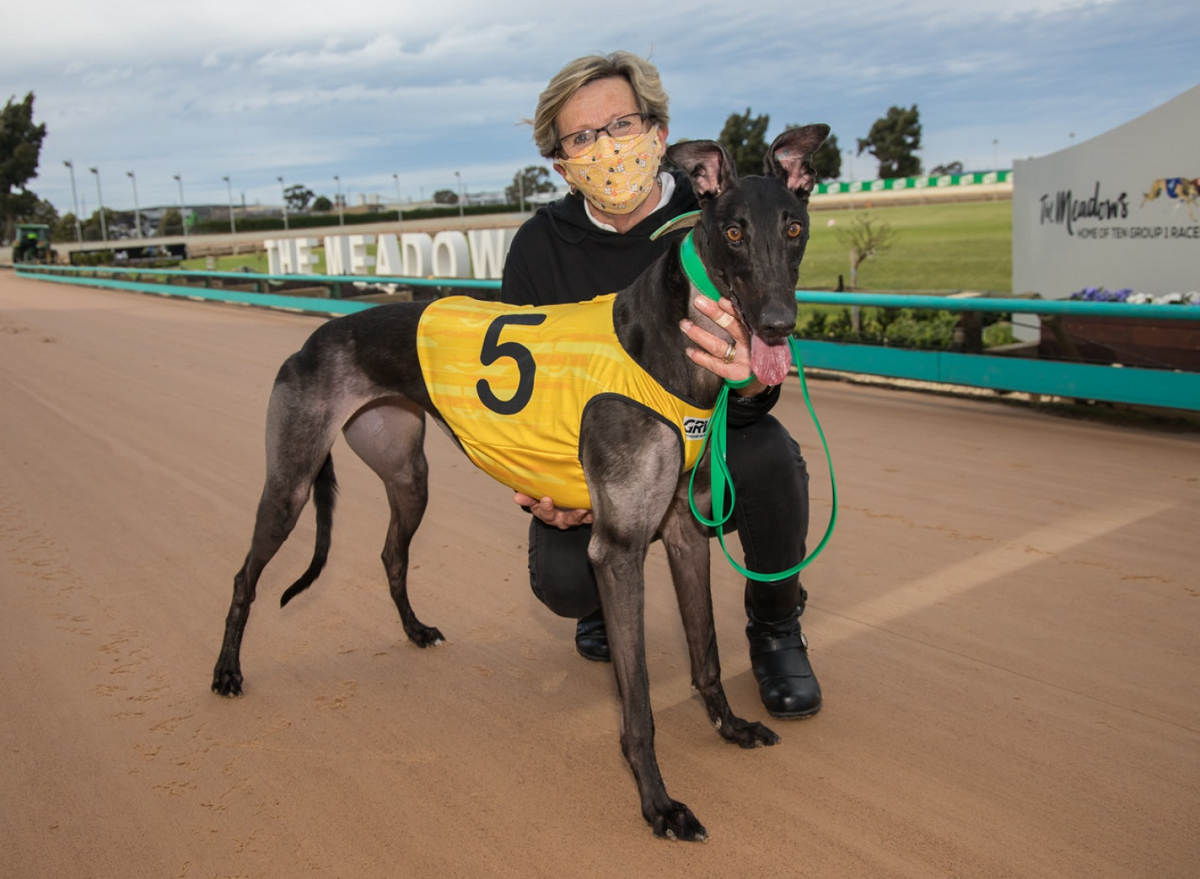 PREMIER trainer Kel Greenough heads to The Meadows on Wednesday with a couple of nice maiden final hopefuls in Slick Sister and Perfectly Poised.

Both won their heats of the GRV Vic Bred maiden series last week with Slick Sister (Sh Avatar-Broadway Miss) scoring in 30.11 by almost 12 lengths and storming to the line.

Perfectly Poised (Fernando Bale-Zara’s Entity), Greenough admitted, went into the heat underdone and struggled to the line to win in 30.50 but still scored by almost nine lengths.

Both take their place in this Wednesday’s semi-finals, eyeing a berth in the following week’s finale.

FIELDS AND FORM THE MEADOWS WEDNESDAY

“Slick Sister is a reasonably promising young bitch but she has a habit of crashing to the fence which we can only hope she gets out of with racing,” Kel said.

“She has not learnt to go straight yet.

“But we are confident she will run ground and that could certainly change things in her races.

“She’s a nice type in the making.”

Of Perfectly Poised he said it was her first 500 metre run since May and she was very underdone.

“The race was coming up so we put her in,” he said.

“She weakened pretty badly at the finish but should be improved by that run for this week’s final.”

“His owner Mark Ruff is going out of his way to back the dog’s stud career with advertising and race sponsorship,” Kel said.

“Unfortunately winter is upon us and it is a bad time to get things rolling on a dog’s stud career.

“But the interest has been good and he has already served a bitch we trained called Never Duplicated.”

Their dam Sweet It Is was a champion.

“But he also has served a Launching Pad placegetter and a bitch called It’s A Wink a daughter of It’s A Blur,” Greenough said.