GREYHOUND Racing NSW has been successful in their Supreme Court action to enable tonight's Dapto program to go ahead as scheduled. 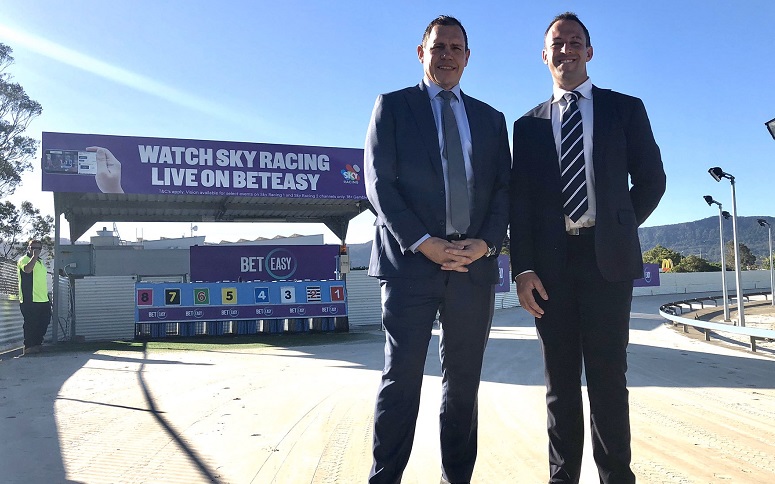 GREYHOUND Racing NSW (GRNSW) has been successful in their Supreme Court action to enable tonight’s Dapto program to go ahead as scheduled.

“GRNSW is delighted that the NSW Supreme Court has this afternoon ruled in favour of GRNSW to access the Dapto venue and given orders that enable tonight’s meeting at Dapto to go ahead as scheduled,” said GRNSW CEO Tony Mestrov.

“This is firstly a win for the participants of greyhound racing in NSW.

“It is unfortunate that it took a court order to obtain access to the Dapto venue, but we promised to fight for the participants and we have won the right to conduct a meeting at Dapto tonight.

“While we will go ahead with racing at Dapto tonight, we will now also get to work on addressing the issues with the Dapto Agricultural and Horticultural Society (DAHS) and its board and try to understand why the participants and GRNSW have been undermined in such a way.

“As we announced earlier today, we have appointed an administrator to take over running of the Dapto club.

“We will be making further announcements tomorrow (Friday).”

“The Dapto Agricultural & Horticultural Society is disappointed with this afternoon’s decision by the NSW Supreme Court to allow Greyhound Racing NSW to take over racing on property owned by the Dapto A & H Society,” the statement read.

“The Society has grave concerns for tonight’s hastily convened meet, given curators have not had adequate time to prepare the track in a safe manner to ensure the welfare of greyhounds.

“Our legal team is working through the matter and our directors have an obligation to fight this battle in the best interests of our local community.”

Speaking at a 10am press conference on the outskirts of Dapto Showground on Thursday morning, GRNSW CEO Tony Mestrov told the waiting media and a throng of local participants that the governing body has appointed former head steward Grant Carroll as administrator to run the club’s operations, effective immediately.

“The message from GRNSW is simple, if the Dapto Club does not have the ability to run greyhound racing at the venue, then we will,” Mestrov said.

“Since GRNSW and participants were blindsided by the Dapto club’s unlawful announcement [to cease operations] yesterday, I have been inundated by calls across the state asking GRNSW to step in and fix the problem.

“GRNSW has supported greyhound racing at this iconic track and we will continue to do so.”

“After extensive and careful consideration, the Society’s board has decided it cannot continue with greyhound racing operations,” Leslie stated. “Locking Dapto into a non-negotiable three-year term forced us into an unwinnable and financially damaging situation without the certainty of our regular Thursday night timeslot. We have no alternative but to cease greyhound racing.”

It was a position Mestrov denied emphatically at Thursday morning’s press conference.

“The agreement put to Dapto were the exact same terms put to the other 14 TAB clubs which were accepted,” Mestrov said.

“The Dapto club remained the only TAB club in NSW not to have signed the new Funding Agreement with GRNSW, which places each of those clubs in a more financially sound position with better cash flows and security.

“During the process of negotiations with the Dapto club over recent months, we’ve raised serious questions about the administration and reporting of the Dapto club’s accounts.

“GRNSW had sought clarification on these accounts, in particular figures listed separately for each of the Dapto Agricultural and Horticultural Society Ltd and Dapto Greyhound Racing Club.

“For some time now, angry and long suffering participants have built up a lack of confidence in the Dapto club’s governance and that has now reached a tipping point.”