NICK De La Roche is heading along a path of "firsts" with the ultimate aim the Group 1 National Futurity coming up at Wentworth Park in the New Year. 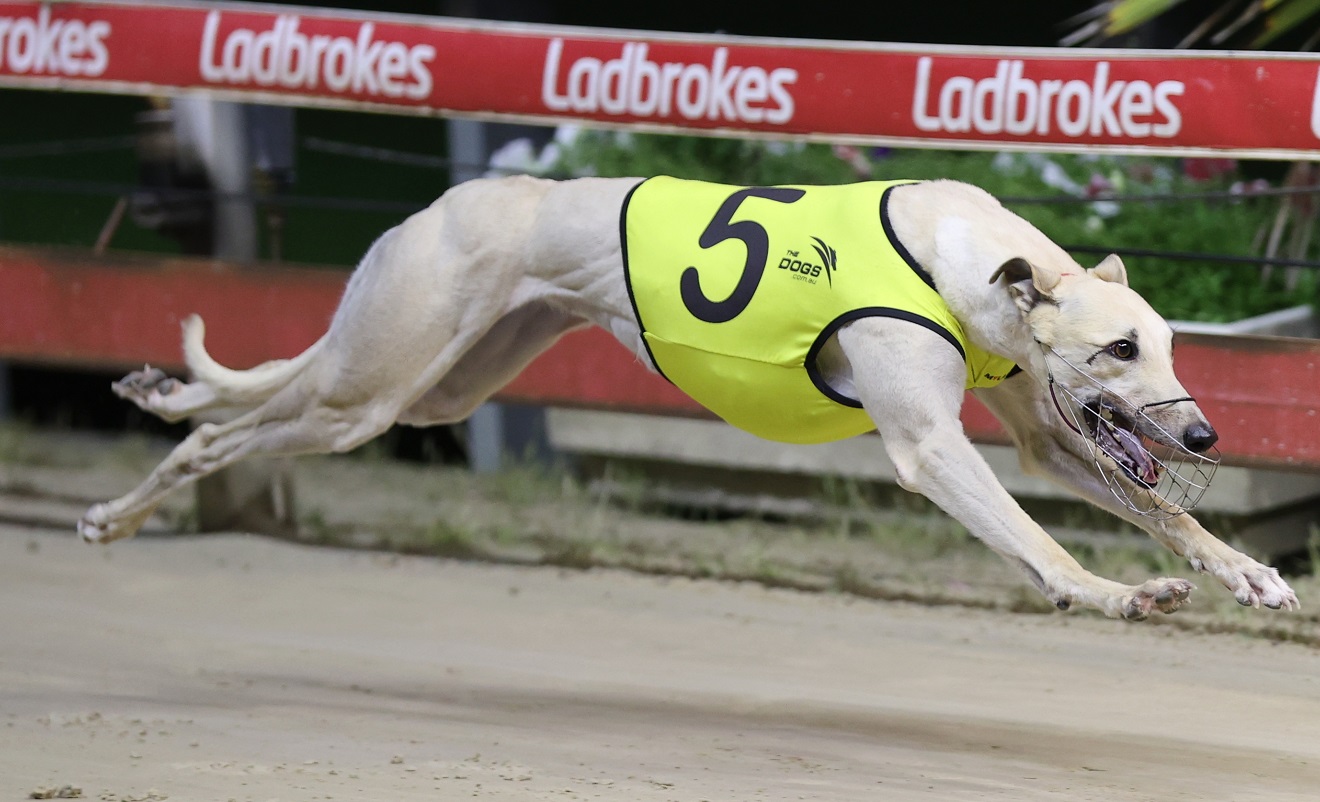 VICTORIAN studmaster Nick De La Roche is heading along a path of “firsts” with the ultimate aim the Group 1 National Futurity (520m) coming up at Wentworth Park in the New Year.

Nick bred Yuko Girl, raced by his wife Lisa, which runs in a 5th grade final off the rails at Wentworth Park on Saturday night.

The daughter of Zambora Brockie and Yuko comes into the final off a 29.81 heat win at her first start at Wentworth Park and off her first 520m outing.

She had the five in her heat win and led throughout.

And, she boasts a record of six starts for five wins and a second for trainer Sam Sultana.

“She is one of seven from the litter out of Yuko, a Kiowa Mon Manny-Destini Warrior bitch we bred and raced to win eight races including a city win. Her litter brother, Yeo Yeo, won 13 races and $46,000.”

Nick had bought the mother Destini Warrior, a Where’s Pedro-Grey’s Destiny bitch and a litter sister to champion stayer Destini Fireball, from Norm and Janis Rinaldi when desperate to buy into one of US greyhound racing’s finest damlines.

“We put her to Kiowa Mon Manny to saturate the US blood, and then decided on Zambora Brockie for Yuko’s first mating,” said Nick.

“The pups were reared at Martin Hallinans and due to Covid we decided to get them educated in NSW, a first for us.

“They went to Cudal and this bitch went 19.10 which I was told was very nice.

“They suggested a couple of pre-trainers for us and Sam Sultana was the first person I rang.

“Sam has liked her from the moment he put her in to work. The best thing about her is she has continued to improve with every run she has had.

“Prior to last week’s heat, she had only had a box to box at Wenty so for her to run 29.81, it was an exceptional effort.

“Sam is very keen to give her a chance in the upcoming Futurity. She deserves a crack at it.

“Sam has placed her very well.”

Nick was chased to sell Yuko Girl after her debut win at Richmond over 400m in 22.76 early in November but the bitch is not for sale.

“My number one plan for her is her future as a broodbitch,” said Nick.

Dam Yuko is due on season and Nick plans to continue the Zambora Brockie theme by putting her to his Group 1 winning son Houdini Boy which he stands at his stud at Newhaven Stud in Victoria.

“We are very excited about Yuko Girl,” said Nick. “Ecstatic in fact.”