Near Record Run Has G1 Hero Set For Return

GROUP 1 winner Equalizer is set for a return to the track after successfully completing a satisfactory trial at Bendigo on Wednesday night. 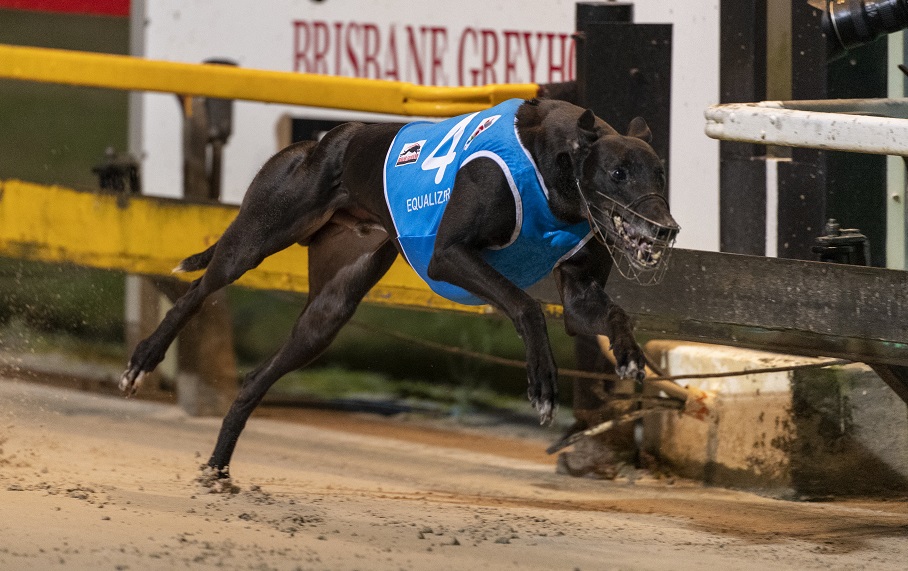 GROUP 1 winner Equalizer is set for a return to the track after successfully completing a satisfactory trial at Bendigo on Wednesday night.

The Brisbane Cup winner hasn’t raced since August last year having been sidelined by a career threatening Achilles tendon injury, followed by a torn triangle muscle.

Having been more than six months since racing, it was mandatory for Equalizer to trial before being cleared to race. He ran 23.41 in his trial – just two lengths off kennelmate Typhoon Sammy’s track record – delighting trainer Jason Thompson, and the three-time Melbourne Cup winning conditioner reported his charge has pulled up well this morning.

“He went alright, I’m just happy that he got through it,” he said.

“He looks like he’s pulled up really well and we’ll just continue on with getting him back to racing again.”

Thompson admitted he didn’t think Equalizer would return to the track following his most recent set back.

The half-brother to dual group 1 winner Black Opium had commenced stud duties, and Thompson said that the response from breeders had been positive and that Equalizer already has a number of litters on the ground.

🥳 Congratulations to the the Thompson and Brett families and connections on a brilliant 29.52 performance from box four! pic.twitter.com/W31geoISfV

However being so young at the time of injury – Equalizer only recently turned three – meant that Equalizer had time to make a full recovery and make his return to the track.

“He had been retired from racing but he stayed in the race kennels and we kept him in work because he was a young dog and he was enjoying it and was happy,” Thompson said.

“I just decided one day I’d slip him up the straight and he got through that really well. I probably gave him 10 free gallops up the straight before we put him behind the lure and each run he came through unscathed.

“We got to a point now where he’s done his satisfactory and came through it well again and can look to put him in a race.”

Thompson has always had a high opinion of the regally bred son of KC And All and Captivating. Equalizer has won 20 of his 48 career starts – 14 of which have been in the best time of the night – and almost $400,000 in prize money.

While he doesn’t have a particular race in mind for his nine-time group race finalist, Thompson is confident that he can continue to build on that impressive record.

“I just want to get him back racing and get him into race mode again,” he added.

“The times he’s running indicates that if he stays sound, he’ll get back to where he was running in the good races. But you just want to get through the first two or three races and take it from there.

“He proved prior to breaking down that he’s as good a race dog as any in Australia. He didn’t win his races leading, he won them coming from midfield or behind in Free For Alls and group races.

“Hopefully he has plenty to look forward to this year.”