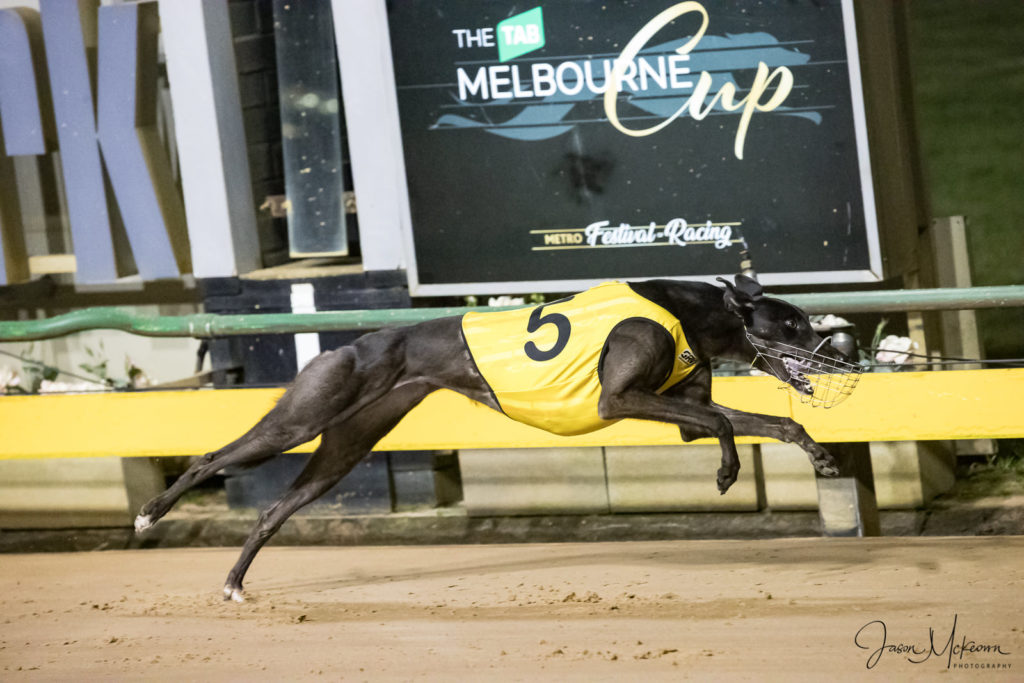 Injured hock ligaments have kept her sidelined since late December, and while trainer Mark Delbridge was hoping to have the daughter of Allen Deed ready for the $125,000 to the winner Country Classic, the series has come too soon for the Group 3 Sir John Dillon Memorial (595m) winner.

“We hoped to have her up for the Country Classic but the heats start next week so she’s not ready,” said Mark’s wife, Lisa Delbridge.

“If we had another couple of weeks we would have put her in. She’s been trialling OK but 500m is not really her go and we have to start her somewhere.

“We didn’t realise she was still a grade 5 at Sandown (over 515m) so we just thought we put her in there.

“We’ll see how she progresses but we’re just looking to see where she’s at on Thursday.”

It will be a busy night for the Balliang couple with six runners engaged across the 12 race card.

According to Lisa, their best chance in race four with Icarus Bale. Placed in 14 of his 19 starts, Icarus Bale will make his fourth appearance over the ‘500’ on Thursday night and Delbridge is confident of a forward showing.

“He probably doesn’t want the red because he wants to move off a bit, but he is starting to learn to rail,” she added.

“It doesn’t look an overly hard race – he won at The Meadows in his first 525m race there and went 30.09 so he can run the distance, it just depends on whether he gets crowded back or what he does on the first corner.”

Delbridge expects Where’s Herbie (race 3) will be better for his first 515m run last Thursday night where he ran third to Karmen Kristy, and believes Spring Bolt (race 9) can begin better and settle in a more forward position courtesy of his inside draw.

However Quincee Bale in race six was the greyhound which she gave a push for as a sneaky each way chance.

In arguably the strongest race of the night, Quincee Bale will line up against the likes of McCooly’s Lad, True Collinda and Special Talent over 595m, but Delbridge believes the favourable box draw gives him a chance at big odds.

“Over 500m he’d jump, they’d catch him on the turn, then he’d go back through the field and he’d come again,” she explained.

“When we put him over the 595m three starts back – that was his first time over the distance – I thought he’d get tired but he managed to hold on. But he jumped to the front and couldn’t get him early.

“If he can jump on the arm and can get away from them early he’s a sneaky each way chance.”