THE integrity unit of Greyhound Racing Victoria (GRV) is investigating the unauthorised export of greyhounds overseas.

News Corp has learned that in recent weeks, racing authorities in Victoria and other states have ramped up investigations amid concerns that a collection of greyhounds had been exported overseas without Greyhounds Australasia (GA) approval.

“The Greyhound Racing Integrity Unit (GRIU) has one current and active investigation relating to the alleged export of greyhounds,” Gillard said.

“GRIU cannot discuss active investigations but will be in a position to discuss the outcomes once they are concluded.

“Greyhound Racing Victoria, together with other regulators and Greyhounds Australasia, has worked to help prevent and denounce exports to countries that cannot demonstrate a standard of welfare and care equivalent to Australia.”

It’s understood the alleged activity revolves around greyhounds being flown into the UK before being rerouted to China.

The United Kingdom is a legal destination providing a passport has been granted by Greyhounds Australasia while China has been banned from receiving any Australian exports since 2016.

In the circumstances being investigated, it’s understood passports weren’t requested with Greyhounds Australasia, meaning the greyhounds were exported without any regulatory approval.

And while stringent industry rules are in place around the international movement of greyhounds, governing bodies wield little power when it comes to the more broader movement of domestic animals with major airline carriers.

“GRV continues to request the Australian Government’s assistance to put in place processes, biosecurity requirements or national legislation that can prevent greyhound exports against the national rules, even via third countries,” Gillard said.

“GRV supports strengthening national laws and information sharing to prevent unauthorised greyhound exports and ensure that GRV, and other controlling bodies, can proactively support the enforcement of the Greyhounds Australasia passport scheme.

“GRV absolutely opposes the export of Australian greyhounds to any country that does not have strong animal welfare controls and greyhound racing regulations in place.

“Our Greyhound Racing Integrity Unit is highly vigilant and will investigate allegations and evidence and take appropriate action.”

One of the industry’s major reform initiatives in recent years has been the strengthening of greyhound tracking and it was ultimately that intelligence which led to the foiling of this brazen activity by what is alleged to be a select few participants.

“And as always, GRV will investigate any alleged activity that is against the national rules.”

The greyhounds alleged to have been exported through this glaring loophole include some of the sport’s biggest stars in recent years with some sale prices exceeding five-figures.

News Corp has elected not to publish the greyhounds names while investigations continue.

It’s understood the veracity in which officials have dealt with the matter has scuppered the planned movement of further greyhounds.

In recent years, GRV, along with other state governing bodies, have tipped significant investment and resources into the industry’s welfare initiatives.

“GRV’s new Desexing and Dental Scheme is investing at least $1.5 million to help prepare racing greyhounds for retirement – this ensures greyhounds are in the best possible health for rehoming,” Gillard said.

“It also means desexed greyhounds do not have export value as breeding dogs, and that breeding is restricted only to registered breeders in properly regulated national and international jurisdictions.

“All live animal exports, including greyhounds, are subject to Commonwealth law.” 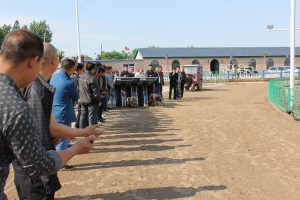 The ownership of greyhounds in China is strictly private and conducted in a clandestine manner.

Wagering of any kind in China is illegal but behind-closed-doors action is so significant, owners are prepared to pay big money to procure and or import fast stock.

Two-out match racing is normal practice and wagering can run into the 10’s of thousands of dollars for a single event.