CHRIS Halse and Linda Britton are hoping success at Pinjarra horses on Wednesday can turn into victory in the Mandurah Derby Friday night. 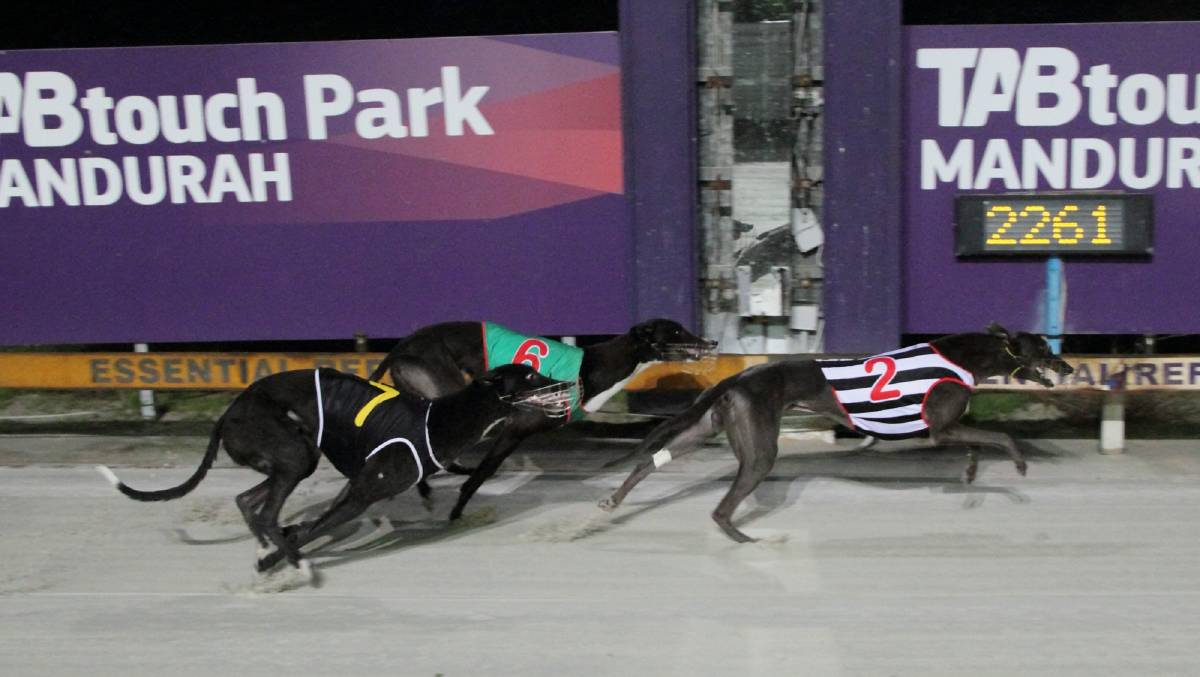 CHRIS Halse and Linda Britton are hoping success at Pinjarra thoroughbreds on Wednesday can turn into victory in the Mandurah Derby (490m) on Friday night.

Chris and Linda won the first race at Pinjarra with Men’s Club and then were beaten a nose in the second with Galaxy Cat.

“It’s been a fabulous day here,” said Chris of the winner at Pinjarra.

The Halse kennel goes into the Mandurah Derby with four of the eight finalists, West On Cider, Bubbles Away, West On Finn and Stone Cold Augie.

West On Cider and Bubbles Away are littermates by the Halse-trained superstar West On Augie from West On Maisie, while Stone Cold Sober is by West On Augie and Legit Boss and is raced by the Halse kennel foreman Luke Townsend.

Chris is plumping for West On Cider to win the Derby.

Congratulations to WEST ON CIDER for Chris Halse on winning the Puppy Classic Final tonight at Cannington. Well done to all winning connections. pic.twitter.com/GvuCjxthv2

“He’s drawn to lead and win,” he said. “His form slipped a bit but his latest run was good and he’s coming back to his best.

“He has great early pace and from the rails he can win it.

“Bubbles Away is drawn the two and he always takes one step right out of the boxes before going straight and that will suit Cider as well.

Halse rates West On Finn quicker “one out” than West On Cider but he is not as quick from the lids.

Bubbles Away takes out the final heat of the 2022 Mandurah Derby. pic.twitter.com/3XkyFcXCwJ

“The prizemoney is good and a lot of good dogs chase it.

“Every dog in the final is a sub 30-second dog around Cannington.”

“He might just be the knockout dog from the wide draw if she stays out of trouble,” he said.

“The Mandurah Derby has really grown in stature in recent years.”