HANK The Hustler claimed the group 3 Gold Cup at Wentworth Park tonight with a stunning last-to-first victory over the 720m journey. 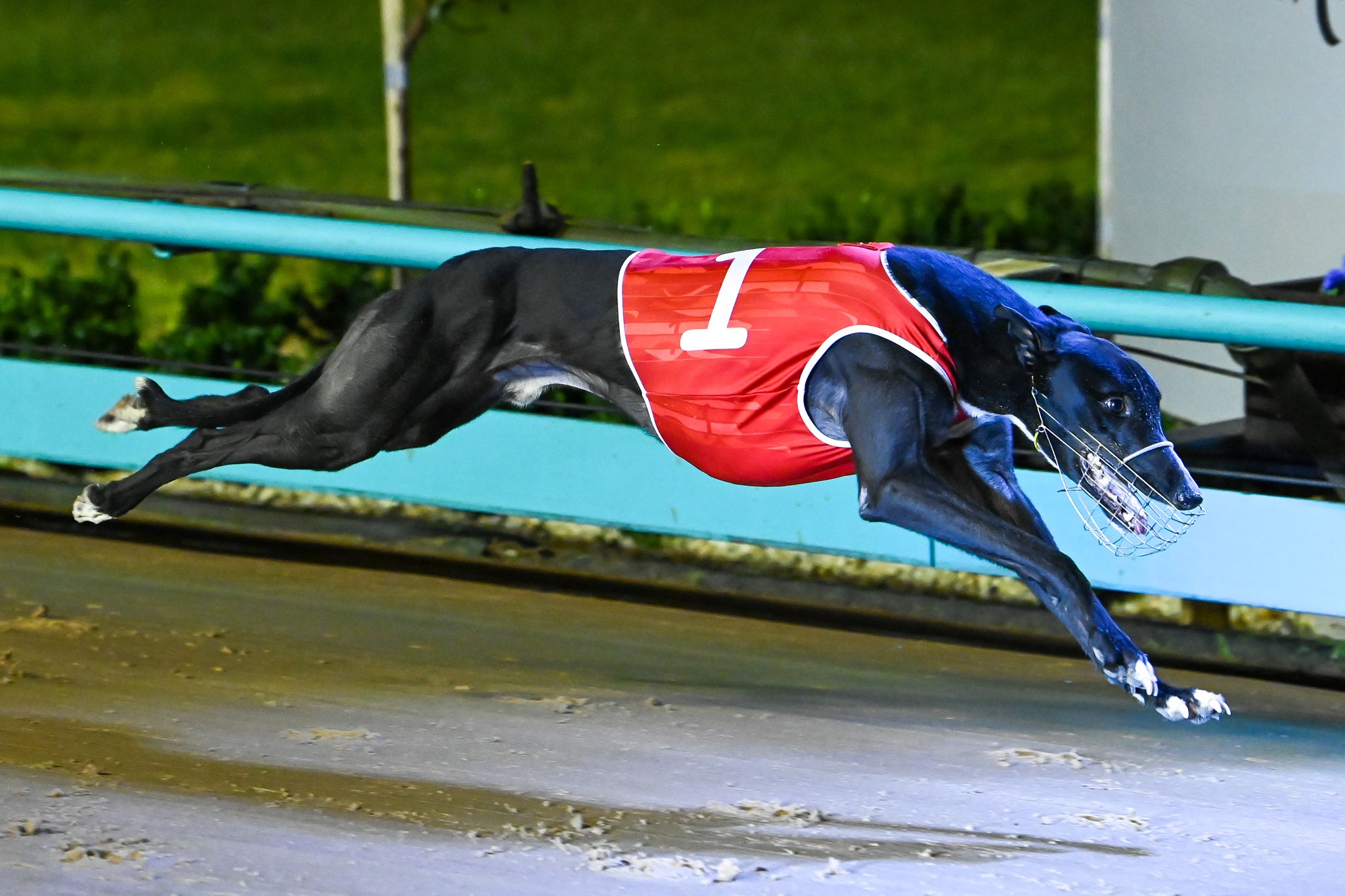 HANK The Hustler claimed the group 3 Gold Cup at Wentworth Park tonight with a stunning last-to-first victory over the 720m journey.

Second favourite Super Estrella was expected to lead but found traffic in the midfield after mistiming the start as Holistic Key railed to take the lead through the first turn.

Hank The Hustler was a clear last as they settled and with a lap to run and spotted the leaders around eight lengths.

The Jeff Britton trained stayer quickly cut that margin, sticking to the fence as the pack fanned wide through the third turn.

Full of momentum, he decisively split the tiring Holistic Key and Paris And Rome down the back straight and took off in pursuit of Super Estrella who had taken the lead passing the starting boxes for the final time.

The Gold Cup is headed south, as Hank The Hustler for Jeffrey Britton wins the staying feature in 42.27!

In the run to the line, Hank The Hustler proved too strong, nabbing the favourite in the final strides to claim a one length victory in 42.27.

The win was just reward for the Britton kennel with handler Craig Solkhon revealing he had made the trip north to Sydney six times in the previous seven week.

“It’s been a pretty hard slog but this makes it all worthwhile,” he said.

“There was a bit of trouble down by the bend through the catching pen and he snuck up the inside. I thought he’ll run a place cos the other dogs were a mile in front and then coming off the last bend he kept going and going and I thought he might win this. It’s just absolutely unreal.”

The win came two years and three days since Hank The Hustler made his debut in South Australia for owner Nathan Wilson, and Solkhon was full of praise for the dog’s consistency at the sport’s upper echelons, the Gold Cup being his fourth victory from 12 group finals.

“We’ll definitely be putting a few ‘K’s’ on the car but it’s all worthwhile.”